Mercedes is peeling bits of camo off its test cars as the development of the upcoming AMG SL goes on, revealing more of the two-seater’s exterior design.

The last batch of spy shots gives us a clearer look at the new SL, which is now an AMG product, including its convertible soft top. After two model generations and almost two decades of retractable hard-tops, the SL is going back to a lighter and less complicated fabric top.

Read Also: 2021 Mercedes-AMG SL Reveals More Of Itself In New Spy Shots, Including A Glimpse Of The Interior 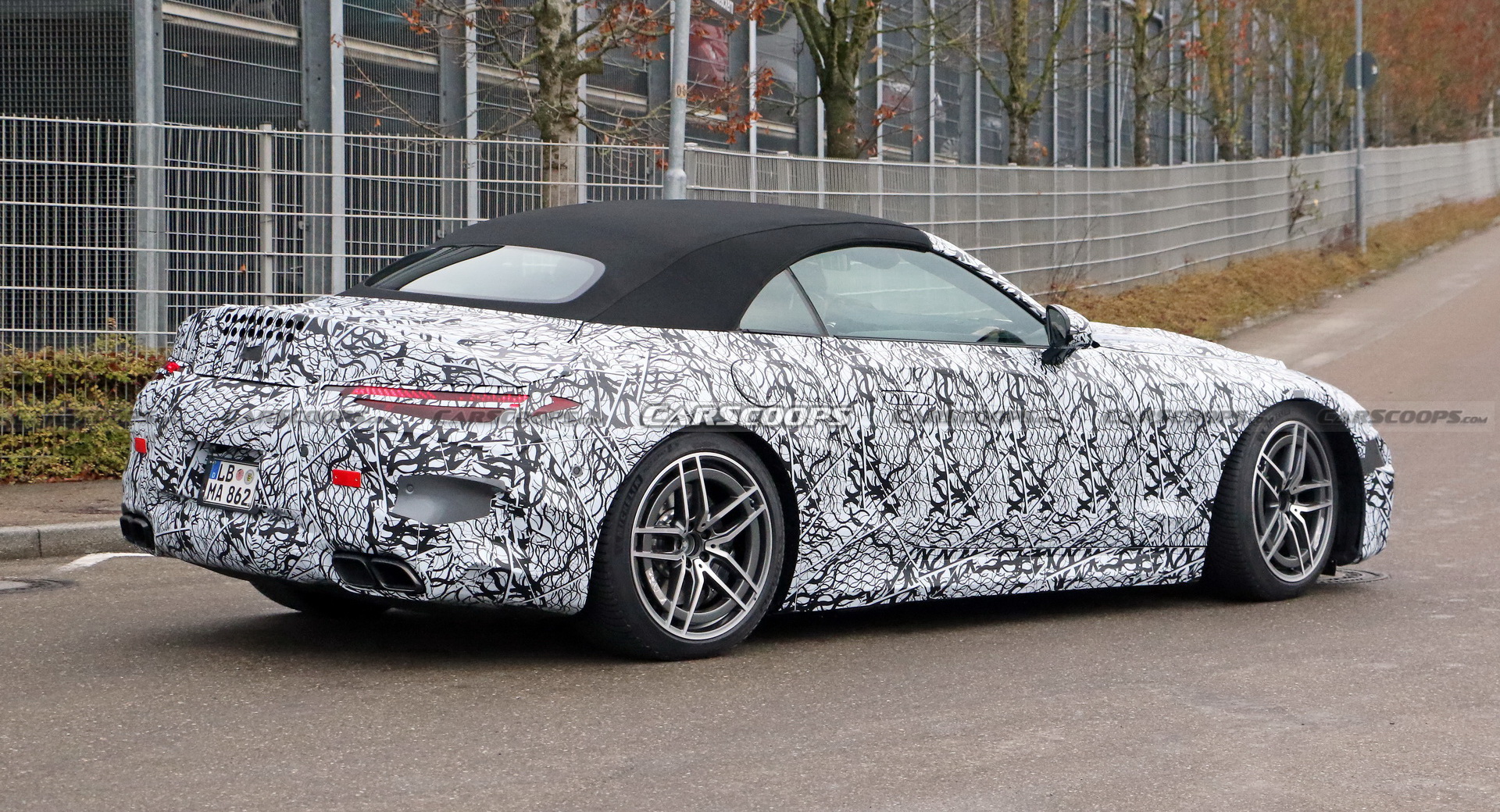 The test car also featured less cladding compared to our previous spy shots, especially at the rear end, giving a better idea of the model’s shape, as well as flush-mounted door handles. The majority of the fake bumps is concentrated upfront, around the grille, and on the hood.

AMG has previously confirmed that the new SL-Class will ride on the same platform as the next-gen GT sports car and that the new model will be far sportier than its predecessor, offering the perfect balance between handling and comfort.

The interior of the new Mercedes-AMG SL is expected to borrow most of the tech that debuted with the new S-Class, including a large portrait-oriented touchscreen display for the MBUX infotainment and an all-digital instrument cluster. The cabin is expected to offer a 2+2 setup, with the rear seats being suitable only for small children. 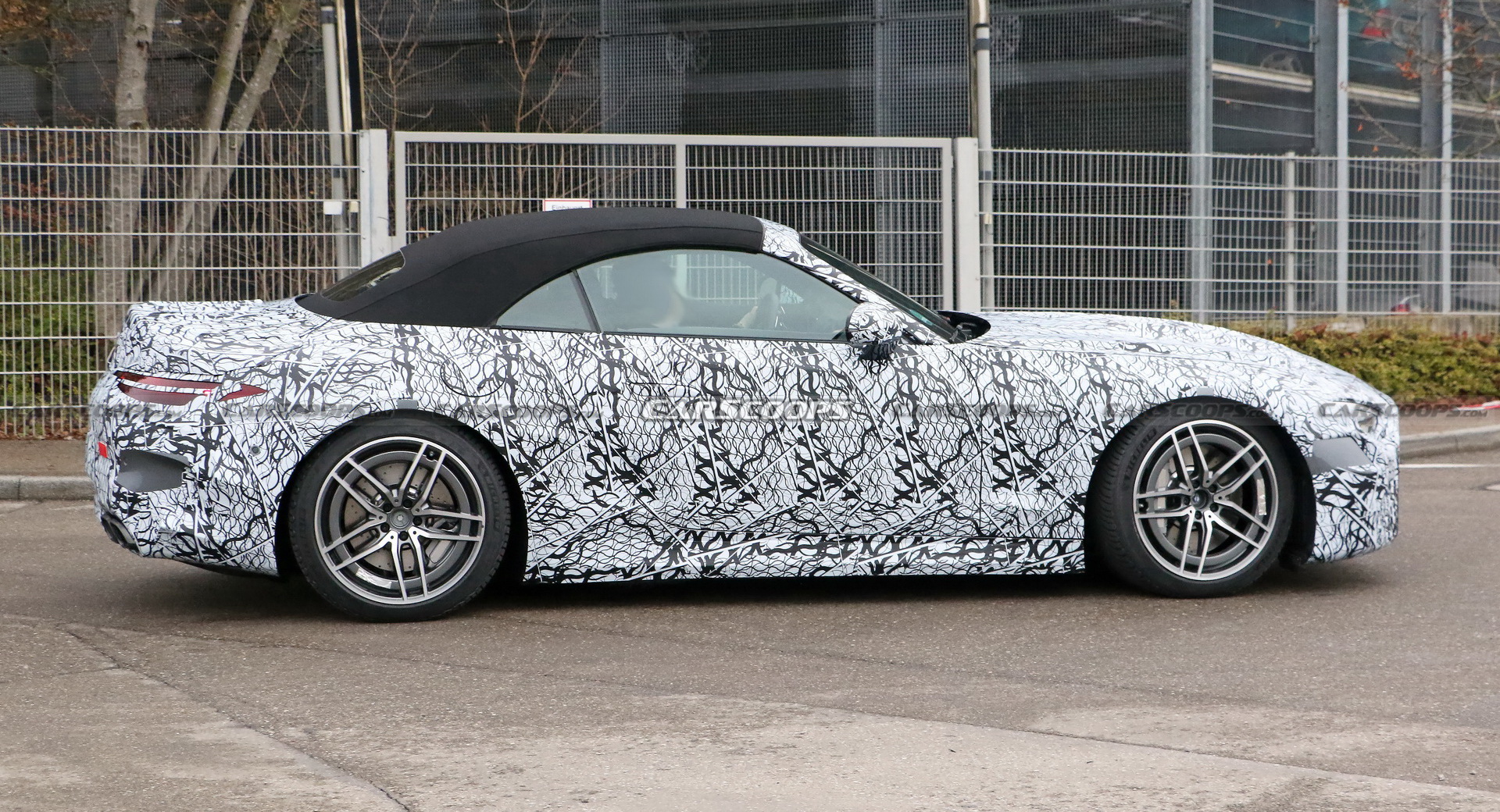 The new Mercedes-AMG SL will become available with a range of powerful electrified four- and eight-cylinder powertrains, including mild-hybrid and plug-in hybrid units. At the top of the range, reports suggest that the SL 73e nameplate will be used featuring a plug-in hybrid 800 HP unit, which will combine the twin-turbo V8 with a 200-plus HP electric motor. Other models in the new SL-Class lineup will include the SL 63, which is expected to offer 612 HP.

Perhaps AMG’s biggest surprise is the new electrified four-cylinder powertrains, which will be offered in hybrid and plug-in hybrid versions, across a number of different models, starting with the next C63 AMG, the next AMG GT and of course the new SL-Class.

We still don’t know if the new hybrid four-cylinder powertrains will find their way into North America, as there’s a chance of Mercedes keeping the electrified straight-six units, as used in the current AMG 53 models, alive there for more years.

Mercedes is expected to reveal the new AMG SL in the first quarter of 2021.