It’s been months since we last saw the Hyundai Santa Cruz, but work continues on the pickup as Carscoops reader Dan spotted a prototype at a gas station in Colorado.

Dressed in heavy camouflage, the Santa Cruz draws inspiration from a similarly named concept which was introduced in 2015.

Considering so much time has passed, it’s little surprise the production model will differ from the concept. As you can see, the road-going pickup will feature a wider grille and more angular accents. 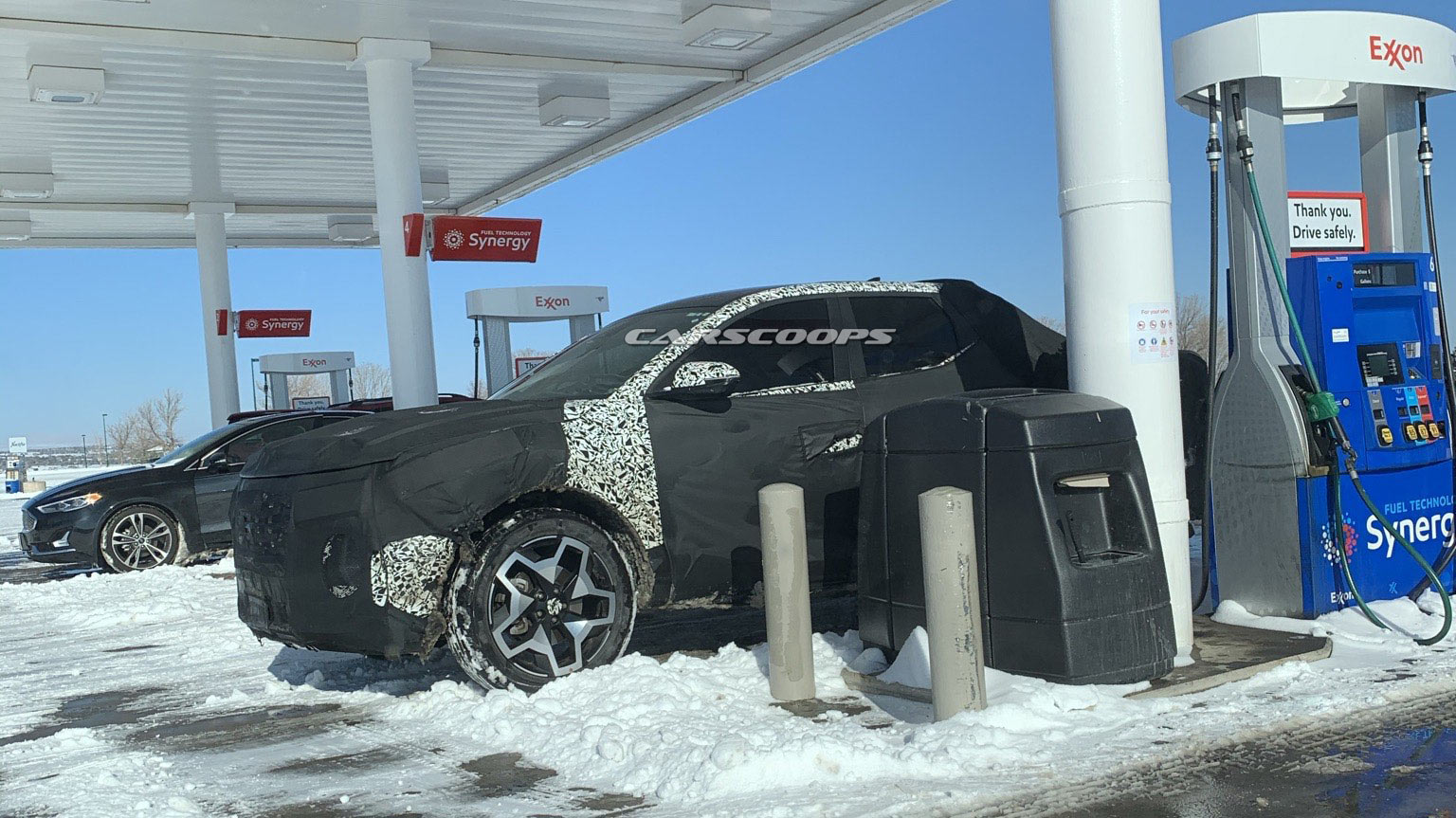 Those aren’t the only changes as the Santa Cruz features a new central air intake and what appears to be headlights inspired by the Palisade. Continuing further back, the truck has been equipped traditional door handles and an angular rear pillar.  The model also adopts a crew cab configuration rather than the concept’s extended cab setup.

Hyundai hasn’t said much about the truck lately but, back in 2019, the automaker confirmed the Santa Cruz would be built in Montgomery, Alabama starting in 2021. At the time, the automaker said the model would appeal to millennials as well as anyone “who want[s] all the traditional attributes of a compact utility vehicle, but need[s] the day-to-day versatility of an open bed.” 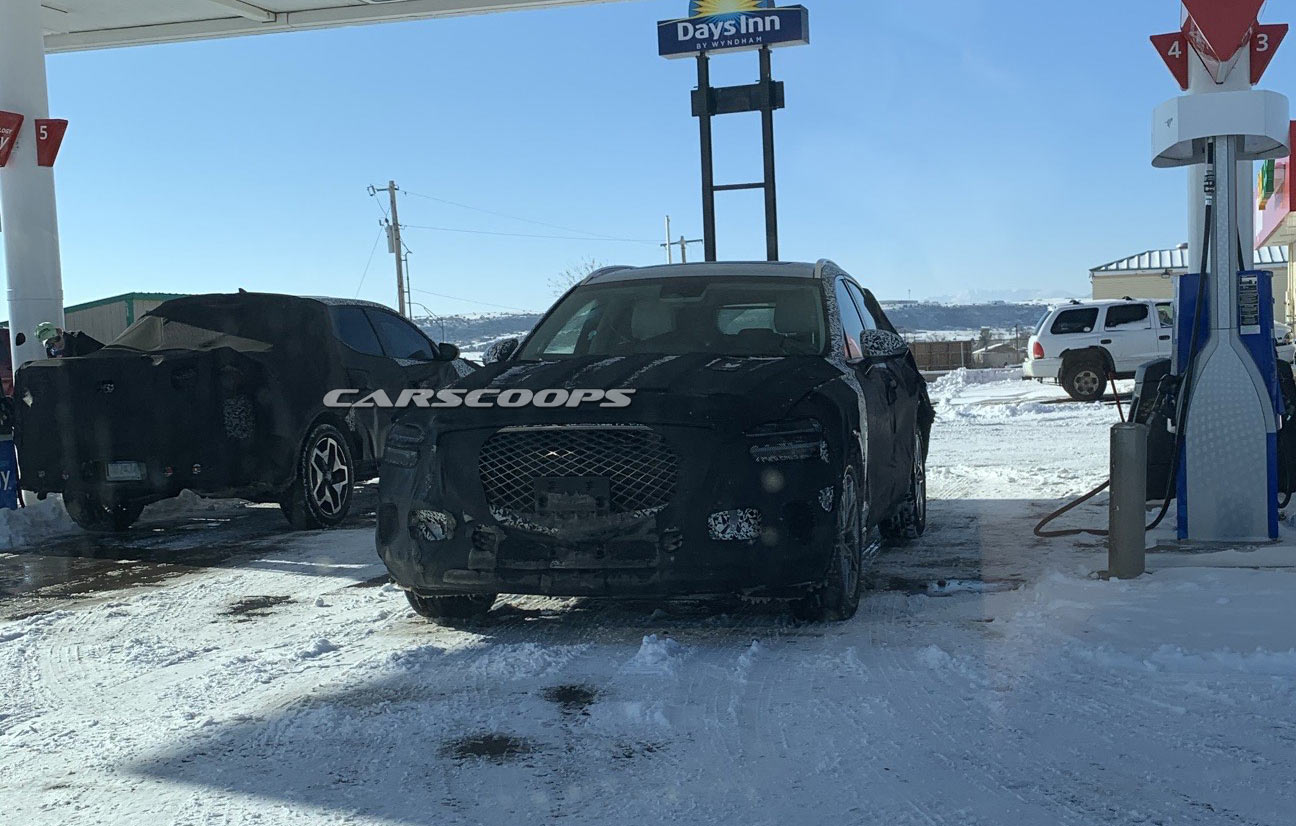 The 2022 Genesis GV70 was also spotted alongside the pickup. While it’s heavily disguised, the crossover was unveiled earlier this month and will arrive at U.S. dealerships next year.

Thanks to Dan for the pictures!