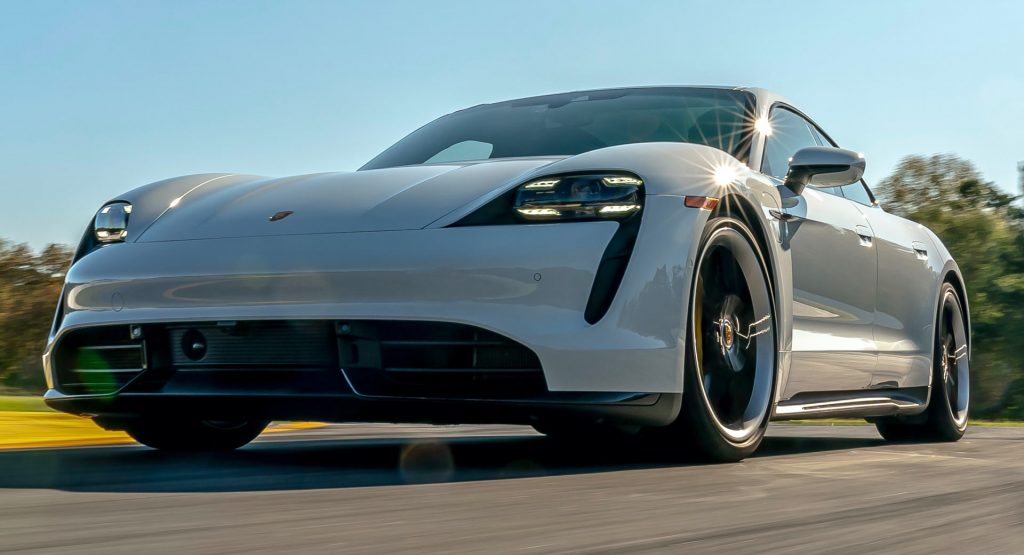 The Porsche Taycan continues to rack up lap records as the model is now the fastest EV around Road Atlanta.

Porsche didn’t say much about the feat, but they noted the Taycan Turbo S was well-equipped for the task as it comes standard with ceramic composite brakes, torque vectoring plus, rear wheel steering and an adaptive air suspension with Porsche active suspension management. The model was also outfitted with the optional Porsche dynamic chassis control system and 21-inch Mission-E wheels wrapped in factory Pirelli P Zero NF0 Elect tires.

Also Read: Porsche Taycan Quickest EV Of Its Kind On The Nordschleife With 7:42 Lap

The company noted the only change was that the tire pressures were “adjusted to provide a hot pressure of 41 PSI across all four tires for the lap.” That’s hardly worth mentioning, but the lap time was verified by Racelogic who used their VBOX Video HD2 system.

Following the record breaking lap, Keen said “The performance through the turns was surprising. Turn-in, in particular, was crisp and consistent, and the steering response was immediate and communicative.” He went on to say, “The electric motors respond so quickly, the power is right there when I need it, and combined with the active differentials, makes the Taycan a game changer when it comes to handling.”