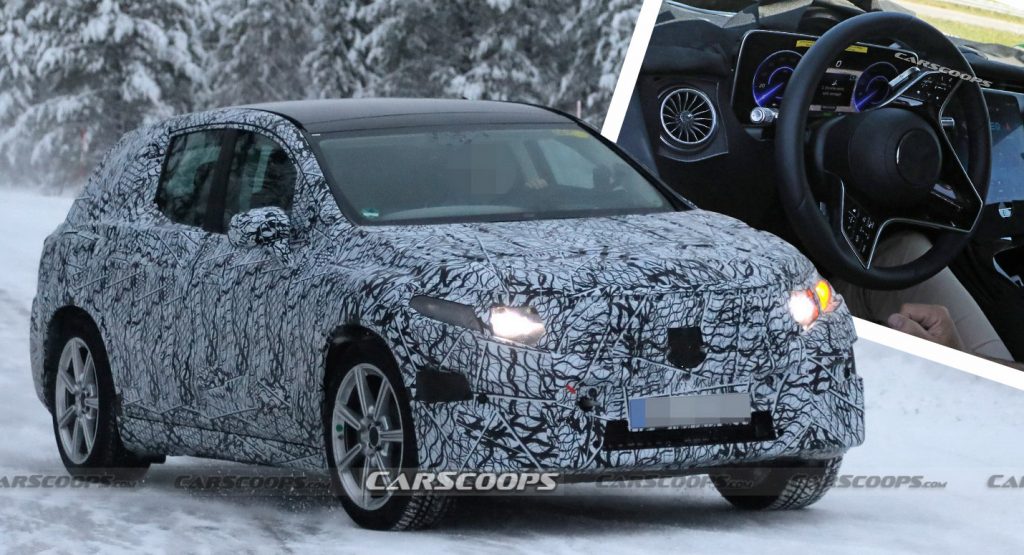 Mercedes-Benz has kicked off winter testing of their upcoming EQS dedicated electric SUV with the prototype spotted in Scandinavia. Somewhat confusingly, Stuttgart is using the same model series name (see the official teaser video here) for the sedan and SUV versions of both the range-topping EQS and the mid-size EQE, though that might change by the time they hit the market in 2022. [Updated 12/12/2022]

Dressed in heavy camouflage, the SUV version of the EQS has a fully enclosed grille which is flanked by sweptback headlights. Additional details are hard to make out, but the model has a small air intake and a rakish windscreen that flows into a gently sloping roof. 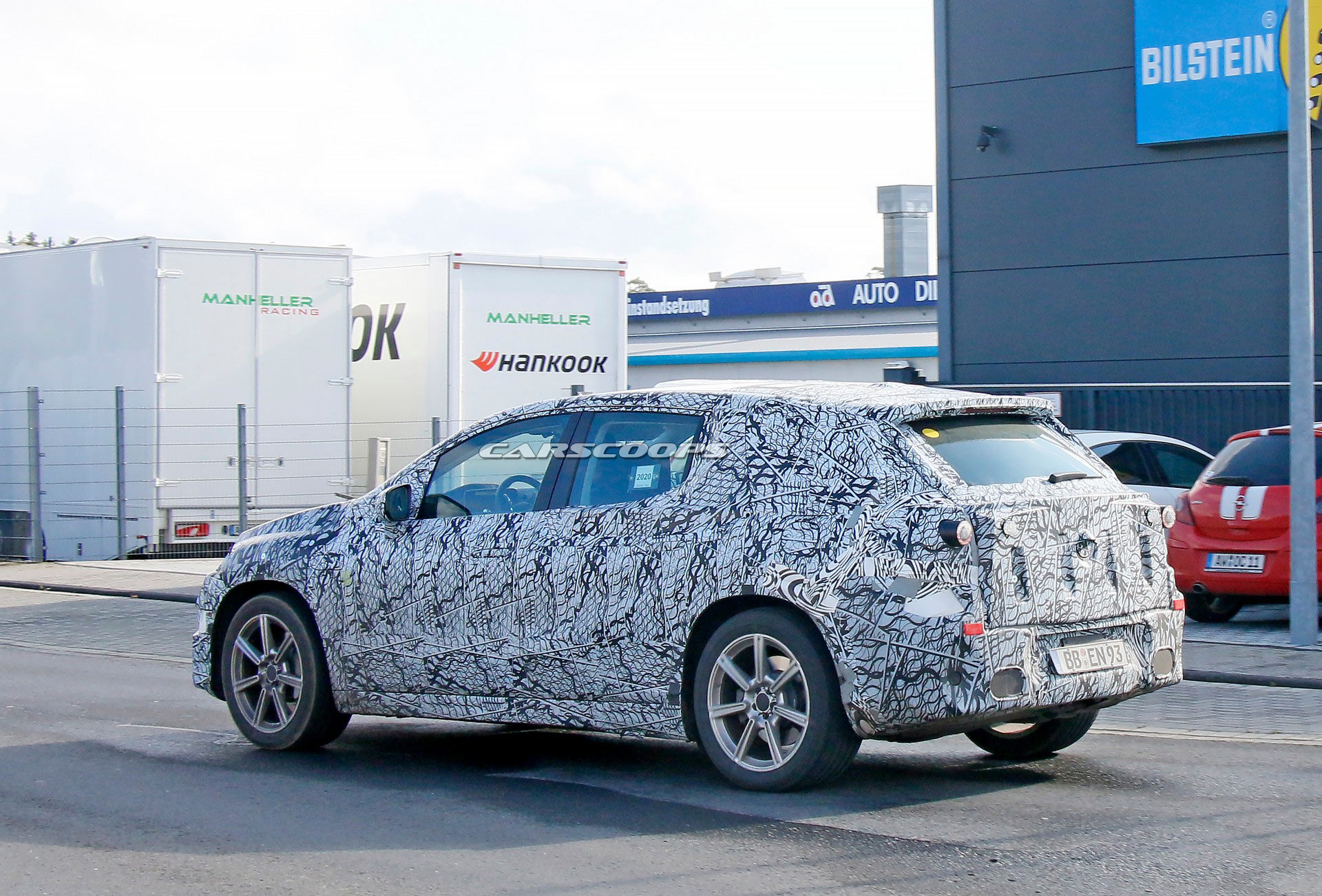 Moving into the cabin, we can see a free-standing digital instrument cluster and an infotainment system that rises out of the center console like on the redesigned S-Class. There are also turbine-style air vents, metallic trim and a familiar steering wheel. 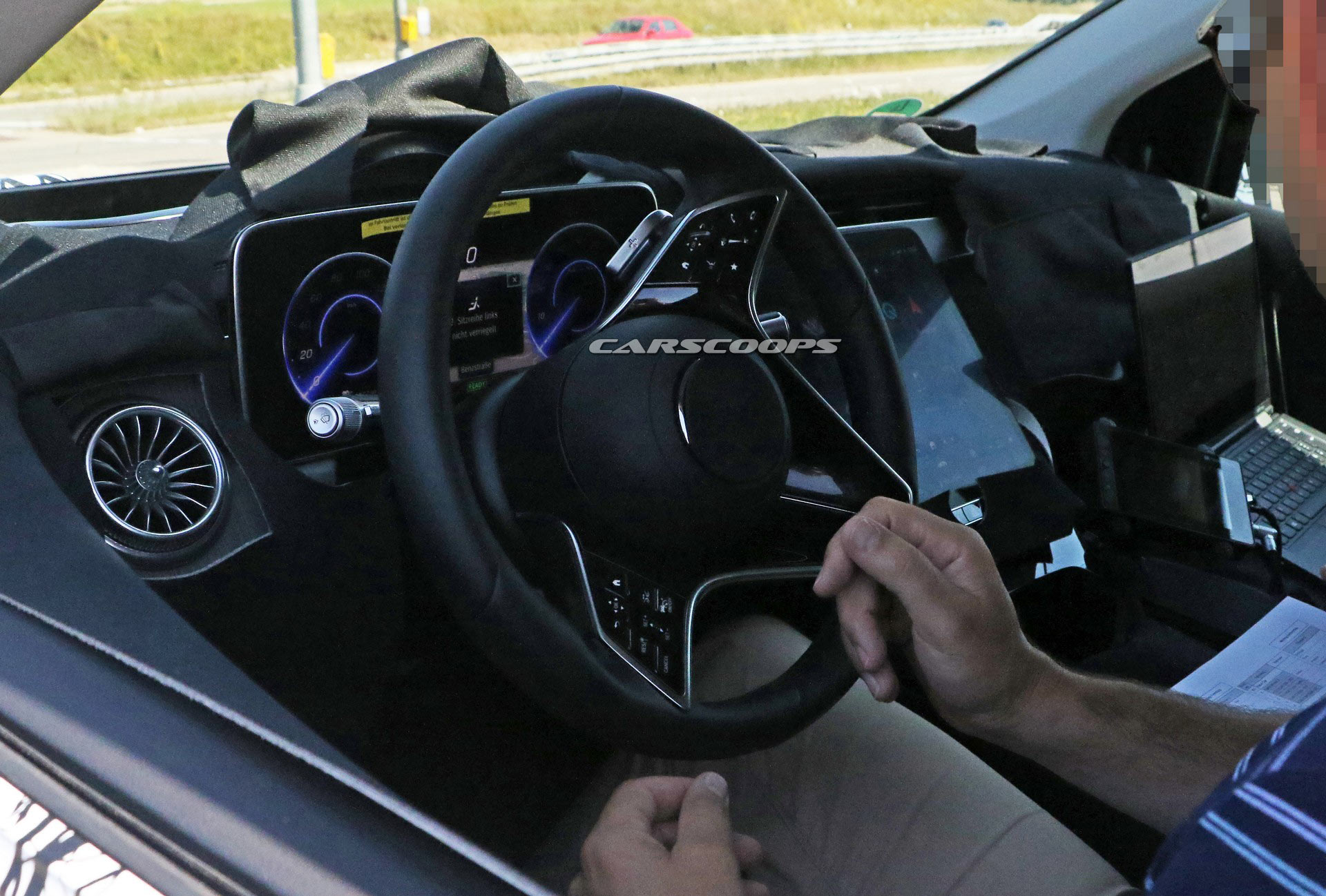 While Mercedes recently teased the crossover, the company didn’t say much about it. However, it will be based on the company’s new electric vehicle platform and could have a range of up to 435 miles (700 km).

Performance specifications remain a mystery, but the sedan version of the EQS is rumored to have outputs ranging from approximately 395 hp (294 kW / 400 PS) to more than 592 hp (441 kW / 600 PS). Those specs will likely carryover to the EQS SUV, but we’ll likely get a better idea of what to expect when the EQS sedan is introduced next year.