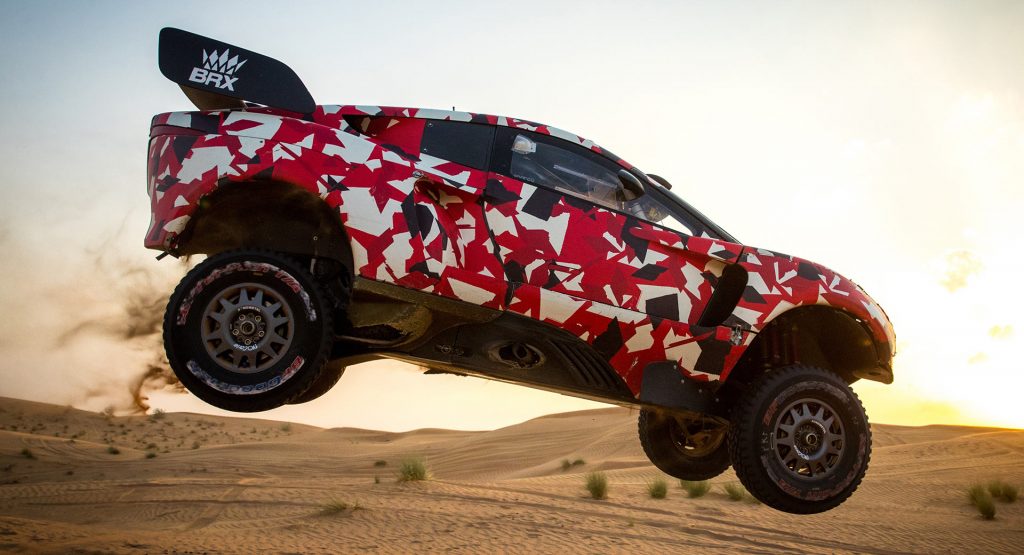 This is the Prodrive BRX T1 and it is the vehicle that rally legend Sebastien Loeb will race at January’s 2021 Dakar Rally.

Showcased for the first time with a unique red, black and white camouflage wrap, the Prodrive BRX T1 is being entered in the grueling race by Bahrain Raid Xtreme (hence the BRX name). It has been developed by Prodrive and was styled by ex-Jaguar head designer Ian Callum. 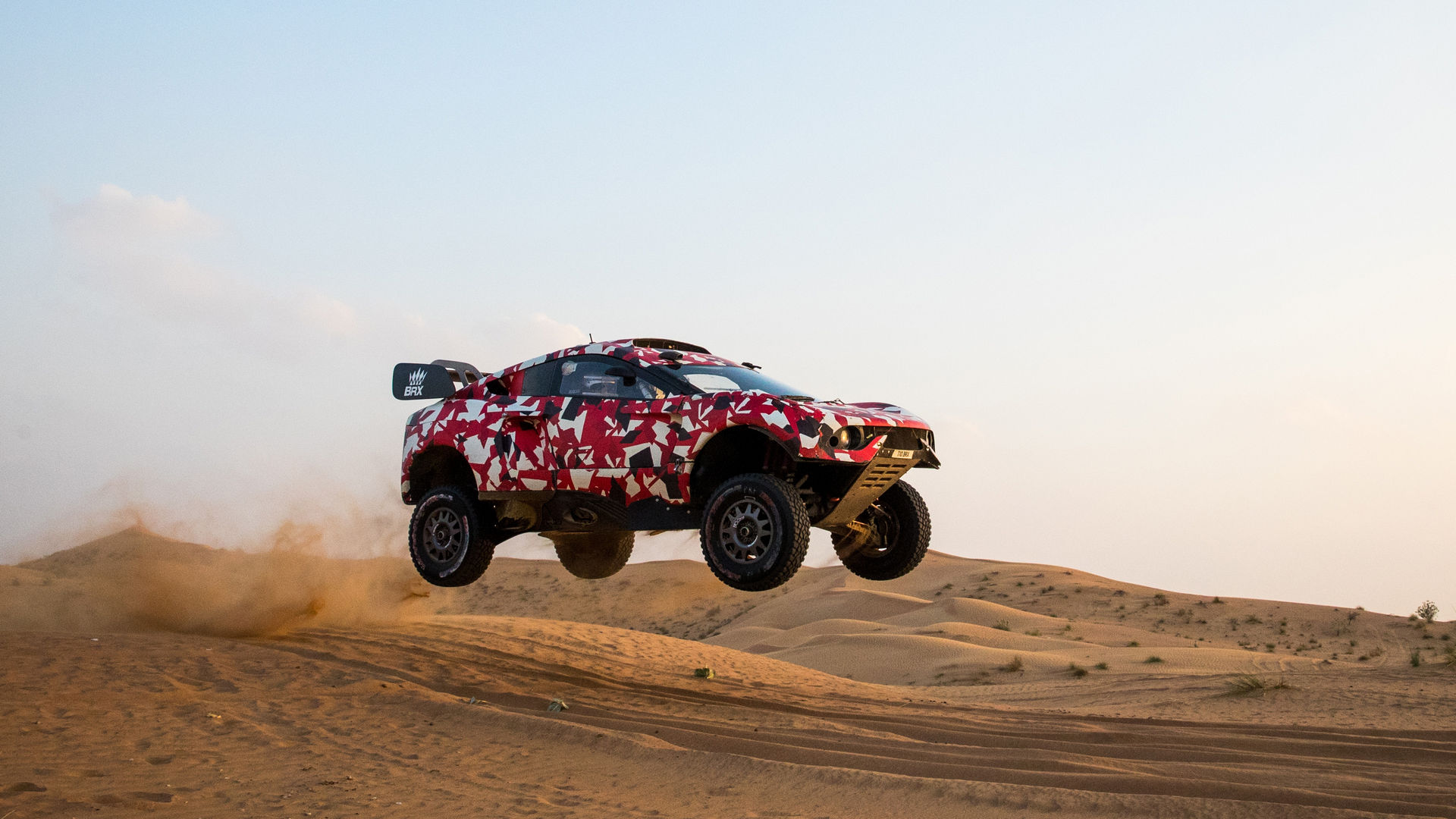 Powering the BRX T1 is a tweaked version of Ford’s 3.5-liter EcoBoost twin-turbo V6 rated at 400 hp and 516 lb-ft (700 Nm) of torque. As this is a race car, the production-car derived engine is not mated to a transmission from a road-legal vehicle and is instead coupled to a six-speed sequential racing gearbox. Power is sent to all four wheels and the car has front, center and rear differentials.

Engineering a vehicle that can withstand the rigours of the Dakar Rally is no small feat, so Prodrive has built the BRX T1 around a high-strength steel tubular chassis while the body panels are made from carbon fiber. It tips the scales at 4,079 lbs (1,850 kg).

As for the design, the front features a set of small headlights and small grille, as well as a massive skid plate to protect the undersid. It also has a massive roof scoop and a large rear wing.