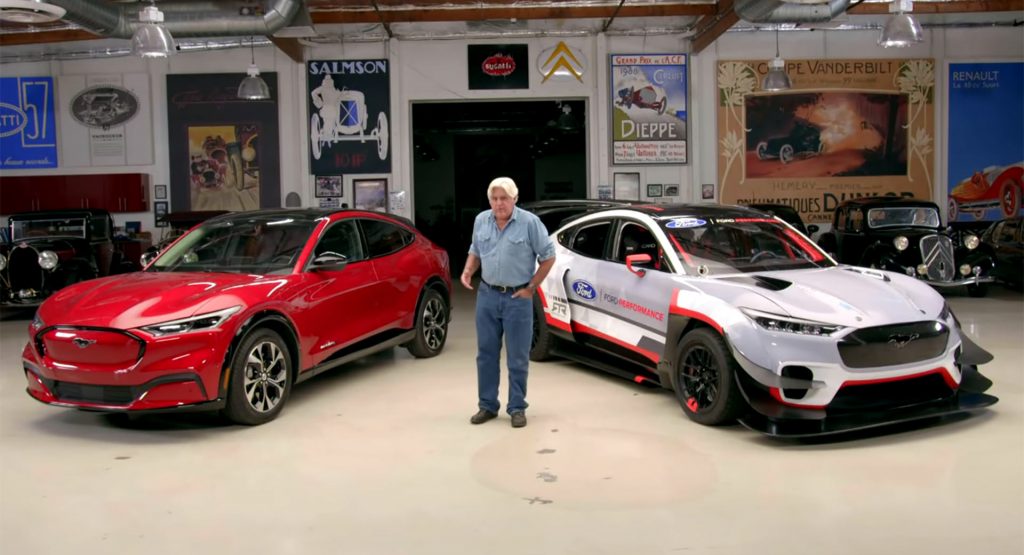 The Mustang Mach-E is one of the most important vehicles released in recent memory by the Blue Oval. Eager to see what it is all about, Jay Leno was joined by Ford chief executive Jim Farley at his garage to check out both the road-going Mach-E and the one-off Mach-E 1400 developed as a technical showcase for EVs.

Most of the video is about the street-legal Mach-E, which isn’t much surprise, while the final few minutes are dedicated to the Mach-E 1400. Despite being a traditional automotive enthusiast at heart, Leno appears quite fond of electric vehicles and is impressed with the technologies that have been packed into both cars.

As Ford hasn’t yet provided journalists the opportunity to test out its new EV, Leno wasn’t able to take the car out onto the streets. Nevertheless, it is fascinating to hear Farley talk about the Mach-E and well worth a watch.