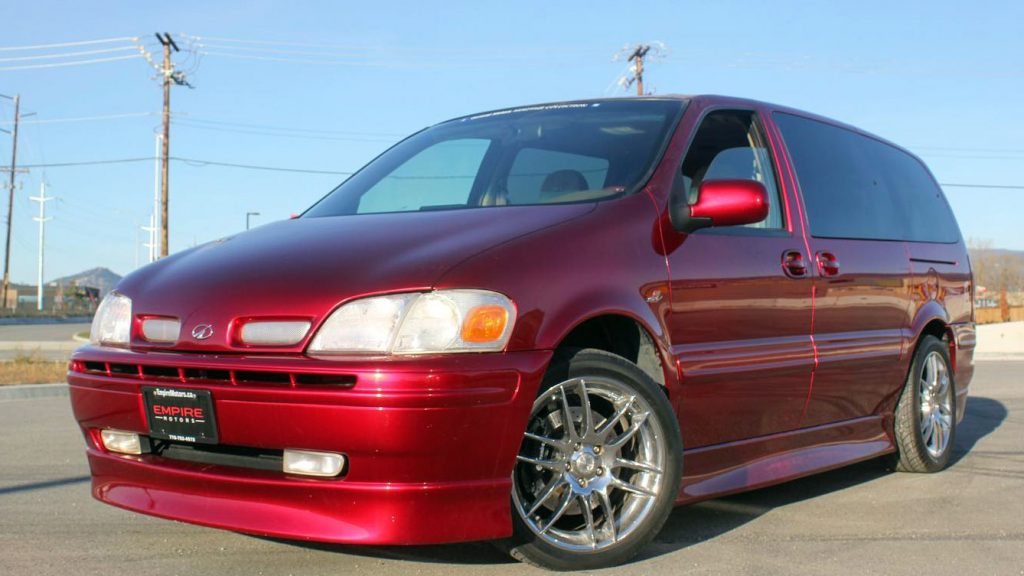 Recently, someone scooped up a piece of GM history: the Oldsmobile Silhouette OSV concept that somehow found its way to Empire Motors in Kelowna, B.C. Canada.

According to the Autotrader listing that has now been removed, just a few days after we discovered it, the concept was priced at just $8,588.

Besides a minor role in the 1995 mafioso comedy ‘Get Shorty’, the Oldsmobile Silhouette was never known for its cool factor. First introduced as one of GMs “Dustbuster” vans back in 1990, the Silhouette was more likely to be found in an airport rental parking lot than a kids bedroom poster.

Read Also: The Last Oldsmobile Is Being Auctioned Off In New York Tomorrow

The Silhouette (and its GM siblings) received a total redesign for 1997, with Oldsmobile discontinuing short-wheelbase models after 1999. This didn’t earn the van any street cred, but it helped to distance the Silhouette from its badge-engineered brothers.

Olds going out with a bang

By 1999 the folks at Oldsmobile could see the writing on the wall; the 102-year-old carmaker would announce its demise by the following December. Somehow the GM bean counters let this one slip through the cracks as Oldsmobile readied a line of concepts for the annual SEMA show in Las Vegas. It was one last hurrah before the brand officially closed shop in 2004.

Oldsmobile Specialty Vehicles (OSV) readied three concepts based on the Alero coupe, Intrigue Sedan and, surprisingly, the Silhouette minivan. The Alero and Intrigue were fairly attractive cars in their day, made even more so by all the OSV enhanced visuals cues. Blown motors and raspy exhausts made sure there was no confusing the OSVs with your father’s Oldsmobile.

The Silhouette received all the visual cues like its stablemates, but sadly no blower – all the 3.4 liter V6 got was an upgraded intake and exhaust system with the same semi-oval tips as the Alero and Intrigue. It also featured chrome wheels wrapped in sticky rubber with big Brembo brakes, which meant there would be functional improvements as well; after all, they had to make sure it could handle all 215 ponies. Show-stopping paint, ground effects, and a two-tone Recaro laden interior helped bring it all together. 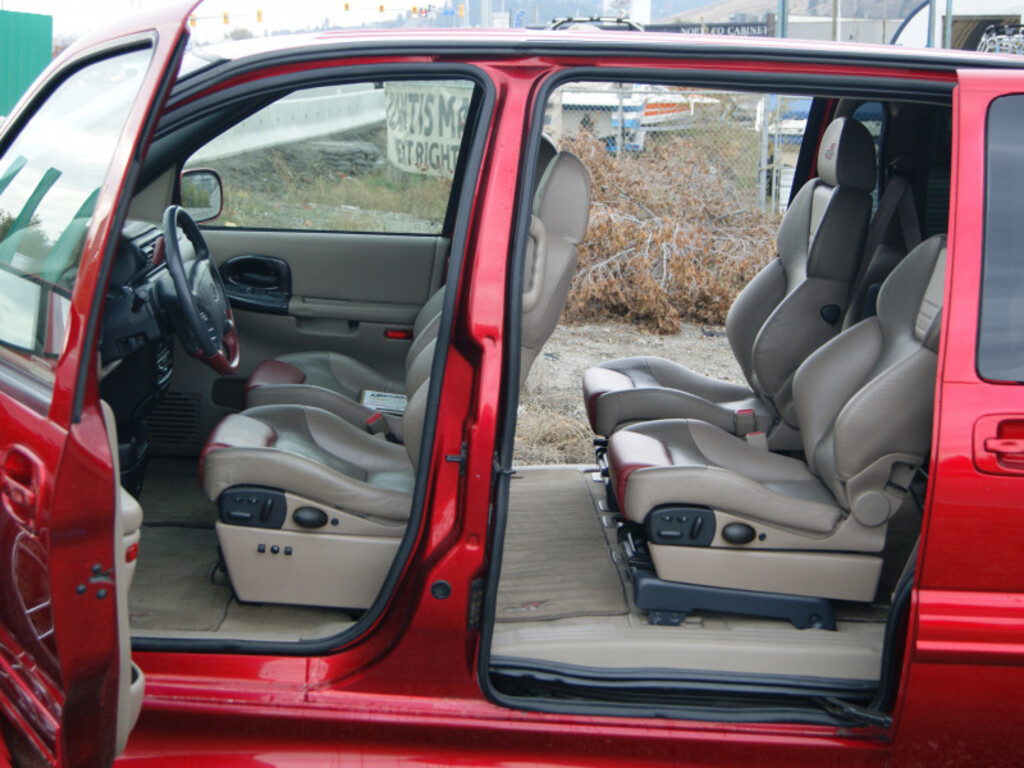 Like most concept cars, the OSV cars went away into storage, never to see the light of day, save for a couple of future events and shows. Nevertheless, the OSV cars have popped up for sale from time to time, but this Silhouette is actually road legal.