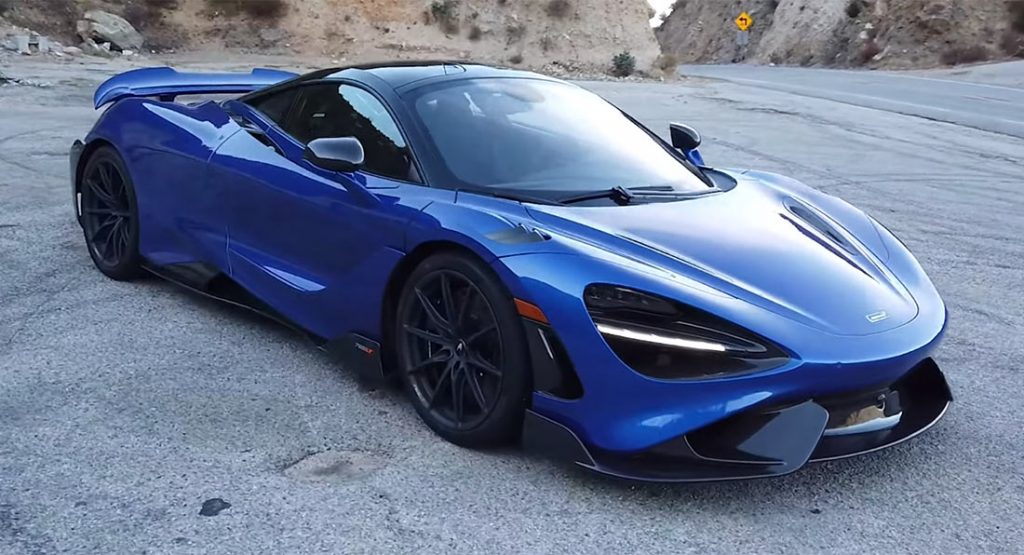 Roughly three and a half years ago, the McLaren 720S was unveiled and took the supercar world by storm. Now, it has been followed up by the hardcore, track-focused 765LT, and Matt Farah from The Smoking Tire has had the opportunity to put it through its paces.

Powering the 765LT is a 4.0-liter twin-turbocharged V8 that has been upgraded to deliver 755 hp and 590 lb-ft (800 Nm) of torque, impressive gains of 45 hp and 22 lb-ft (30 Nm) over the 720S. However, as dyno runs have proven time and time again, the 720S’s power and torque figures are rather conservative, so we wouldn’t be shocked if the 765LT’s actual output exceeds McLaren’s official numbers.

Various other modifications have been made. They include a bespoke titanium exhaust that is 40 per cent lighter than the exhaust of the 720S, the same braking components as the Senna, a unique suspension and a revised gearbox that results in 15 per cent quicker in-gear acceleration compared to the 720S. All up, the 765LT requires a mere seven seconds to hit 124 mph (200 km/h), 1.6 seconds quicker than a Lamborghini Aventador SVJ and 1.2 seconds quicker than a Porsche 911 GT2 RS.

During this review, Farah notes that the 765LT could be the quickest production car he has ever driven on the street, as it accelerates at truly insane speeds and has so much power that it can spin up its rear wheels in fourth gear.