Hot on the heels of Maserati launching its Fuoriserie program a couple of months ago, designers from the Italian car manufacturer have released renderings of a rather unusual MC20.

This MC20 has been designed as a concept with a focus on snow-driving. To prepare the mid-engined supercar for such conditions, a handful of modifications appear to have been made. 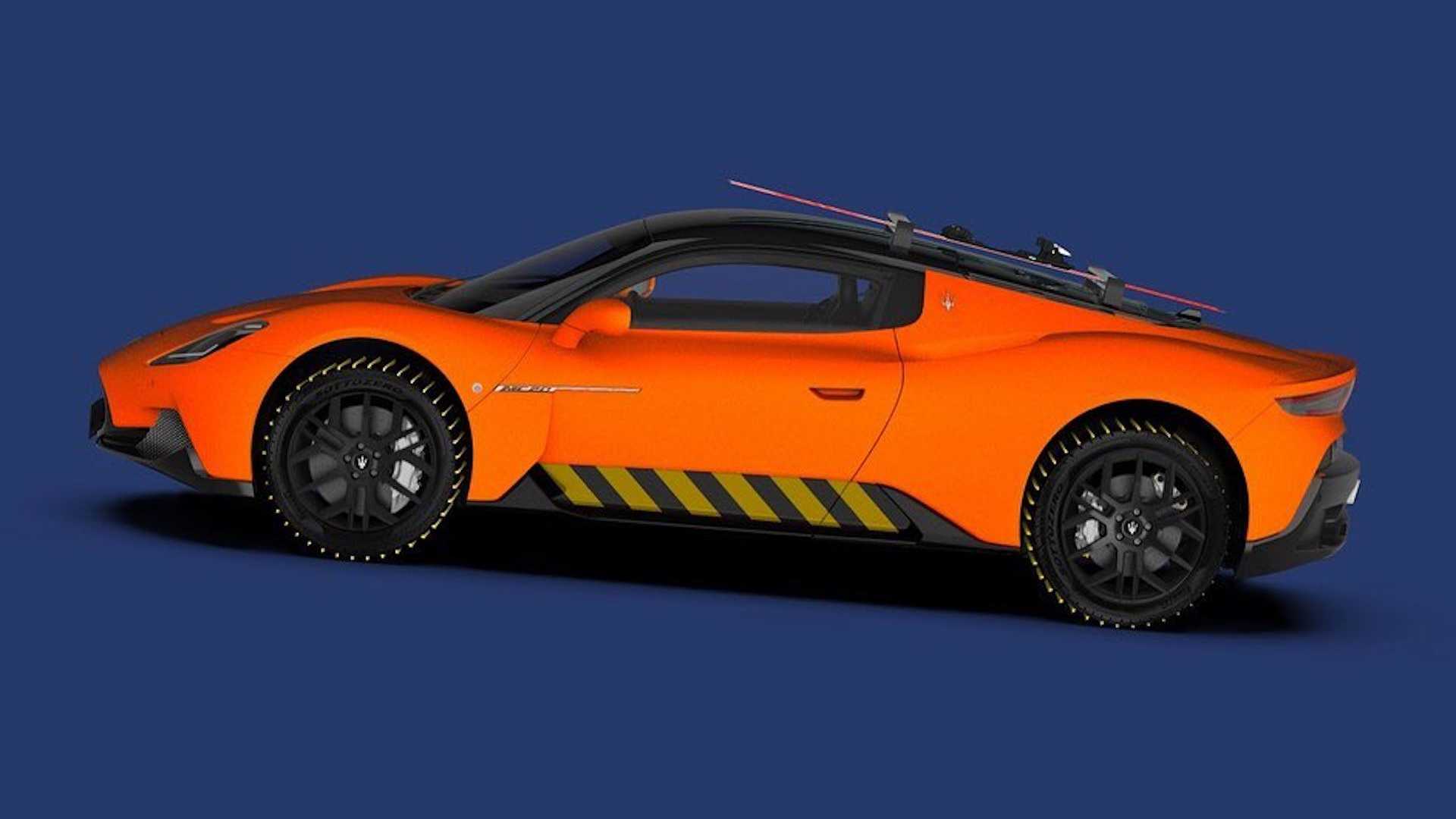 Most notably, the car has been finished in a bright shade of orange that would help it stand out in the snow, as opposed to blending in with the initial shade of white used in the launch car. Additionally, Maserati’s designers have jacked up the ride height and fitted a set of winter tires with studs to ensure the rear-wheel drive car can actually put its power to the ground.

Rounding out the modifications is a roof rack that can hold a pair of skis. The interior has also been trimmed in white leather with a host of orange accents, including on the door panels, center console and the outer edges of the seats.

We doubt Maserati has any plans of offering snow-focused parts for the MC20 through its FuoriSerie customization program, but it will probably offer a selection of personalization options for its customers.

The MC20 is powered by a mid-mounted twin-turbocharged 3.0-liter V6 producing 621 hp and 538 lb-ft (730 Nm) of torque. This engine is coupled to an eight-speed dual-clutch transmission sending power to the rear wheels.