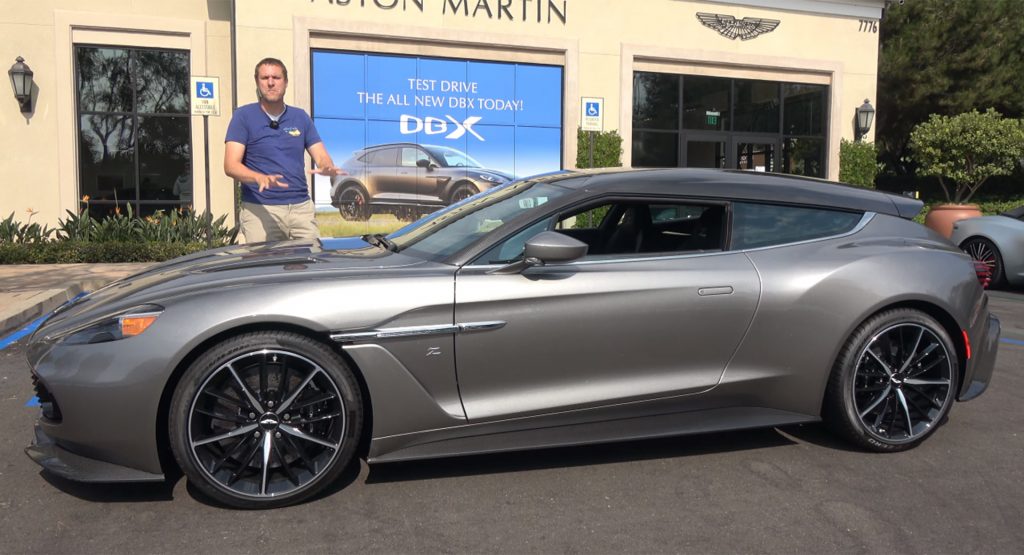 Whenever Aston Martin and Zagato team up, it’s virtually a guarantee that the resulting vehicle will be absolutely gorgeous and the Vanquish Zagato Shooting Brake is one of the most beautiful they have ever created.

Unveiled a few years ago and joined by the Vanquish Zagato Coupe, Volante, and Speedster models, the Shooting Brake was capped at just 99 units worldwide and Doug DeMuro recently had the opportunity to check it out in the flesh.

It’s impossible to talk about the Zagato Shooting Brake without mentioning its unique exterior. In creating the car, Zagato made modifications to the front of the fascia, including the fitment of a new grille and bespoke LED daytime running lights. Then there’s the elongated roof that is made from carbon fiber and includes a V-shaped glass panel that can be tinted at the touch of a button. The rear of the car is also particularly stunning thanks to the unique LED taillights.

Another interesting aspect of the Vanquish Zagato Shooting Brake is the fact that unlike the regular Vanquish Coupe, this variant doesn’t actually have rear seats and instead, features a distinctive cargo area that includes a large piece of carbon fiber that you can load things onto. There are also cargo tiedowns and an umbrella in the cargo area.

In terms of power, the car features a naturally-aspirated 5.9-liter V12 engine, the same engine as the Vanquish S and the three other Zagato variations.