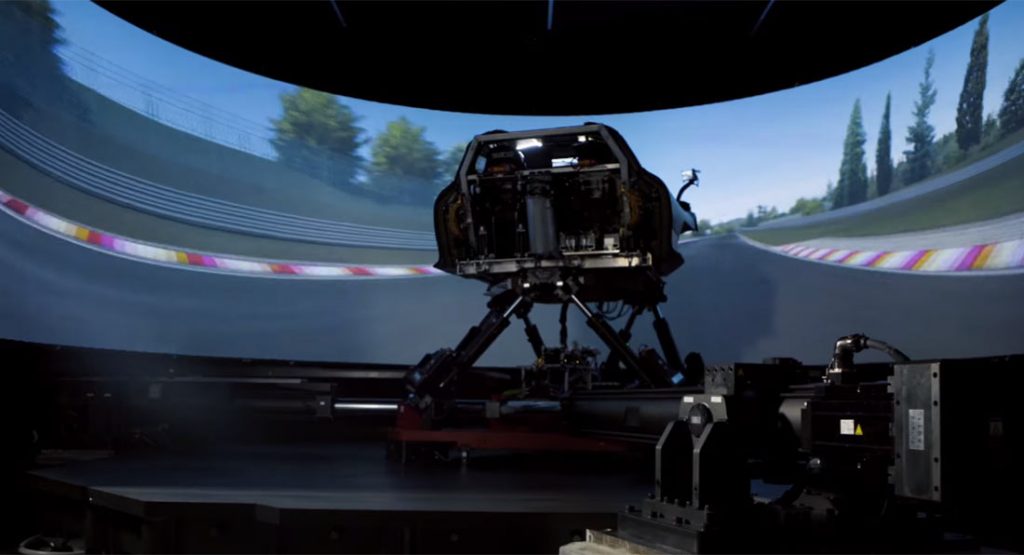 The Mercedes-AMG One has been a long time coming and while customer deliveries won’t begin until next year at the earliest, the German car manufacturer remains hard at work developing and perfecting the F1-powered hypercar.

In addition to testing fully-functional prototypes both on the road and on the track, Mercedes-AMG is using an exceptionally advanced simulator to help with the development of the hypercar.

This simulator consists of a Mercedes-AMG One monocoque and a 4K, 9-meter wide screen that is able to replicate real-world driving in cities, motorways, and on the racetrack, in particular the Nurburgring Nordschleife. As described by Michael Bidlingmaier, who is charged with digital vehicle dynamics integration at Mercedes-AMG, the simulator helps the car manufacturer fine-tune many of the hypercar’s systems.

Read Also: Mercedes-AMG One Testing Continues With Hypercar Now Ready For The ‘Ring

During a recent test, endurance racer Maro Engel jumped into the simulator for some laps around the Nurburgring. He comments on the car’s extraordinary performance and how much faster it is down the ‘Ring’s long straight than the Mercedes-AMG GT3 race car he is used to driving.

Mercedes-AMG first unveiled its F1-powered hypercar in 2017, but the project has been delayed due to difficulties related to the powertrain. However, with these issues ironed out, the company announced a couple of months ago that it will soon start testing of the car at the Nurburgring. In all likelihood, it will look to beat the recent production car lap record it set with the Mercedes-AMG GT Black Series.