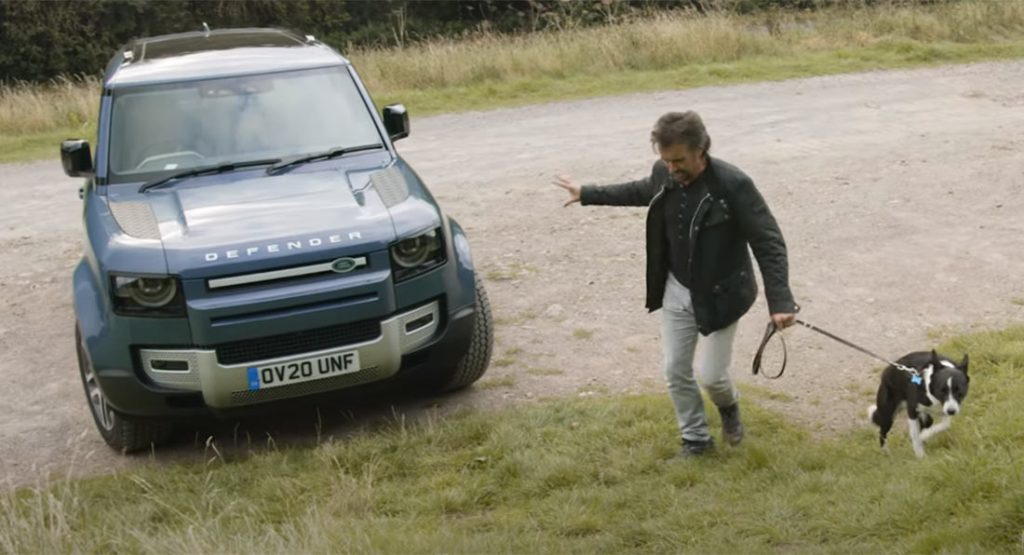 The Grand Tour’s Richard Hammond is a big fan of the original Land Rover Defender, but is he as fond of the new one?

In typical Drivetribe fashion, this isn’t an ordinary review and instead revolves around the British journalist driving to the countryside to take his dog for a walk. Yes, really.

The example tested by Hammond was the Defender 110 D240 that features a turbodiesel 2.0-liter inline four-cylinder producing 237 hp. Given the size and weight of the new Defender, it comes as no surprise that it isn’t particularly quick.

Read Also: Land Rover’s ‘Baby’ Defender Due In 2022 With 1.5-Liter Three-Cylinder And FWD?

Approximately halfway through the video, Hammond showcases his first-generation Defender that he has been in the process of restoring for the last decade. It’s a very special thing and, while the new Defender is much more capable than the original and loaded with the latest technologies and luxuries, is it actually as good as its predecessor?

Hammond doesn’t seem to be all that fond of the new Defender and towards the end of his review, after taking his dog for a walk, says that this isn’t really a Defender and should be badged as a Discovery.

While the new Defender has certainly ruffled a few feathers among the most faithful of Land Rover enthusiasts, we do expect it to sell in relatively high numbers. Sales will no doubt spike following the automaker’s recent decision to drop the four-cylinder turbodiesel engine that Hammond tested in favor of a new Ingenium six-cylinder diesel sold in D300 guise with 296 hp and 479 lb-ft (650 Nm) of torque.