The sole Dodge Viper GTS CS in existence is going up for auction early next year.

Created as part of an effort between Carroll Shelby and Fitzgerald Motorsports, the Viper GTS CS features a unique exterior with a Cobra-inspired front end, custom side vents and eye-catching 18-inch wheels.

The bold design continues in the cabin where there are red and gold leather seats with four-point harnesses. There’s also special sill plates and embroidered Carroll Shelby signatures.

Also Read: Two Dozen Of Carroll Shelby’s Own Cars Coming Up For Auction 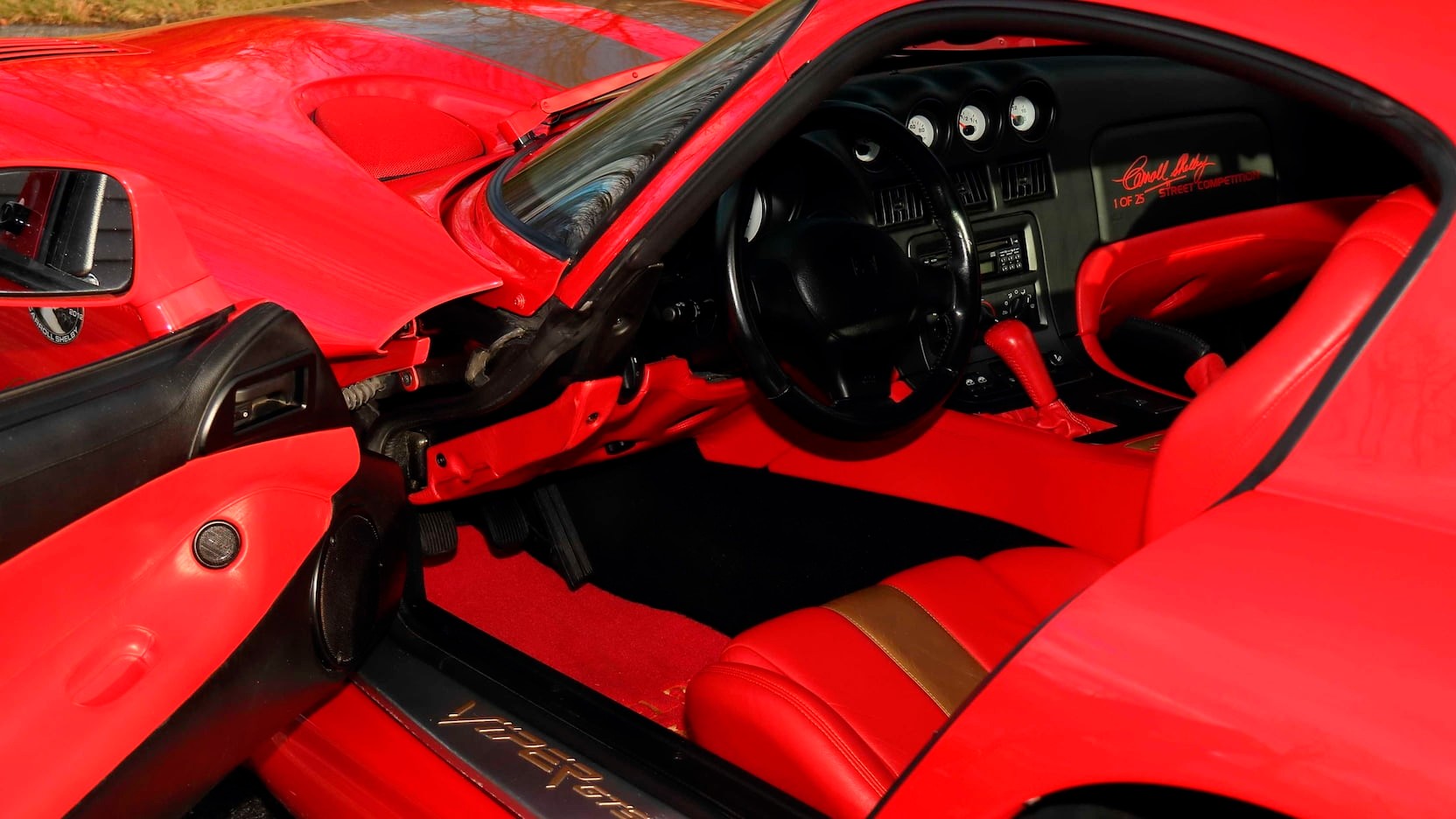 Bigger changes occur beneath the skin, as the Viper has been equipped with a modified intake, an upgraded computer and a performance exhaust system. Other highlights include high-performance plug wires and a revised rear end with 3.73 gearing.

There were plans to build 50 Viper GTS CS’, split evenly between coupes and roadsters, but that idea was scrapped due to Shelby’s declining health. As a result, this is the only model that was ever made. 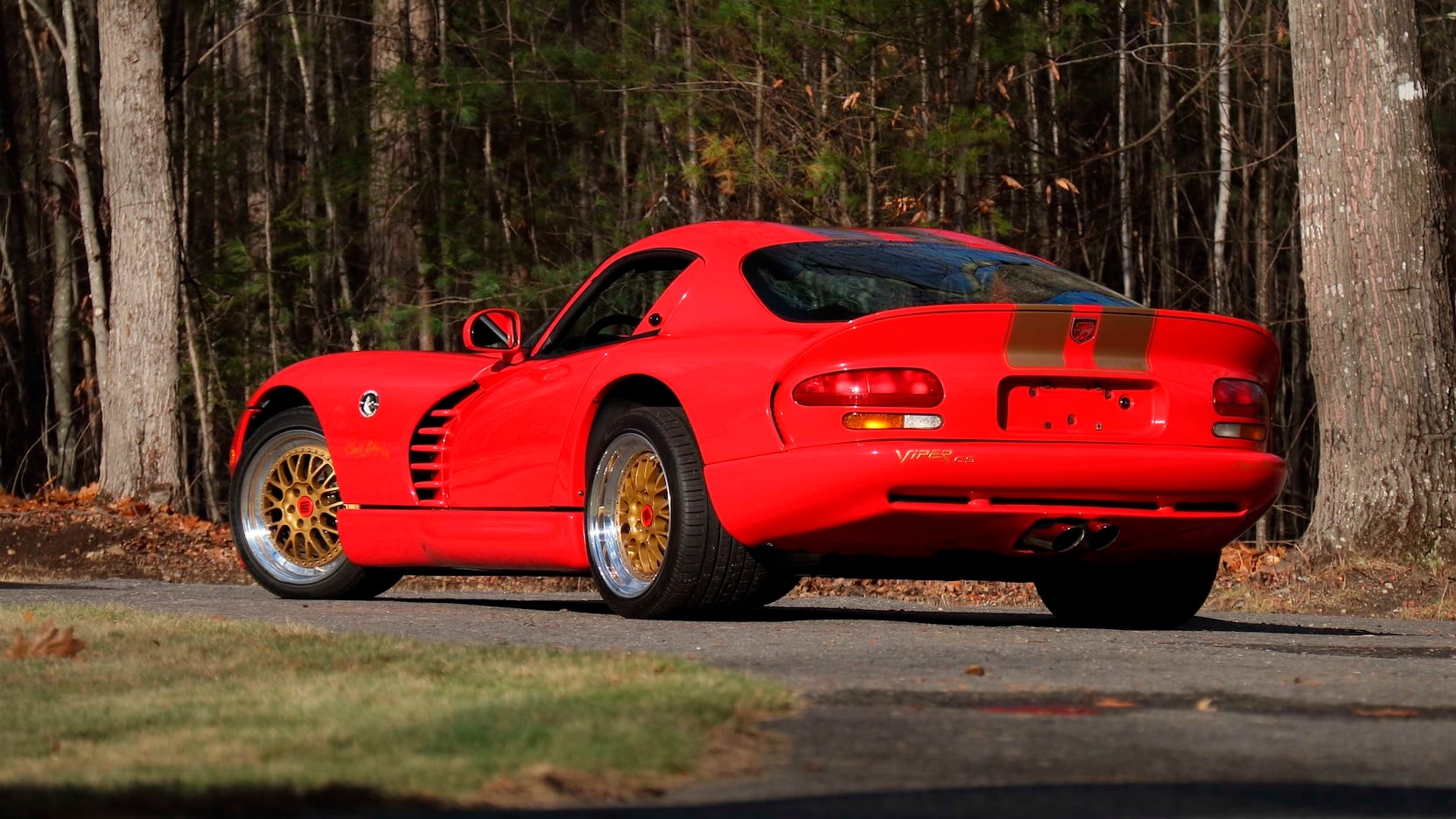 This is the first time the car has been offered for sale as it has remained in the hands of its original owner for decades. However, it is well documented and comes with a signed letter of authenticity.