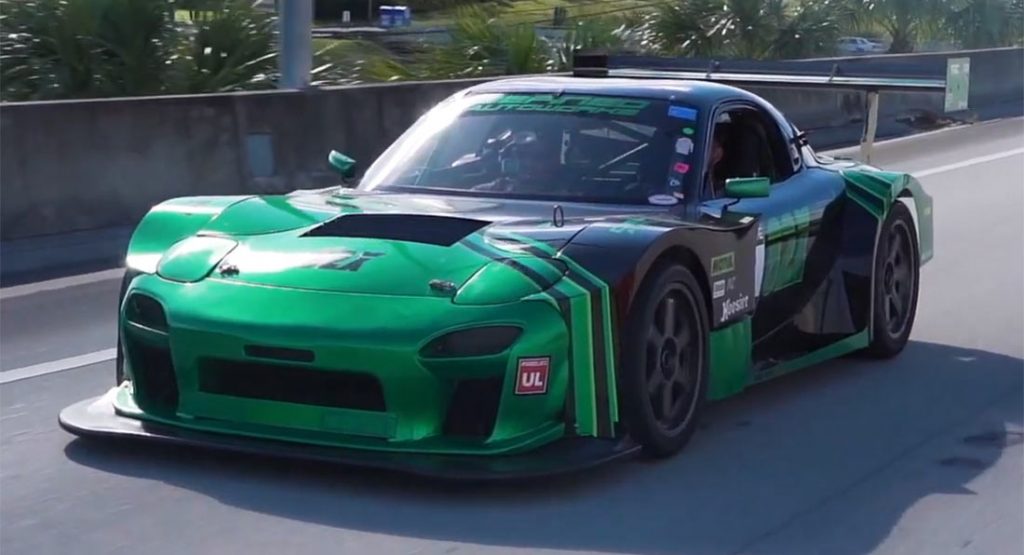 Few vehicles sound quite as remarkable as a Mazda with a high-revving rotary engine and this RX-7 is perhaps one of the most incredible in the United States.

The owner of this RX-7 has been racing and driving this car on the track for over eight years and despite it being focused on track performance, it is still street legal. It also happens to sound insane.

Featured in a recent clip from That Racing Channel, the car has a custom-built four-rotor engine that produces as much as 600 hp and can rev to a screaming 11,000 rpm. This thing is so loud and produces such a classic high-revving rotary sound that the developers behind Gran Turismo Sport actually recorded audio from this very car to use for the Mazda 787B in the game.

As beloved as Mazda’s rotary engines are among many enthusiasts, they are also often regarded as being unreliable. However, the owner of this car says that he has never had any significant issues with the car and over the past eight years, has only ever had to do the most basic of maintenance including changing the oil and spark plugs every year.

Admittedly, he does reveal that it would cost someone roughly $60,000 to build an engine like his so not many rotary owners will ever be able to own one with this much power and offering this kind of reliability.