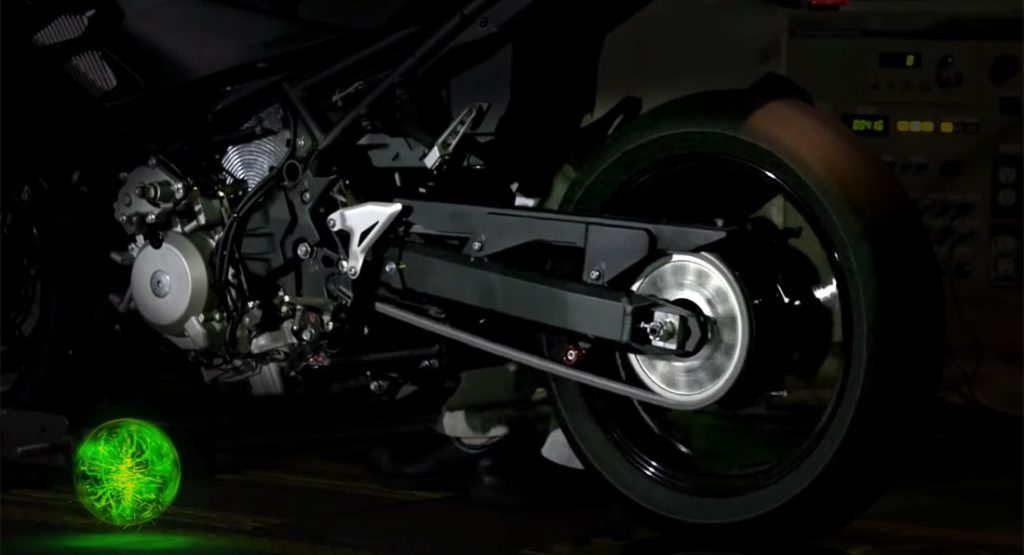 The idea of hybrid motorcycles has been around for a while, but they’ve never really seen the light of day with manufacturers, like Harley-Davidson, opting for all-electric motorbikes instead. Kawasaki has other ideas.

The Japanese manufacturer has revealed that it is working on a next-generation hybrid system for motorcycles. The premise of the system is for the internal combustion engine to be used primarily along highways, where electric vehicles typically suffer from poor range. Meanwhile, the motorcycle’s powertrain could switch to all-electric power when driven in cities, where the energy recuperation system can make the most of stop-start traffic. The combustion engine and electric motor would then combine along twisting roads, where riders want as much performance as possible.

Read Also: New Vyrus Alyen 988 Is A Ducati-Powered Superbike Out Of This World

A video shared online by YouTube shows a prototype of the hybrid system testing on a dyno. At low speeds, the bike uses the electric motor exclusively, but as the speeds build, the combustion engine fires up.

According to New Atlas, the prototype teased in this video appears to be using a single-speed transmission that would effectively see the combustion engine locked in the equivalent of sixth gear, while the electric motor provides all the low-end grunt and acceleration.

It remains to be seen if, and when, Kawasaki intends on bringing a hybrid motorcycle to the market. Before it becomes a reality, the company will need to overcome a number of hurdles, including how to install an electric motor and battery pack without adding too much weight to the bike.