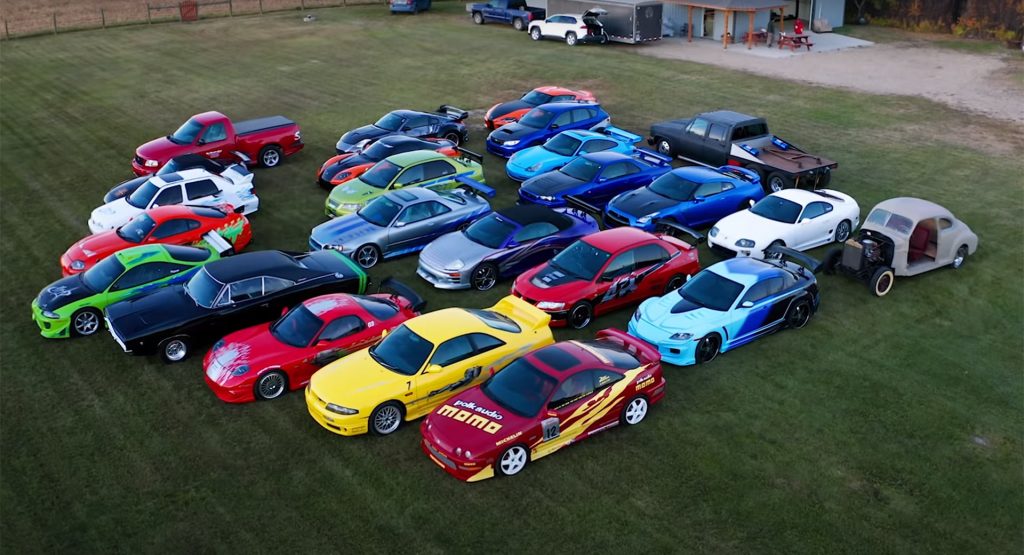 Residing in a rural property in Edmonton, Canada sits what could be the world’s most impressive collection of Fast and Furious-based replica cars.

The man featured in this intriguing video from Roads Untraveled is named Jorge and is the proud owner of 24 vehicles that resemble some of the most famous film cars from the Fast and Furious franchise.

One of the finest vehicles in Jorge’s collection is a Bayside Blue Nissan Skyline R34 GT-R designed to perfectly replicate the car driven by Paul Walker in Fast & Furious 4. He also owns a silver and blue Skyline GT-R just like the one from 2 Fast 2 Furious.

Other cars in the collection include Paul Walker’s orange Supra from the first film, the white VW Jetta driven by Jesse in the first film, and a Mazda RX-7 Veilside Fortune driven by Han in Tokyo Drift. During this clip, Jorge reveals that he has purchased some of the replicas as they were; the rest, he modified and built in his shop to mimic the film cars. Moreover, many of the cars he has purchased were imported directly from Japan.

One of the most recent additions to the collection is the 2020 Toyota Supra that’s set to star in the (delayed) ninth installment in the franchise.

As impressive as his collection already is, Jorge is in the process of building seven or eight additional replicas, including the bright pink Honda S2000 driven by Suki in 2 Fast 2 Furious.