Production of the first generation Audi A5 ended in 2016, after nine years, but this hasn’t stopped JMS Fahrzeugteile from launching several aftermarket components for it.

The German tuner’s front spoiler lip, which apart from the Coupe also suits the Convertible and Sportback, is a €259 (equal to $307) option, whereas the side skirts and rear diffuser cost €269 and €259 ($319 / $307) respectively and can be fitted to the two-door models only, regardless if they have the S-Line pack or not.

Read Also: New Vs Old Audi A5 Coupe – Too Close For Comfort Or What? 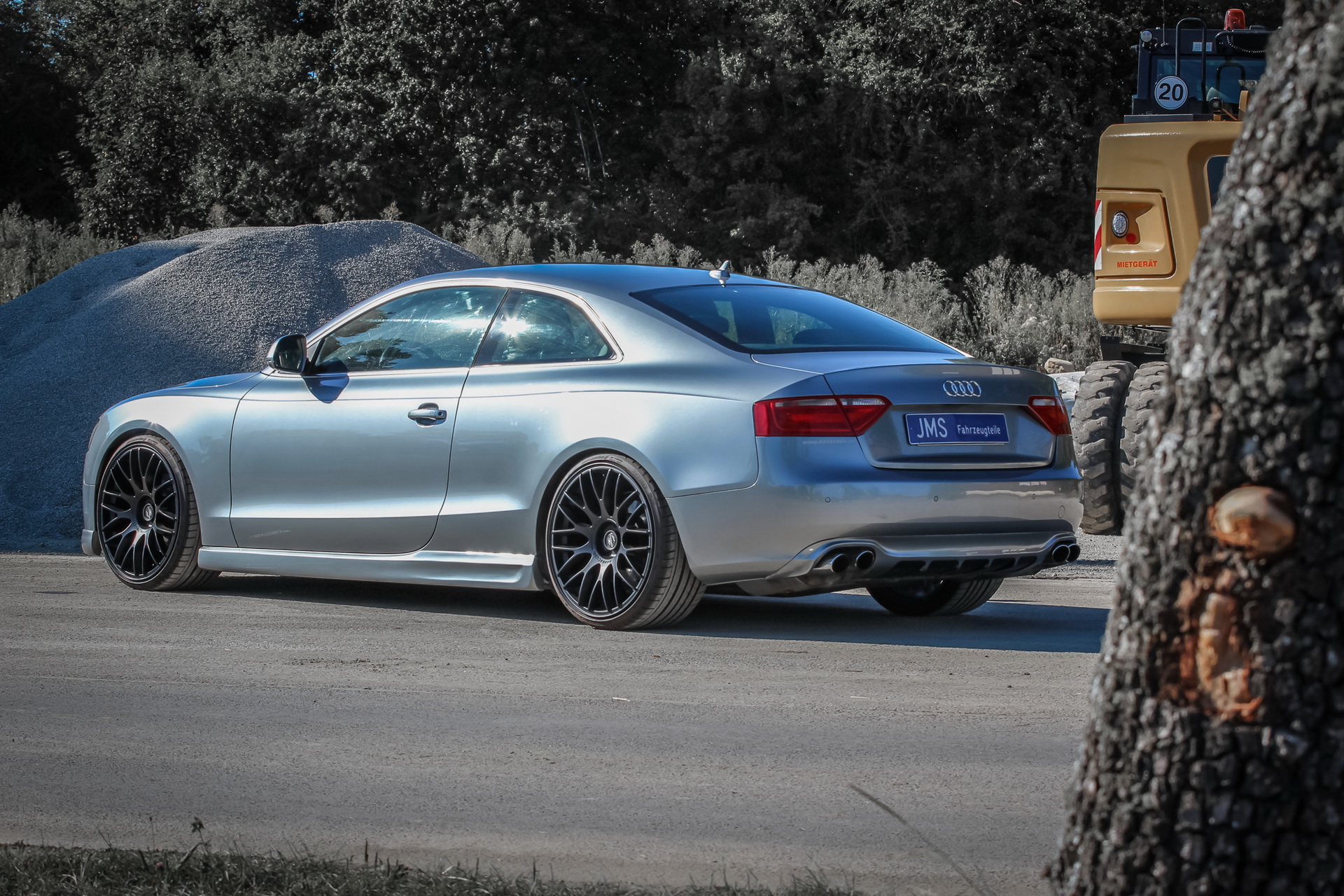 Filling the wheel arches are the 10.5×20-inch Barracuda Karizzma light alloys, with a Y-spoke pattern and a dark finish, which are shod in 275/25 tires. Even with the new wheels installed, there was room to drop the body by around 40 mm (1.6 in), with the H&R and JMS springs, in combination with the stock shock absorbers.

Nonetheless, the tuner has enhanced the soundtrack of the six-cylinder engine by installing an Eisenmann silencer which, according to JMS Fahrzeugteile, provides a muffled sound and has a performance optimizing effect.