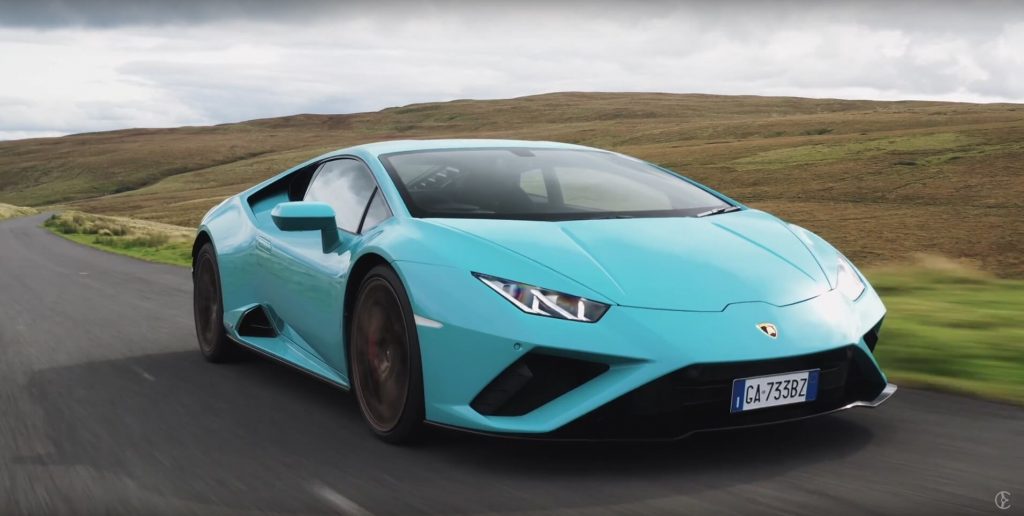 Named after the Mayan god of wind, the Huracan has been around since 2014, but to be fair, it has been constantly upgraded ever since.

The changes have not only been cosmetic, but technical too. Thankfully, and in contrast to rivals who have adopted forced induction, Lamborghini kept the naturally aspirated 5.2-liter V10, which is an absolute marvel and probably the last of its kind.

The Huracan Evo RWD stays planted through corners, stops instantly with the optional carbon ceramic brakes (although the standard steel ones are not bad either), the steering has some weight to it and it will kick its tail back in shortly after kicking it out.

So, in as few words as possible, the baby Lambo could very well be the only fun car you’ll ever need. It can be used on a daily basis too, and even on long journeys, as the seats are quite comfortable and the dampers do absorb most bumps on the road in the ‘Strada’ driving mode.

However, there are a few letdowns to it, and we’re not talking about the fact that it doesn’t feature all-wheel drive or that the frunk is very tiny. But we’ll let Carfection’s Henry Catchpole, who got behind the wheel of an example equipped with £53,000 (equal to $70,379) worth of options, including the £9,500 ($12,615) paint finish, explain the rest.