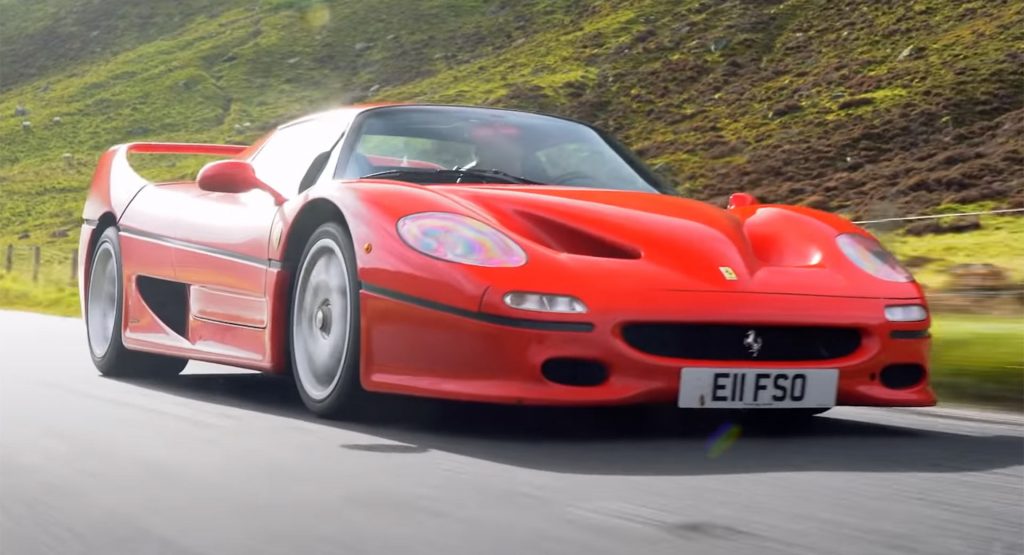 While it might be overlooked by some, the F50 definitely is one of the greatest road cars Ferrari ever made.

Sure, its predecessor, the F40, may receive slightly more praise nowadays than its replacement, but the F50 is a proper driver’s car through and through. It also happens to be rarer than the F40, Ferrari Enzo and LaFerrari, with just 349 examples produced, making it all the more desirable.

Watch Also: The Ferrari F50 Is A Proper F1-Powered Car For The Street

As Tiff Needell explains in his review, the highlight of the former Ferrari halo car is its 4.7-liter naturally aspirated V12 that was developed from the 3.5-liter V12 that Ferrari’s 641 Formula 1 car used during the 1990 season. This gem of an engine is good for 512 hp at a screaming 8,000 rpm and 347 lb-ft (471 Nm) of torque at 6,500 rpm and is mated to a six-speed manual transmission driving the rear wheels.

Needell note that transmission is a joy to use thanks to its gated shifter. He also says that the F50 feels more poised and comfortable than the F50 and adds that, when he first tested an F50 at Fiorano during its launch, he was a little underwhelmed by the understeer. Nevertheless, he finds the steering beautifully direct and concludes by saying that it is the closest thing you can get to driving a Grand Prix car on the road.