In the past few years, we’ve seen car manufacturers steadily increasing the size of their front grilles to appeal to customers, particularly those in Asia.

BMW has been widely criticized for the massive scale of its new kidney grilles, including those on the latest-generation 7-Series. However, as it turns out, there’s a luxury sedan out of China that makes the kidneys of the 7-Series look relatively small: the Hongqi H9. 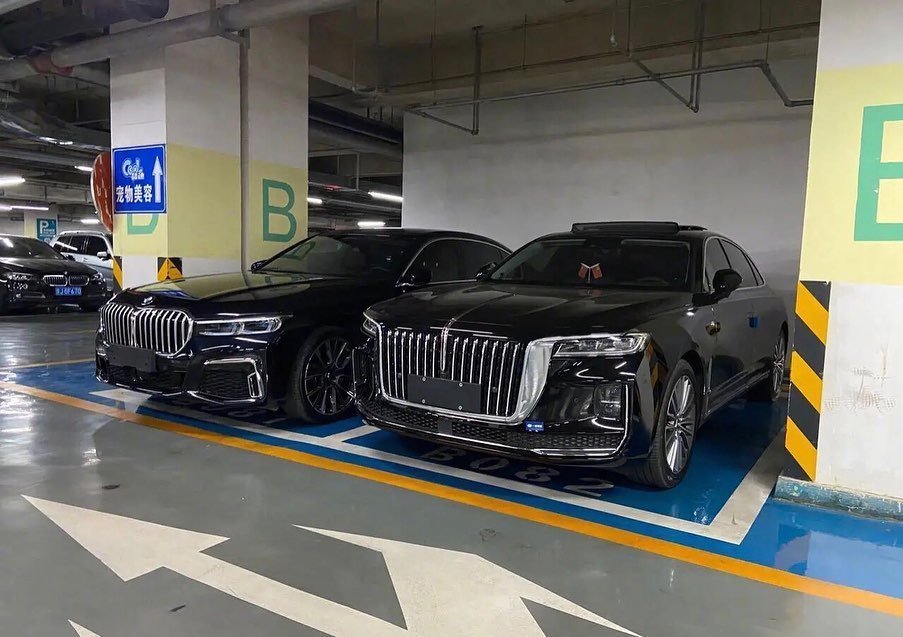 Unveiled earlier this year, the H9 is a luxury sedan and one was recently pictured alongside a dark blue 7-Series in a Chinese parking lot. These images from Car News China reveal that, while the grille of the H9 appears larger than the kidneys of the 7-Series, it is a little more stylish and suits the overall look of the car quite well.

Making the front fascia of the H9 stand out even more is the fact that it has thin LED daytime running lights that run around the edge of the grille and connect to the Matrix LED headlights.

Inside, the Hongqi H9 seems like a nice place to sit in. That’s due to a large infotainment screen, a digital instrument cluster, touch-sensitive switchgear and ambient lighting, as well as plush leather, wood and chrome accents. 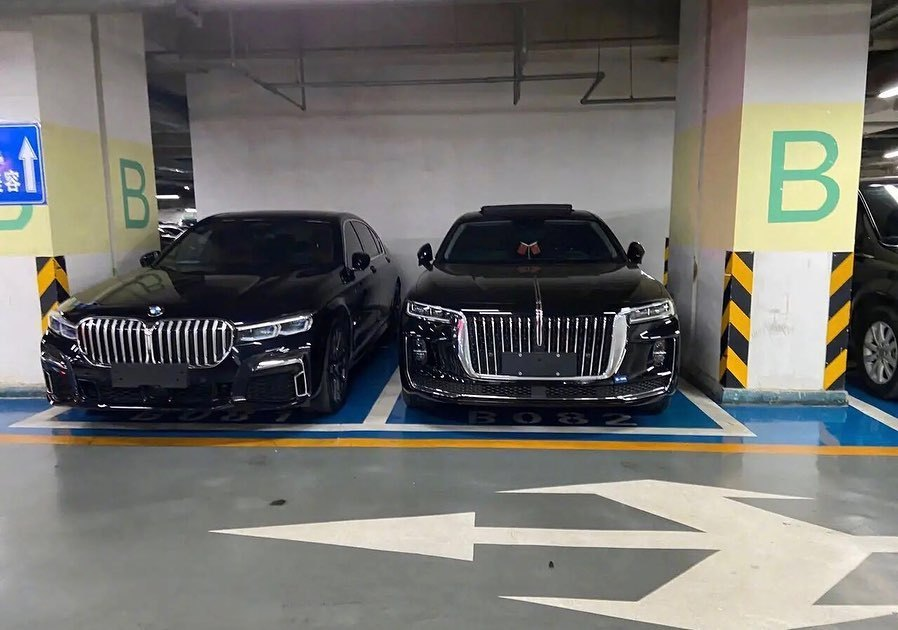