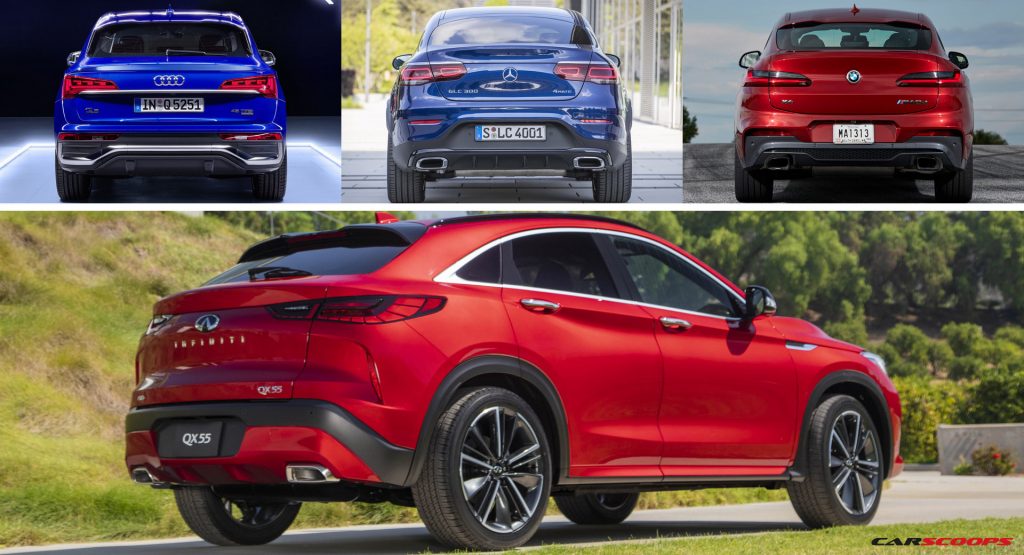 Infiniti was making coupe-style SUVs before the term even existed, so one might think that know-how would go into making the brand new 2022 QX55 crossover a force to be reckoned with.

The thing is, its rivals from Germany are pretty well-established, so convincing buyers not to opt for a BMW X4, Mercedes GLC Coupe or Audi’s new Q5 Sportback will be no easy task. Still, the QX55 definitely doesn’t look like a pushover.

We should note that, like the QX55, the new Audi Q5 Sportback isn’t on sale yet, with pricing to be announced at a later date, although, we anticipate the Infiniti being a little bit more affordable. 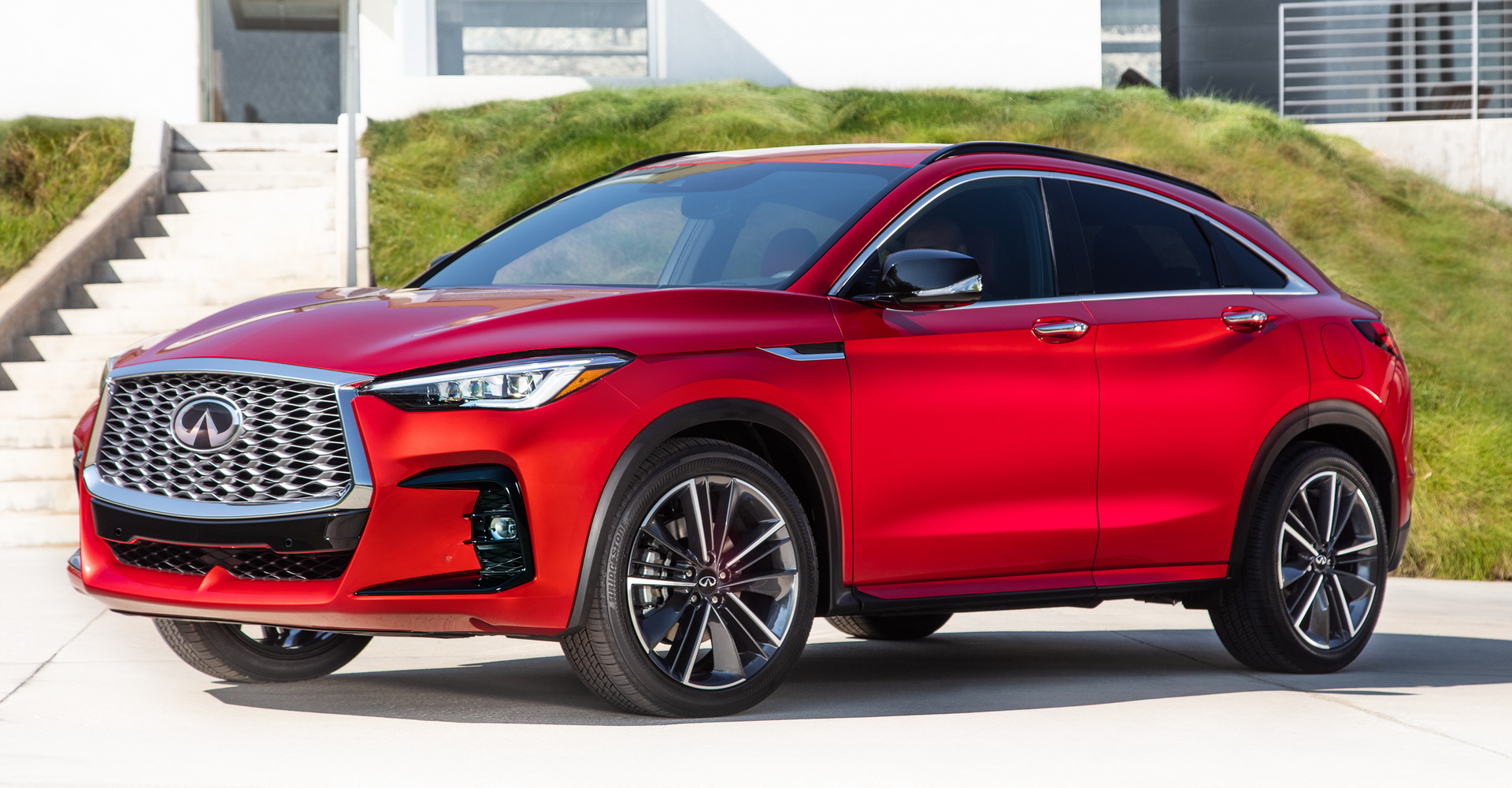 Since all we can do is speculate, let’s consider that the Mercedes GLC Coupe costs $8,450 more than the regular GLC in the United States, while the X4 is $8,600 more expensive than the X3. Maybe that big of a gap would be a stretch for Infiniti, but we expect it to start upwards of $42k. That assumption is based on the fact that, unlike the QX50 whose entry-level grade is the Pure, the base-spec QX55 will be the Luxe, which in the QX50 costs upwards of $41,500 with FWD and $43,500 with AWD.

Now let’s talk about things we do know, such as the interior that carries over from the QX50, which means you get old fashioned analog gauges and relatively small 7- and 8-inch displays for the center console. Small by 2020 standards, at least. You also get leatherette upholstery and aluminum trim as standard, as well as a moonroof and heated front seats. 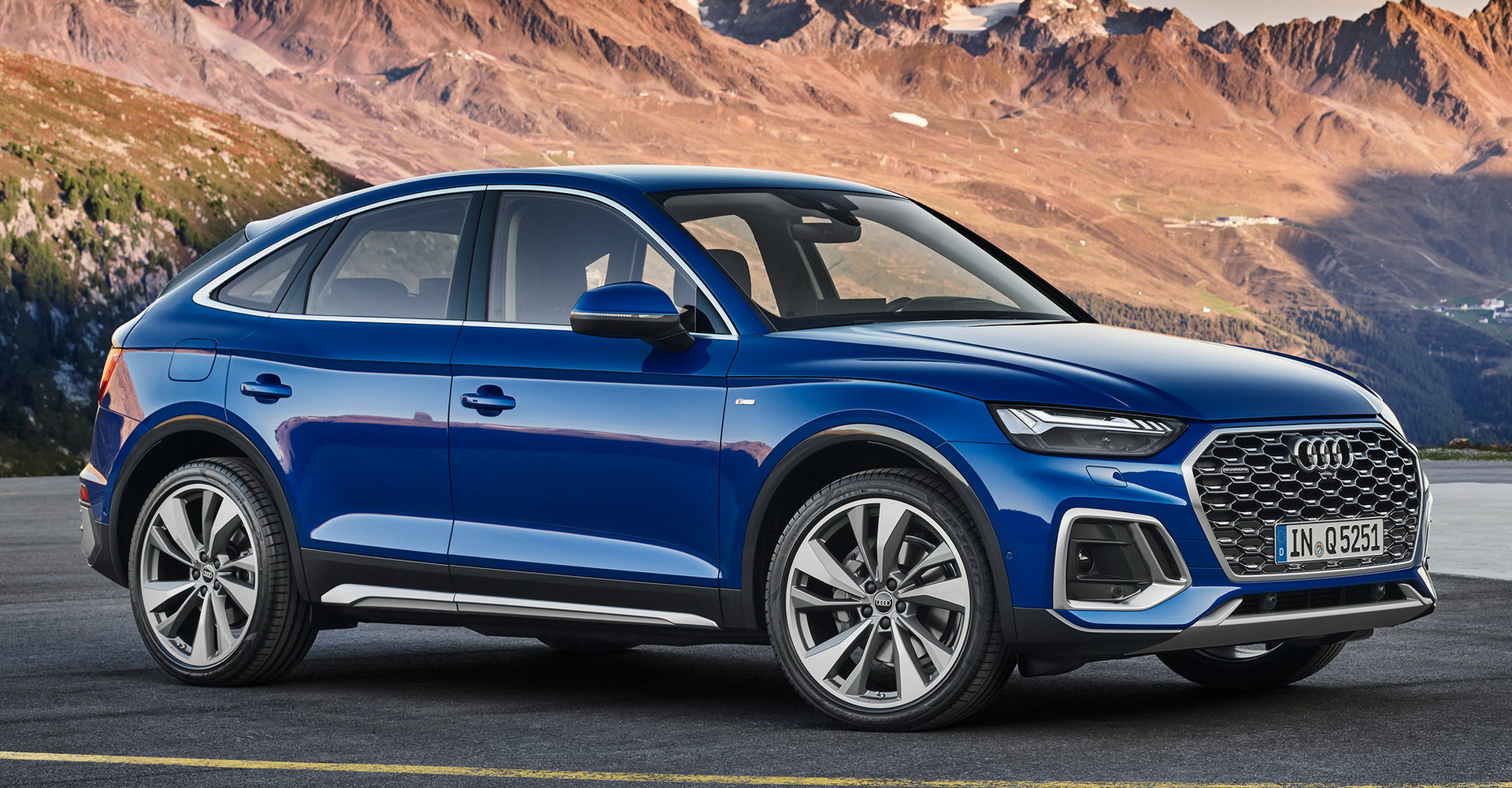 The Sportback variant of the Q5 is also an unknown in terms of pricing. It was unveiled less than two months ago and we’ll have to wait until the first half of 2021 in order to see it in showrooms.

Judging by some of your reactions in the comments, Audi didn’t exactly knock one out of the park as far as the Q5 Sportback’s styling is concerned. It really does have a few not so great angles, where it looks almost too compact – the design of the tailgate, for example, could have been better.

They also left the dashboard design as is, with a freestanding 10.1 inch MMI infotainment display. The standard 12.3-inch Virtual Cockpit gauge cluster is a nice touch though. 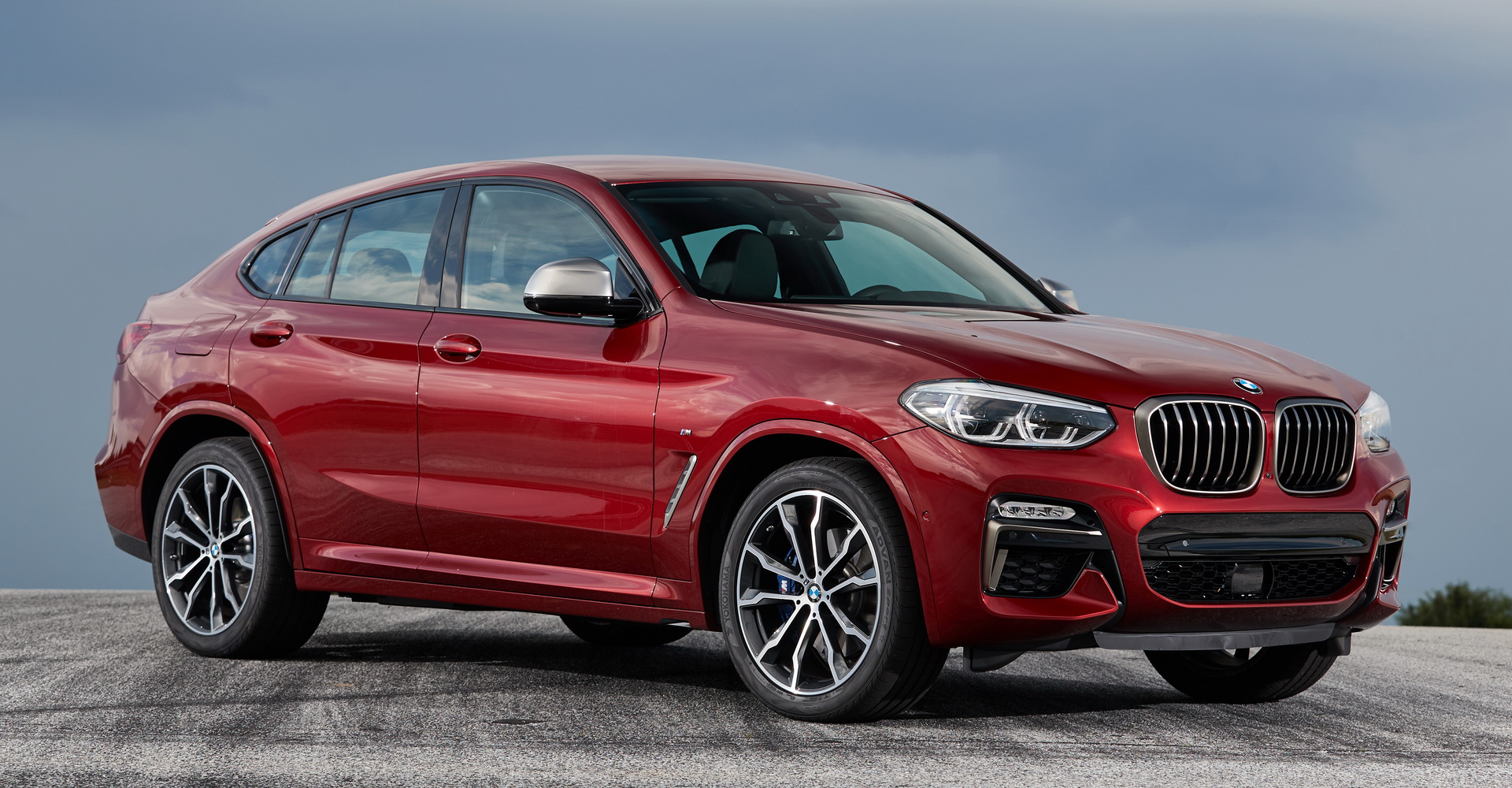 The X4’s design is probably less controversial than the Q5 Sportback’s, featuring more muscular rear fenders and just an overall more aggressive stance. The Infiniti QX55 has a cleaner design though, which may just do the trick for a number of buyers. 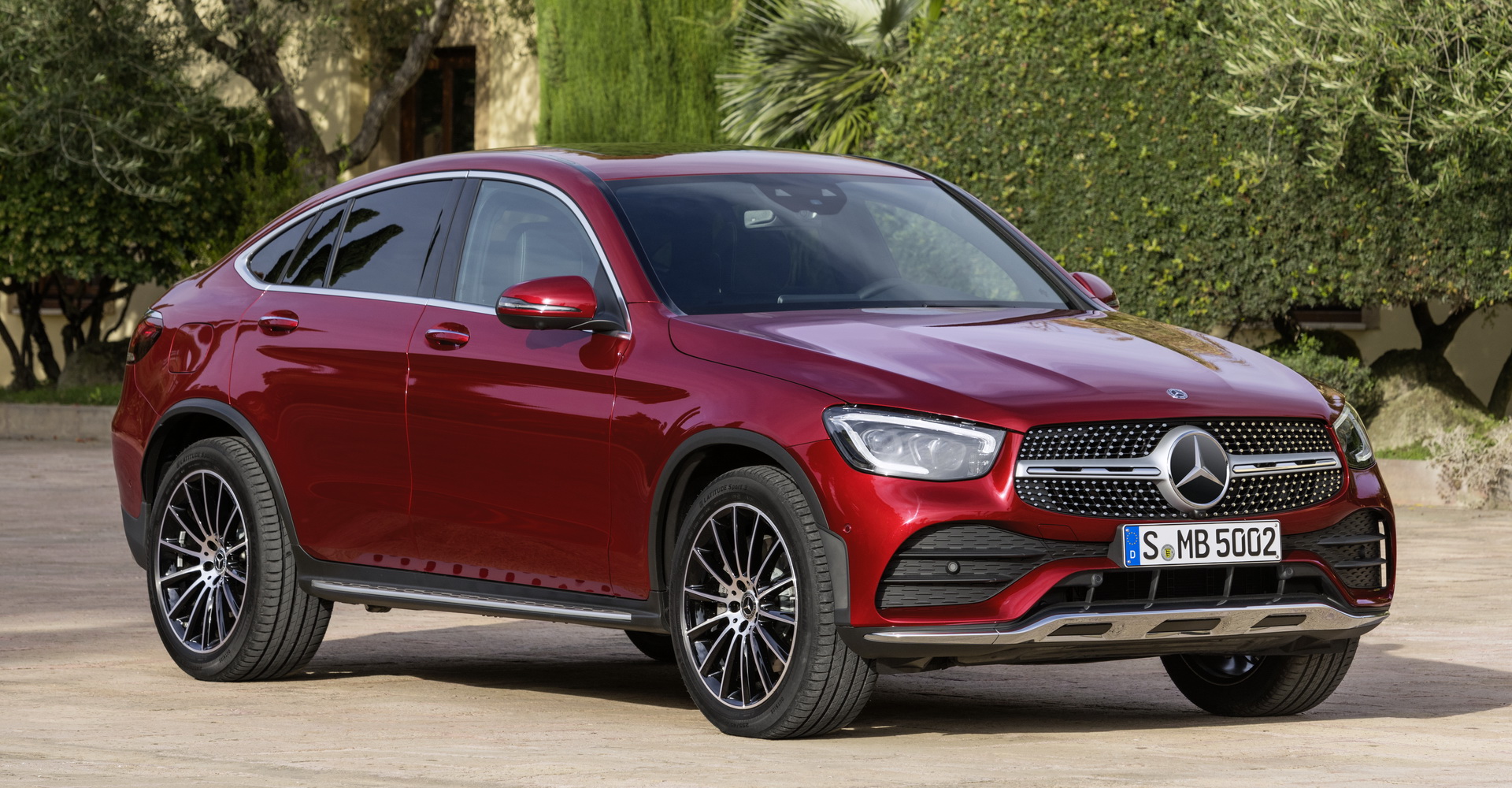 The facelifted GLC Coupe made its debut back in 2019, boasting an updated MBUX operating system, a new steering wheel, plus a 12.3-inch digital gauge cluster. It’s not the most modern-looking interior here, but then again neither is the QX55’s.

Which one should I get?

You can order a GLC Coupe or an X4 right now from your local Mercedes and BMW dealerships, whereas the Q5 Sportback and QX55 won’t get here until sometime next year. Of course, waiting means that you’ll end up making a more informed decision. Nevertheless, much depends on what your expectations as far as performance are as, for example, anyone in the market for an X4 M or an AMG GLC 63 Coupe isn’t going to pay much attention to the Infiniti – or the SQ5 Sportback for that matter.