The production version of the Kiger, said to measure less than 4 meters (157.5 inches) long, will give Renault yet another option for buyers in India, joining the Kwid, Duster and Triber in the carmaker’s range.

Visually, the Kiger concept stands out with its nearly full-width LED headlights, sculpted hood, slender windshield and a semi-floating roof (plus a futuristic roof rack). The side mirrors have been designed to look like airplane wings (the bottom part), while the rear end features a spoiler, central exhaust and C-shaped tail lights. We wouldn’t bet on those mirrors making it into production though.

“The creative association of French and Indian designers was the best way to meet the needs and expectations of a clientele increasingly fond of style, dynamism and novelty. As with Triber, we are once again demonstrating our ability to innovate, by offering a new model with a dual personality, both urban and outdoor. Kiger Show-car is very close to the future production model,” said Renault design exec, Laurens van den Acker. 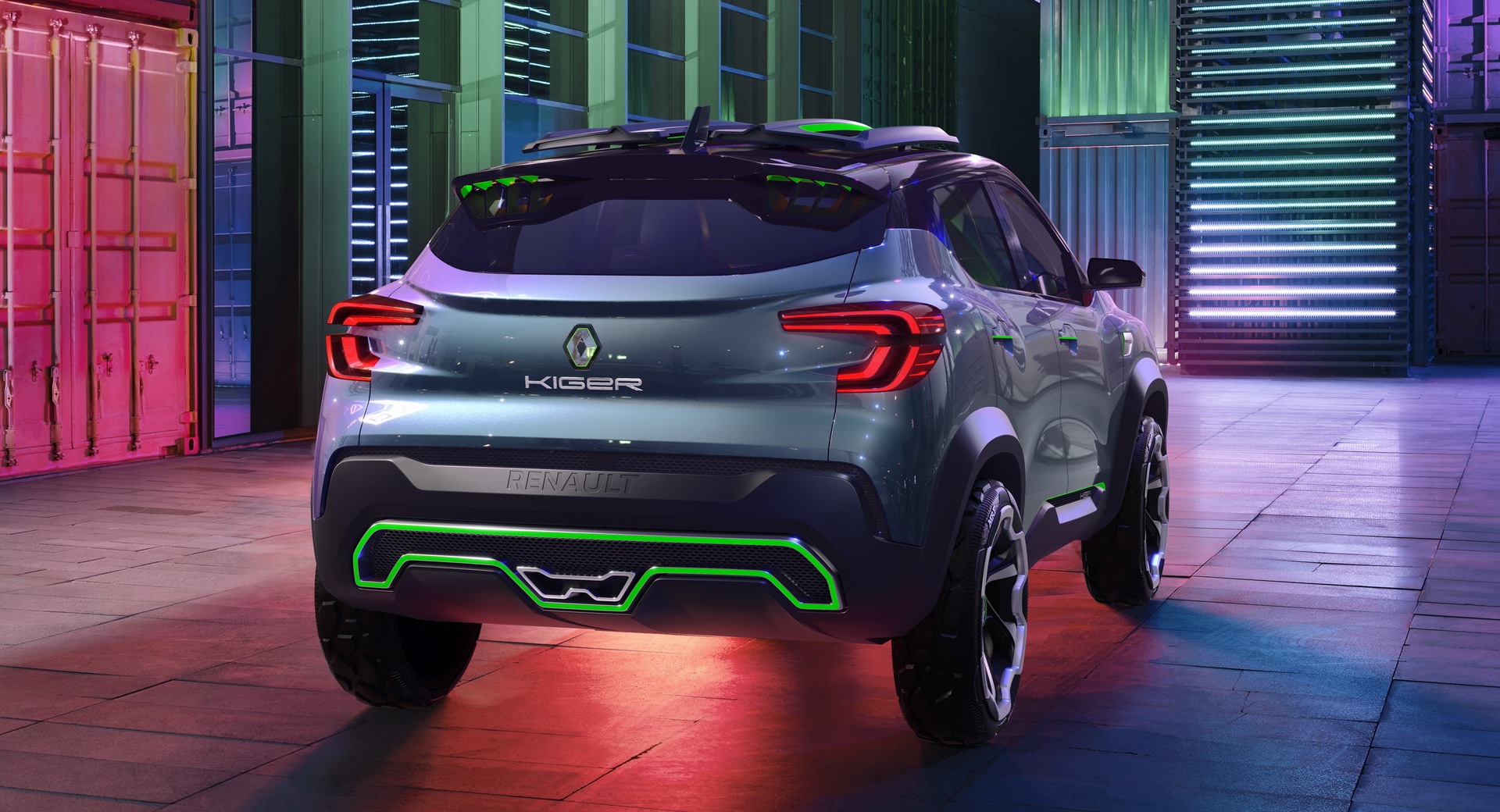 The show car also comes with a green ‘Aurora Borealis’ exterior, to go with various fluorescent touches that highlight aluminum elements such as the door handles, bumper inserts, logo contours and brake calipers.

Once it enters production, the Kiger will aim to “attract customers looking for novelty and modernity in a B-segment that represents 51% of the Indian market.”

The production model will also be exported to markets outside of India, although that’s all the French carmaker will say at the moment.