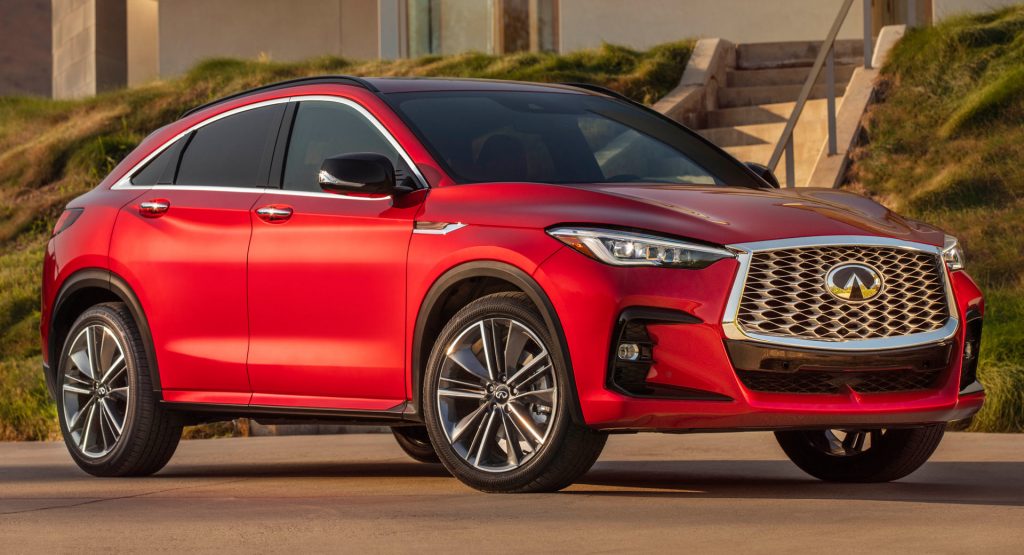 Infiniti helped to kick off the crossover coupe craze when they introduced the FX nearly two decades ago. The company is now continuing that legacy with the all-new QX55.

Set to be launched next spring, the 2022 QX55 combines “unapologetic style with inspired dynamics.”

While the model is based on the QX50, it features a sportier and more streamlined design. At the front, there’s a prominent mesh grille which is flanked by LED headlights and sportier air intakes with gloss black accents. 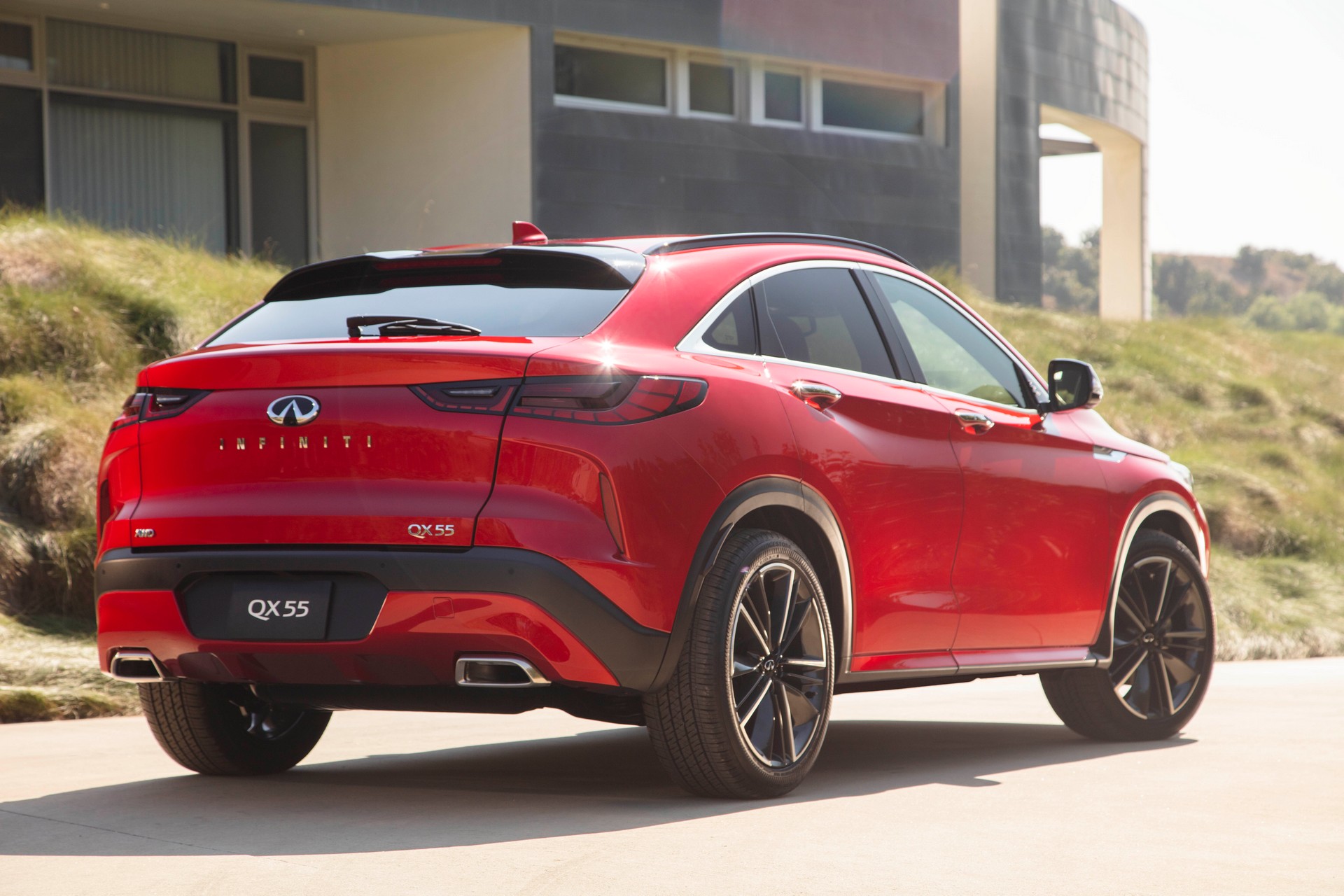 Continuing down the sides, there’s a rakish windscreen which flows into a steeply sloping roof. The model also has a compact greenhouse, pronounced character lines and standard 20-inch alloy wheels. Fans will also notice that plastic body cladding has been kept to a minimum.

The rear end follows in the footsteps of the QX50, but there’s a new liftgate with an angular window and a unique spoiler. The model also features stylish “digital piano key” taillights which each have 45 individual LEDs. Rounding out the highlights are a dual exhaust system and an Infiniti badge that doubles as a button for the power liftgate. 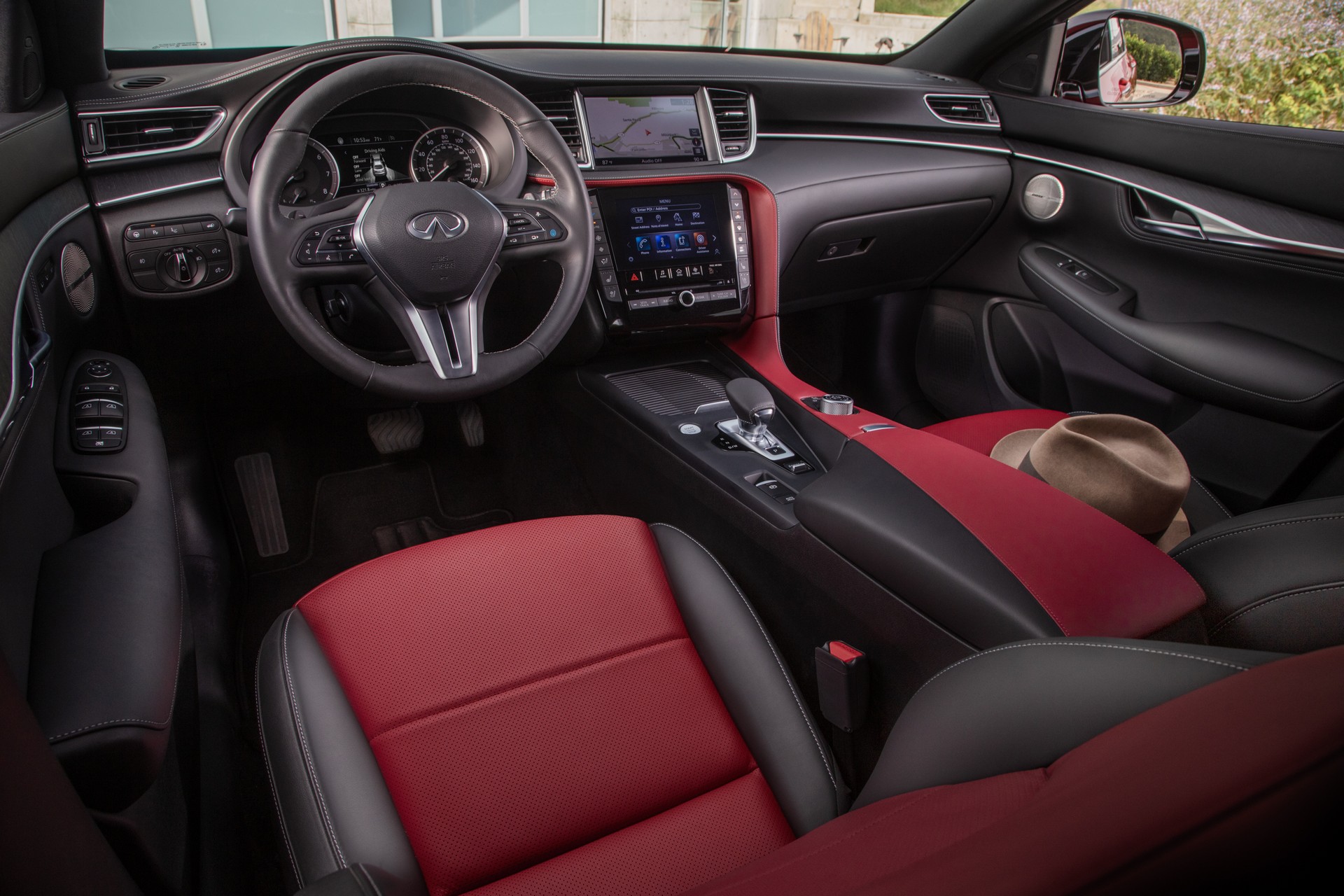 While the exterior is unique, the cabin largely carries over. This is a bit disappointing as buyers will find analog gauges, some cheap switchgear and dual touchscreens which measure 7- and 8-inches. Speaking of technology, the QX55 will become the first Infiniti model to support wireless Apple CarPlay.

In terms of space, rear seat passengers will have up to 38.7 inches (983 mm) of legroom. That beats a number of competitors and Infiniti noted the second-row can slide nearly 6 inches (152 mm) to maximize cargo room or passenger space.

Buyers can also store up to 26.9 cubic feet (762 liters) of luggage behind the second-row. That bests the BMW X4 and Mercedes GLC Coupe, but the overall cargo capacity remains a mystery. 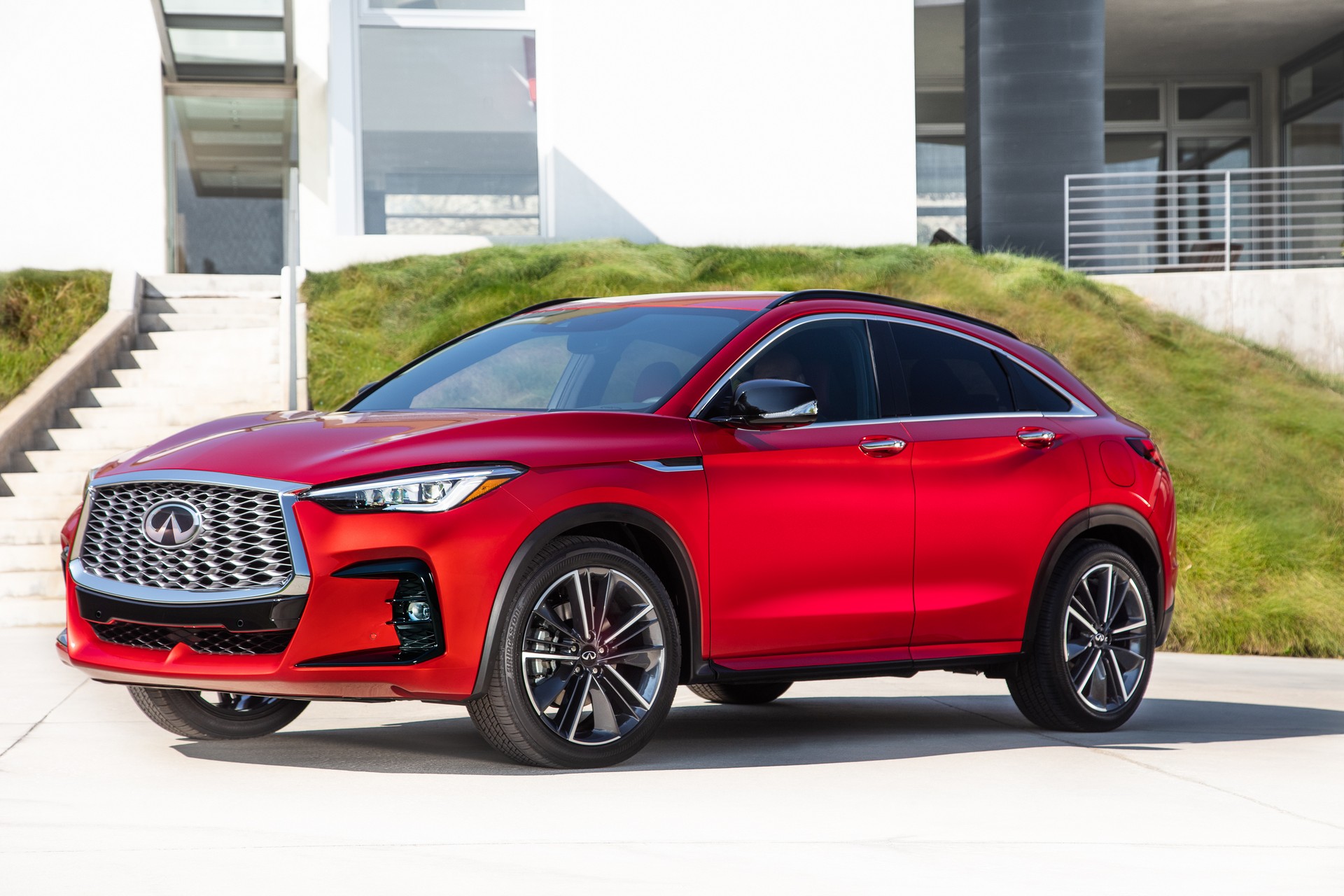 Full details will be announced closer to launch, but the QX55 will be offered in three trims known as Luxe, Essential and Sensory. The base model will come equipped with leatherette upholstery, aluminum trim, a moonroof and heated front seats. Higher end variants will feature semi-aniline leather, open-pore wood trim and a 16-speaker Bose audio system.

The crossover will also offer an assortment of driver assistance systems including automatic emergency braking, lane departure warning, a head-up display and traffic sign recognition technology. The model can also be equipped with the ProPilot Assist semi-autonomous driving system. 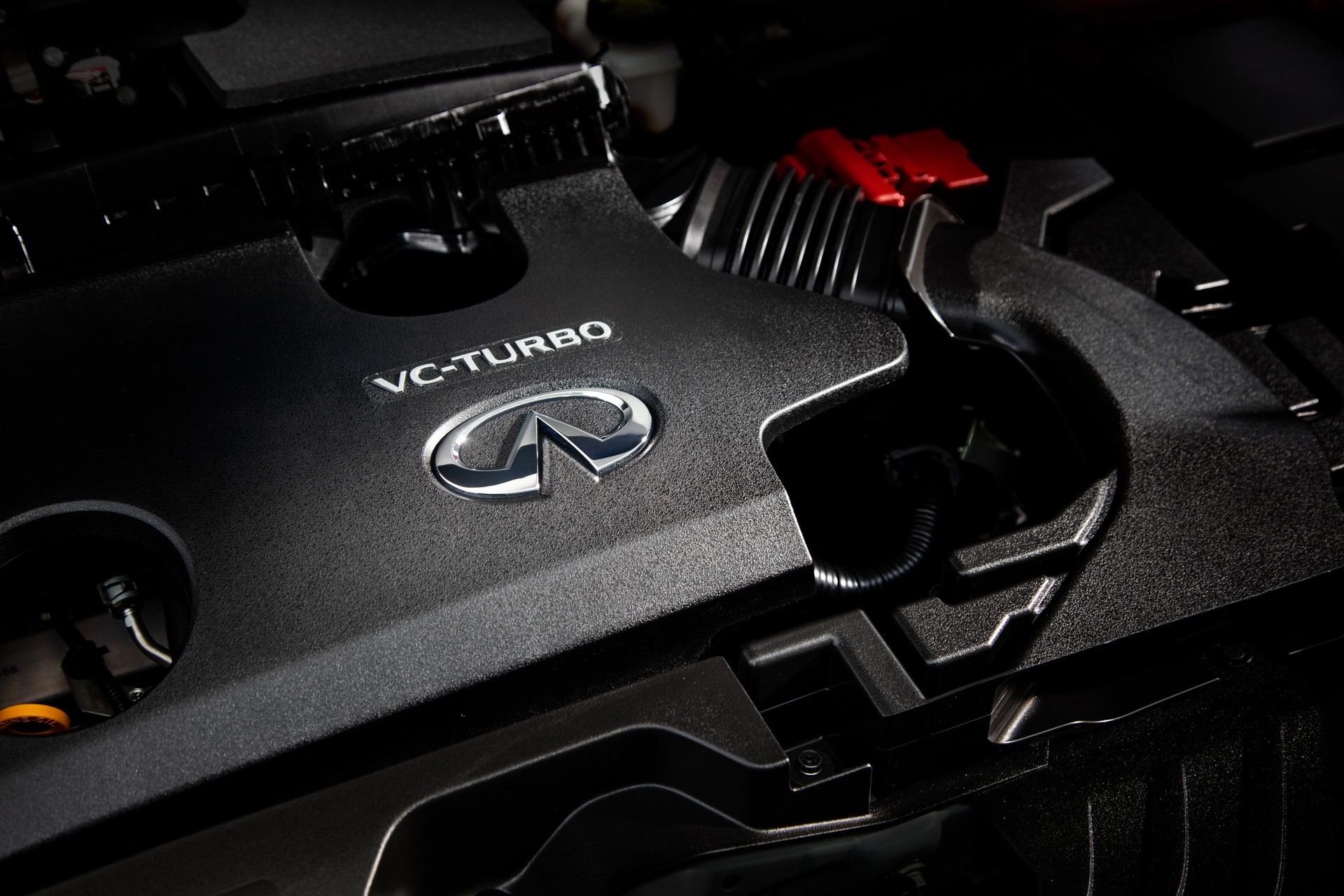 The engine is connected to a continuously variable transmission which sends power to an all-wheel drive system which is standard in the United States and Canada. The system is front biased, but it sends up to 50% of the power to the rear wheels for better traction and acceleration.

There’s no word on pricing at this point, but expect the model to cost slightly more than the QX50 Luxe which starts at $43,500 when equipped with all-wheel drive.