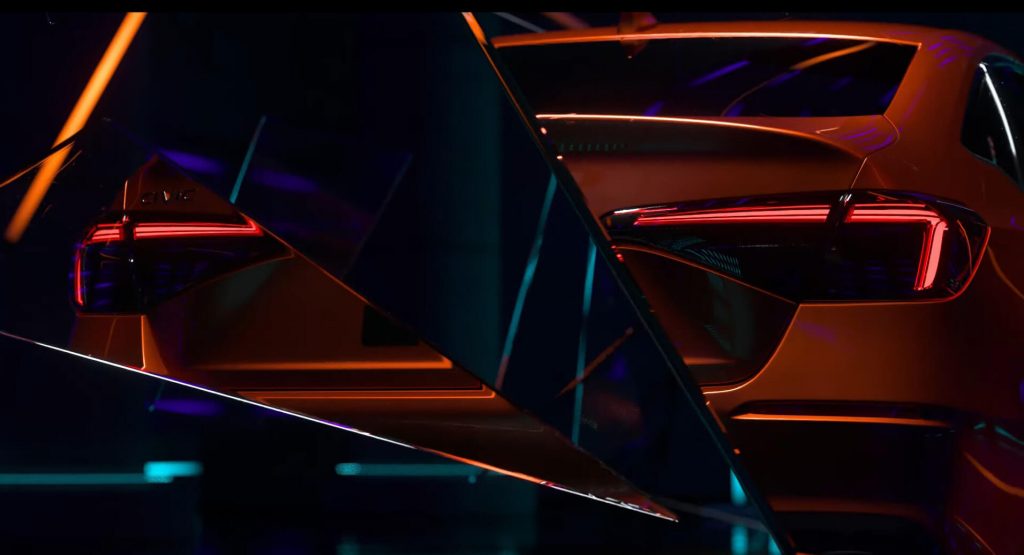 To quote Honda, “something is taking shape”, and it is the all-new Civic, in sedan form, which will be uncovered, in pre-production form, during a special event live streamed over the web.

Set to take on the likes of the Toyota Corolla and other four-door compacts, the 2022 Civic Sedan features an evolutionary styling that takes from the larger Accord. It has new headlights with incorporated LED daytime running lights flanking the reshaped grille, taillights that remind of the Mercedes-Benz A-Class Sedan, and bulkier side skirts. The hatchback body style will arrive with similar looks, but don’t look for a new coupe, because it won’t happen.

The engine lineup remains a well-preserved secret, albeit one that should unravel tonight. Until it does, we will remind you that the current iteration is offered with several powertrains, including the 174 HP 1.5-liter turbo and the 158 HP 2.0-liter naturally aspirated unit. The Civic Si and Type R have 205 HP and 306 HP, respectively, from a 1.5- and a 2.0-liter turbocharged mill.

Production of the new Civic will kick off in a few months, and it will launch in North America in both sedan and hatchback body styles in the first half next year.