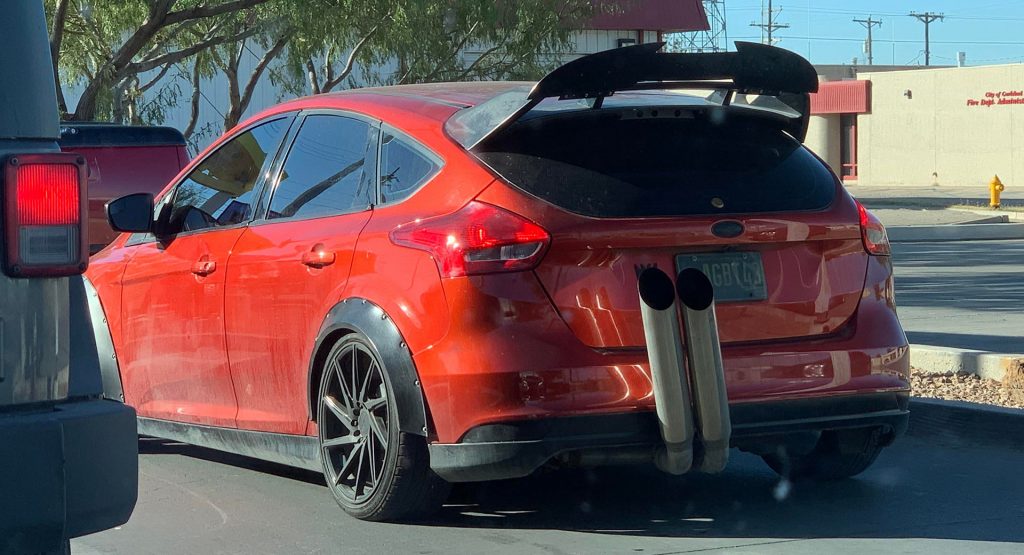 What do you do if you own a standard Ford Focus but want to make it look like something that’s performance oriented? An owner thinks they have found a solution.

The first thing that makes this orange Focus stand out are the wild exhausts. The owner was clearly looking to improve the soundtrack of the hatchback’s engine and also wanted to make a visual statement so has fitted a pair of custom tailpipes that reach out from under the bumper and stretch up by about 1.5 feet, pointing towards the sky. The tailpipes are bizarre, to say the least.

Some other modifications have also been made. For example, there is a large rear spoiler stretching up from the roof and finished in black. Interestingly, this spoiler looks similar to the one offered on the Focus RS but features a large gurney flap that has been bolted on to make it even larger.

The owner of the Ford has also fitted a set of bolt-on fender flares and aftermarket wheels. You may also notice that there is a Decepticon badge on the tailgate, as well as tinting over the rear license plate and the Ford emblem.

While we’re not fans of the modifications made, this is far from the most distastefully modified car we’ve found while browsing Reddit. In fact, if not for the rather awkward tailpipes, we think it wouldn’t have raised too many eyebrows. 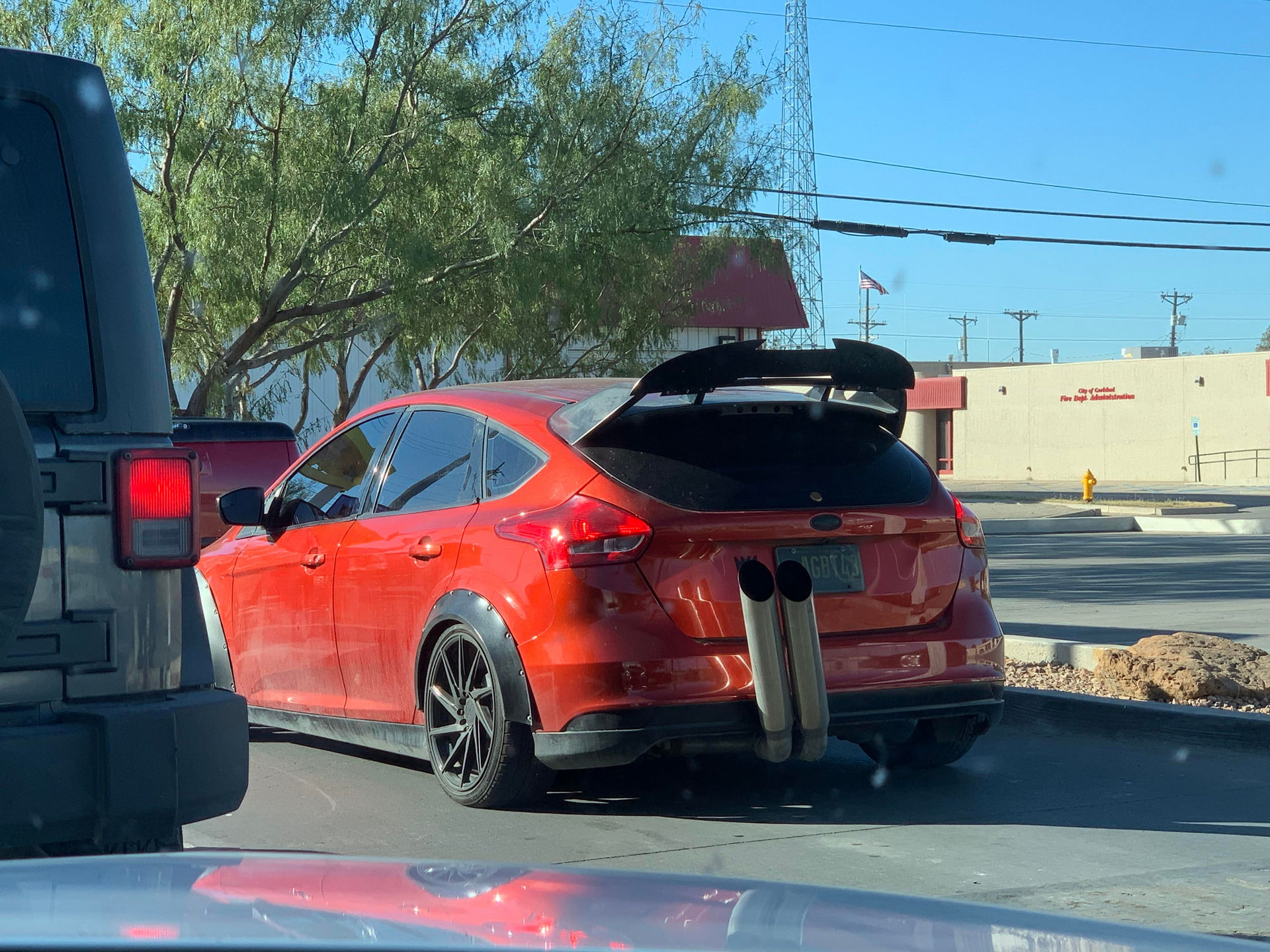 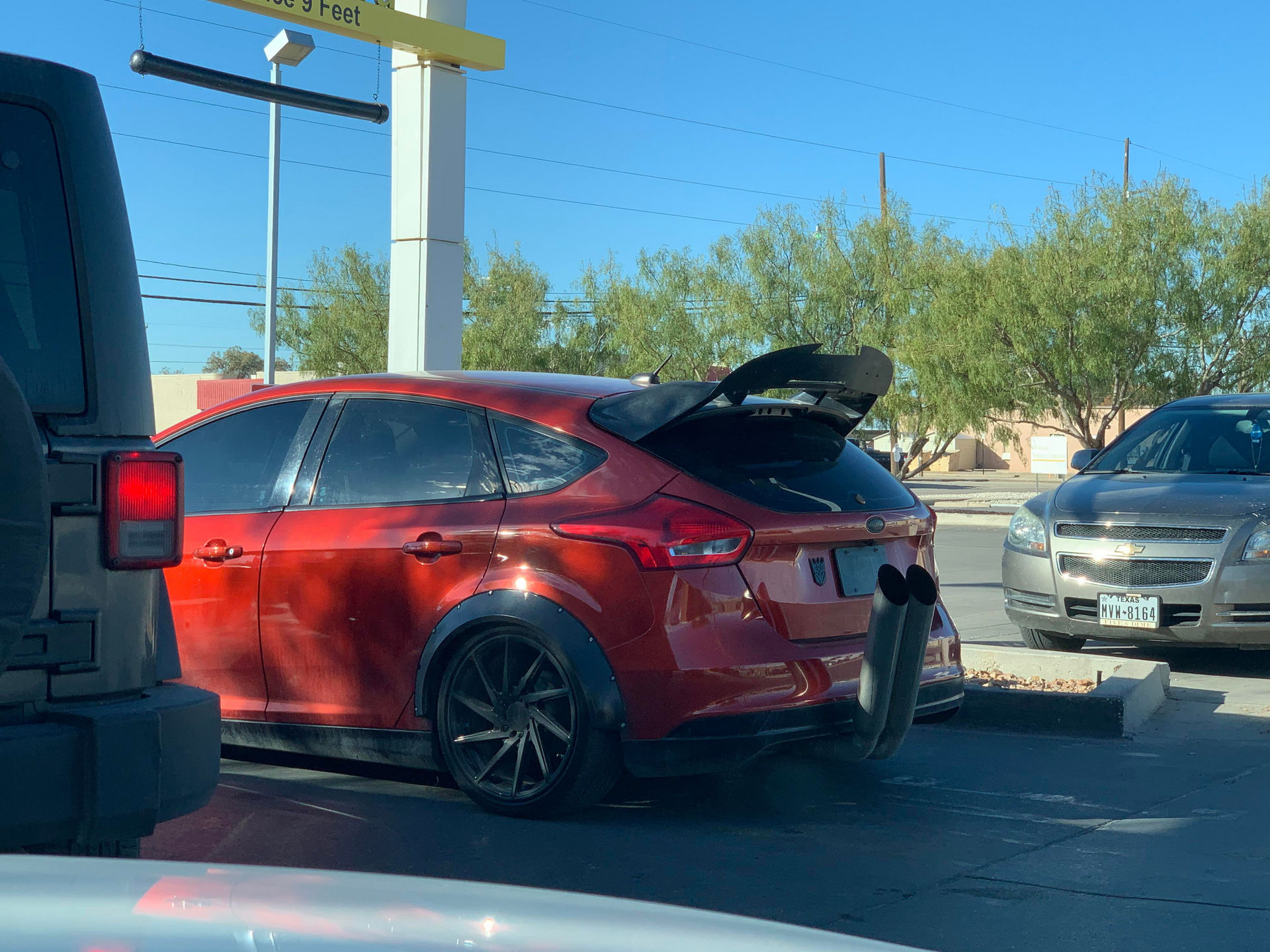