Viewers have been divided over Baby Yoda snacking on Frog-Lady’s eggs in The Mandalorian – but episode 3 has made it less horrifying.

The Mandalorian has fixed the problem with Baby Yoda eating Frog Lady’s eggs. All signs are that The Mandalorian season 2 is every bit as much a success as the first season, even if it does take a very different narrative approach. Season 2 has a continuing narrative throughline, with every episode leading almost seamlessly on to the next.

The second and third episodes of The Mandalorian featured a character whom Lucasfilm has dubbed “Frog-Lady,” who was apparently attempting to prevent her race going extinct by getting her eggs to her husband so they could be fertilized. The eggs became a surprisingly controversial joke, however, because Baby Yoda started snacking on them surreptitiously. A firestorm of controversy blazed online, one Lucasfilm was clearly unprepared for; mere days after the release of episode 2, they unveiled toys of Baby Yoda gazing hungrily at the eggs. It all feels like a running gag that hadn’t been properly thought through, and that has backfired rather badly.

Related: The Mandalorian: Why Hyperdrive Would Kill The Frog Lady’s Eggs

Fortunately, The Mandalorian season 2, episode 3 does a decent job of fixing the problem of Baby Yoda snacking on these unfertilized eggs. Frog-Lady is able to find her husband, and he clearly successfully fertilizes one of the eggs, because one scene shows the couple gazing adoringly at their new child. Significantly, though, only one of the eggs has been fertilized. It seems this species’ reproduction involves the female producing a large number of eggs, but the male is only able to fertilize a single one. It’s possible this is a defense mechanism against a hostile environment on the aliens’ homeworld, with predators hunting for the eggs as a delicacy. 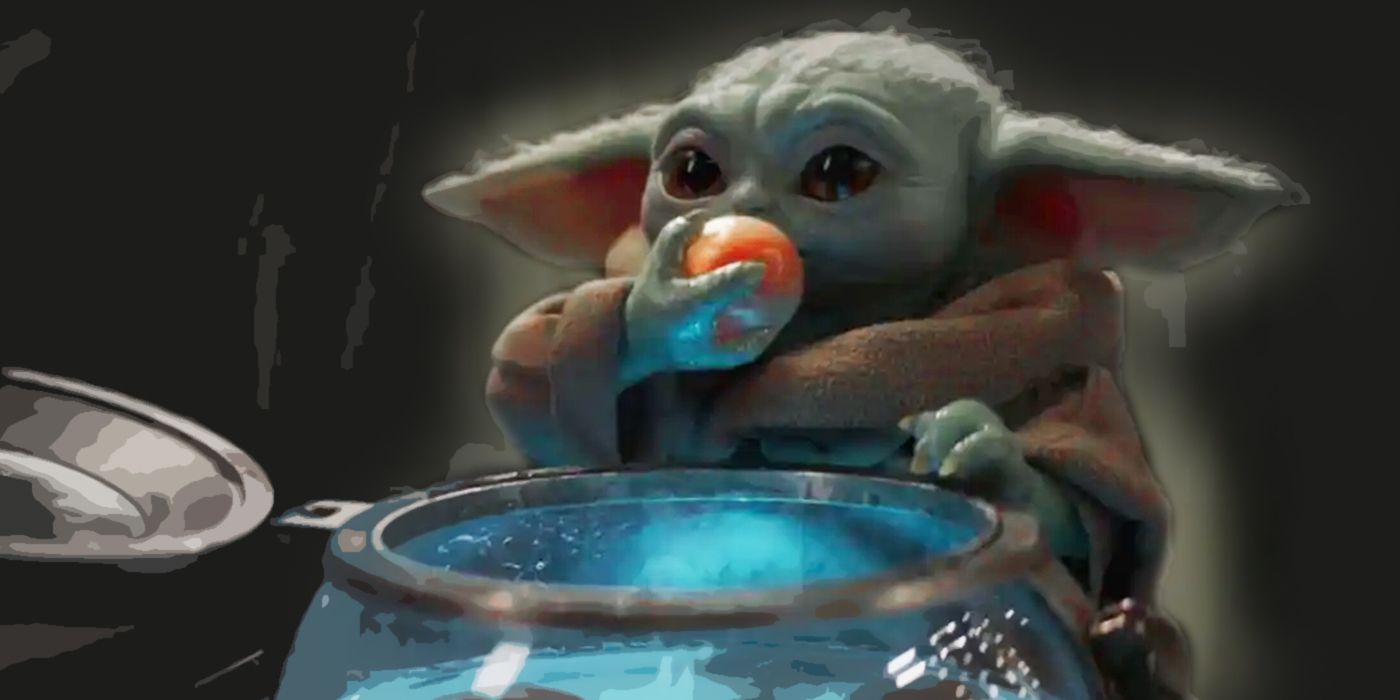 This suggests Baby Yoda was not coming close to rendering an entire sentient species extinct. Rather, the Child’s actions were in accordance with the natural order on Frog-Lady’s homeworld, and the only thing that mattered was that he didn’t eat the lot. The gag is still a little tasteless, because Baby Yoda really would have tucked in had he been left unsupervised, and frankly it’s not really comfortable thinking of the Child as an actual predator. But at least it isn’t quite so bad – and at least Baby Yoda didn’t then try to eat the Frog Child as well.

One thing’s for sure, though; the egg joke was a rare misstep for The Mandalorian, with episode 2 generating mixed responses for the first time since the show started in November 2019. It has been fixed, but more by luck than good judgment, and the writers, directors, and even showrunner Jon Favreau will want to pay a little more attention going forward.

More: The Mandalorian: What Tusken Raiders Look Like Under Their Masks

Tom Bacon is one of Screen Rant’s staff writers, and he’s frankly amused that his childhood is back – and this time it’s cool. Tom’s focus tends to be on the various superhero franchises, as well as Star Wars, Doctor Who, and Star Trek; he’s also an avid comic book reader. Over the years, Tom has built a strong relationship with aspects of the various fan communities, and is a Moderator on some of Facebook’s largest MCU and X-Men groups. Previously, he’s written entertainment news and articles for Movie Pilot.

A graduate of Edge Hill University in the United Kingdom, Tom is still strongly connected with his alma mater; in fact, in his spare time he’s a voluntary chaplain there. He’s heavily involved with his local church, and anyone who checks him out on Twitter will quickly learn that he’s interested in British politics as well.