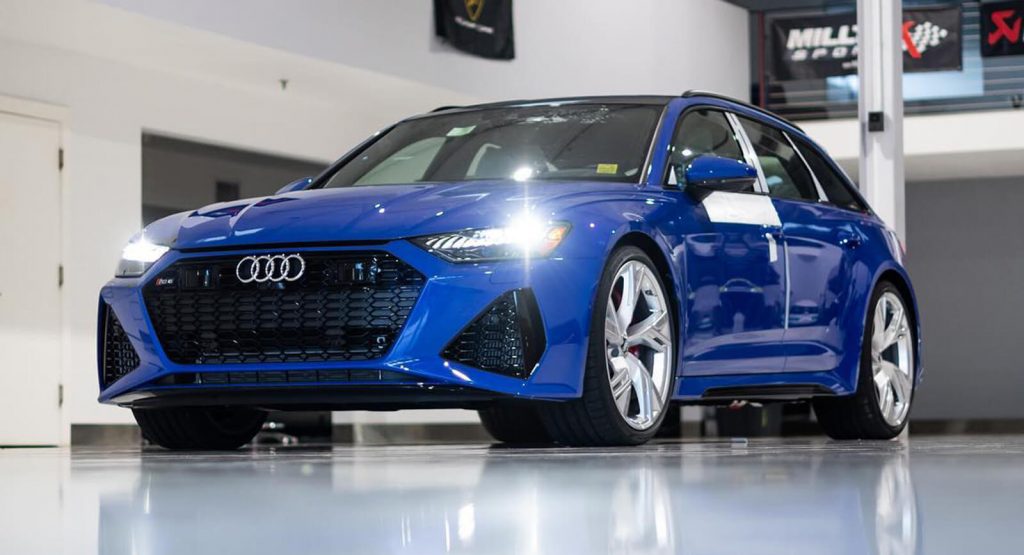 MTM USA has gotten its hands of the stunning Audi RS6 Avant Tribute Edition, and they’re promising to do something very special with it.

Before the work began, they had to unwrap it, and since it’s not every day that they take delivery of one of the best super wagons out there, which also happens to be a limited model, they filmed it and shared the video with their social media fans.

Paying homage to the iconic RS2 Avant and offered in 25 units only, the RS6 Tribute Edition boasts bespoke styling features inside and out, such as the black accents on the grille, side blades, roof rails and diffuser, contrasting the Nogaro Blue paint finish. It sits on 22-inch wheels and also has sports seats, Denim Blue stitching and carbon fiber trim, among other things.

Now, MTM hasn’t announced what they have planned for the RS6 Tribute Edition, but it should be interesting, considering that they are already offering power kits for the super estate that up power to a jaw-dropping 1,001 HP and 921 lb-ft (1,249 Nm). The ultimate tuning job costs $43,599, while pricing for the RS6 Tribute starts at $136,800, $26,805 more than the standard RS6.