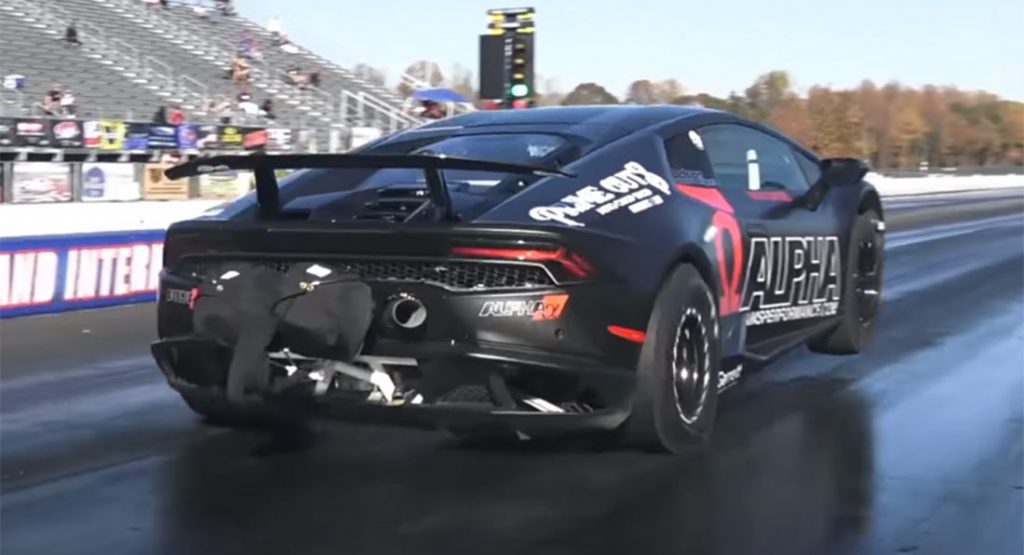 You may have seen some pretty insane twin-turbocharged Lamborghini Huracans over the years, but chances are you’ve never seen one quite like this.

The Huracan in question comes from AMS Performance, a tuning company best known for building the world’s quickest Nissan GT-Rs. Recently, it got its hands on a Huracan and fitted a pair of massive turbochargers, among other modifications, so that it puts out 1,800 hp and can sprint down the quarter-mile in the mid-7-second range.

This Huracan is actually the same car that was featured on the Netflix series Hyperdrive and was then purchased by AMS Performance. It sports the rear wing of a Performante and has a matte black finish. It has also been converted to rear-wheel drive and rolls on a set of drag radial tires that help put all 1,800 hp to the pavement.

While out drag racing at a recent event in the U.S., That Racing Channel had the opportunity to take a close look at the car. Not only is it extraordinarily fast in a straight line, but during one particular run down the quarter-mile, it performed a wheelie while trying to put all of its power to the ground.

In that run, the front wheels immediately lifted off the ground by about one foot as the driver accelerated off the line. With his foot planted firmly to the floor, the Italian supercar then lifted up its front wheels by about three feet. Incredibly, onboard footage shows that, despite the wheelies, the driver kept on accelerating.