After being released in Japan, the mythical Pokémon Zarude will soon be distributed in the US to those who sign up for the Pokémon Trainer Club.

The mythical Pokémon Zarude will soon be released outside of Japan, and downloading it to Pokémon Sword & Shield is fairly simple. Zarude is the one new mythical Pokémon that the 8th generation added, and it’s the same type as Shiftry, being grass/dark.

The baboon Pokémon was previously only available in Japan with movie tickets for the new Pokémon movie, now known as Pokémon: Secrets of the Jungle. Zarude was first revealed in February 2020 and distributed during the summer in Japan, but only now is it finally being released to the rest of the world. Pokémon has consistently locked specific creatures to real world events such as these, and while they’re not usually hard to get once distributed to the West, it can still be considered a slight annoyance to receive exclusive Pokémon in this manner. Furthermore, these event distributions used to involve going to specific locales to catch these mythical Pokémon through generations three to five, though one of these events never officially released.

The Pokémon Company has announced its plans for how players will be able to receive Zarude in Sword & Shield. For the US, all trainers need to do is sign up to receive Pokémon Trainer Club email notifications by November 20. If players sign up by that date, they’ll receive an email containing a distribution code containing Zarude on December 11 that they can redeem in Sword & Shield. The Zarude in question will be level 60 and will have the moves close combat, power whip, swagger, and snarl. 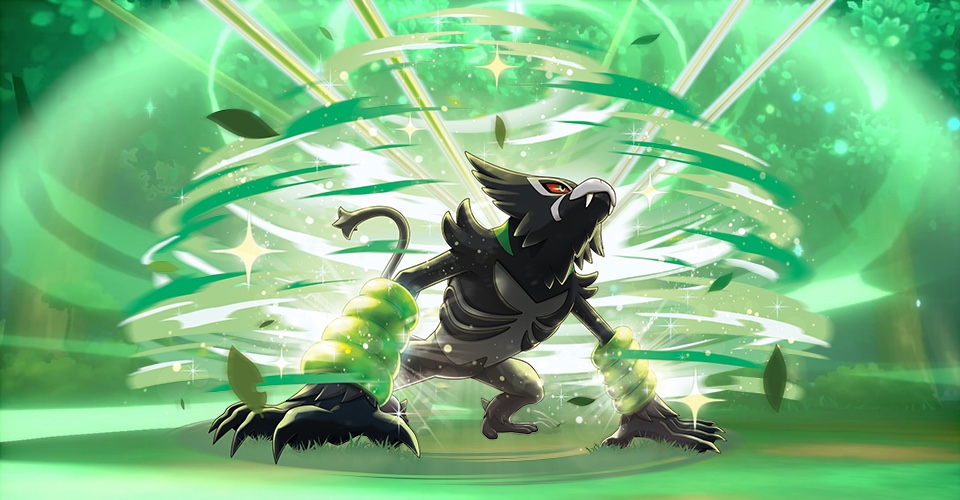 Zarude also boasts a powerful signature move called Jungle Healing. The move heals Zarude and its allies by 25 percent of their maximum HP, as well as curing any status conditions they may have. This allows it to not only be a valuable teammate to have in double or multi battles, but it also provides great self sustainability to cover its offensive capabilities. Needless to say, Zarude can be a powerful force on any team both offensively and defensively.

It’s not likely that this form of distributing Pokémon will stop any time soon. Some have criticized these distributions for being unceremonious and not bringing the same sense of intrigue as going to Newmoon Island in Sinnoh to catch Darkrai. At the very least though, it won’t be long before this Japan-exclusive Pokémon is available to everyone. Soon, Zarude will become a valuable asset to Pokémon Sword & Shield trainers in both single player and in competitive play.

Max Mastrogiacomo is a graduate from Adelphi University. Having studied communications, Max has had experience in various types of writing, including journalism. Max has previously written a piece for TheCollegeFix.com, and is now working as a freelance writer for Screen Rant. At Adelphi, he also studied video production, and has produced several films during his time at Adelphi.