Not long after the launch of the PS5, users have discovered a back door to access a hidden internet browser despite Sony saying it didn’t have one.

Despite the PlayStation 5 not officially supporting a web browser, a hidden browser was discovered where users can access virtually any site. This, in an unorthodox way, brings back the web browser compatibility that both the PS3 and PS4 featured.

Previously, Sony publicly stated that the PS5 will not support web browser functionality, simply due to having doubts as to whether it’s necessary. Hideaki Nishino, Sony’s Senior Vice President of Platform Planning & Management stated in an interview, “Since it is necessary to take measures against child switches, it will take some man-hours to install a web browser.” Meanwhile, the Xbox Series X has Microsoft Edge preinstalled on the system, and Microsoft is also working on a web based browser service to allow users access to game pass. This decision by Sony not to include a browser came off as a very odd one, given that web browser functionality was on the PS3 and PS4.

Despite Sony’s clear stance on not having a public web browser, it seems as though the PS5 is able to access one anyway, albeit in an unusual manner. Ars Technica has discovered that there is a hidden back door to the wider web through an option to link the PS5 with other services such as Twitter. Upon selecting this option, users are taken to a page that prompts them to log in to Twitter. However, users can click the Twitter icon at the upper left corner to access Twitter’s homepage. With that, the internet floodgates are now open to users for whatever URLs can be typed in. USB keyboards help to speed up the process. 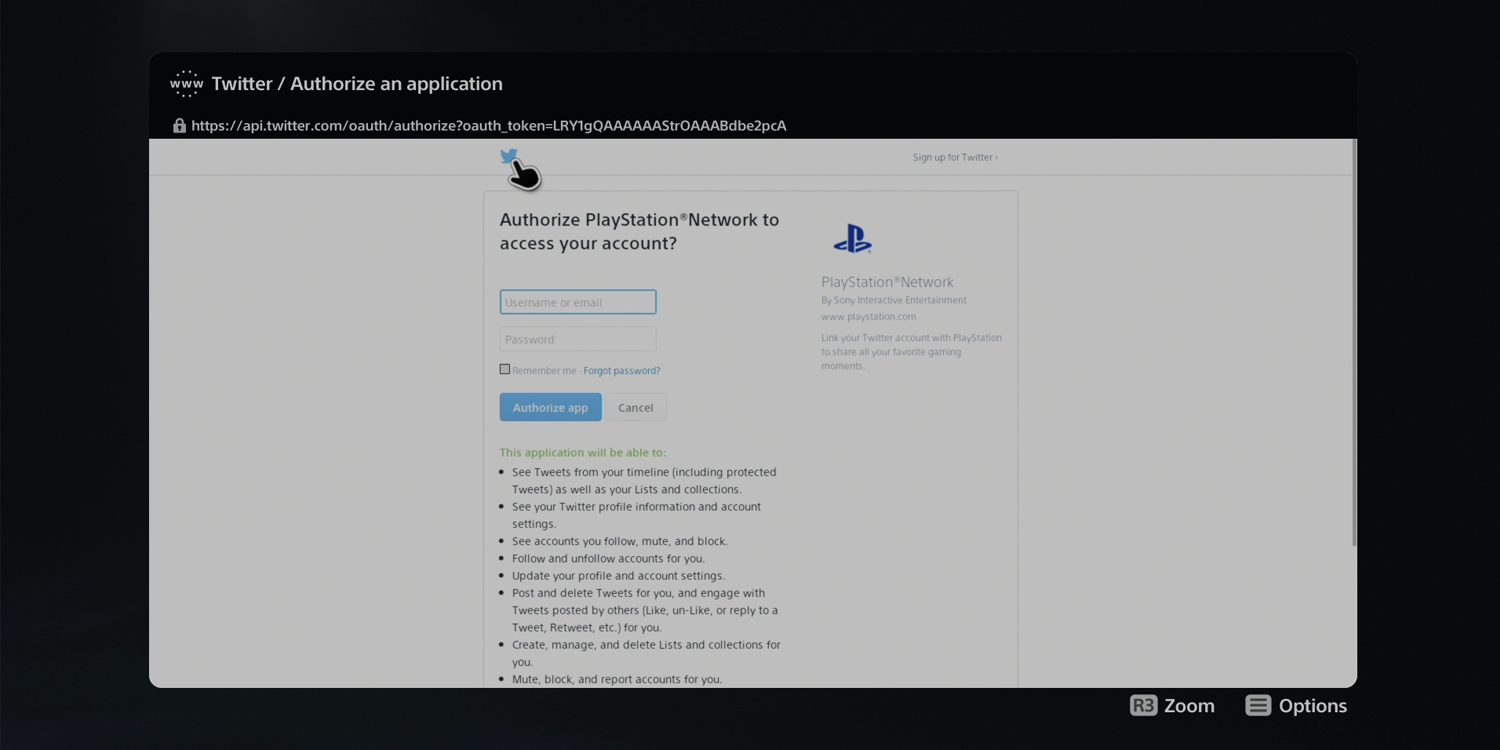 It’s unknown whether this was an intentional method to access the internet on PS5s or whether this was an unnoticed glitch that will be removed in the future. It does seem odd that, despite Sony’s questioning on whether a web browser is necessary for a console, there happens to be one anyway. Though this method of accessing the internet could be blocked off if users did log in to their Twitter accounts on the console, meaning that to access the internet, users shouldn’t link their Twitter accounts to the PS5.

Next: PS5 Games Can Be Claimed On PS Plus Without The Console

How to Defeat Joon-Gi Han in Yakuza: Like a Dragon (Boss Guide)

Max Mastrogiacomo is a graduate from Adelphi University. Having studied communications, Max has had experience in various types of writing, including journalism. Max has previously written a piece for TheCollegeFix.com, and is now working as a freelance writer for Screen Rant. At Adelphi, he also studied video production, and has produced several films during his time at Adelphi.