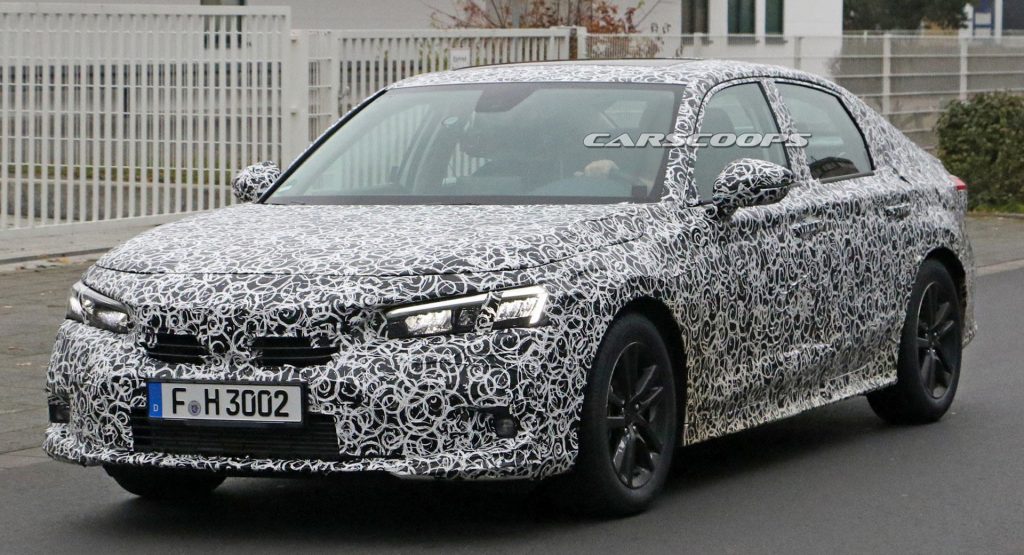 Dressed in heavy camouflage, the redesigned sedan is notably tamer as it eschews the ‘boy-racer’ look of the current model.

Instead, the sedan adopts a more formal – and boring – appearance that echoes the larger Accord. Up front, there’s a wide grille which is flanked by sweptback headlights and prominent daytime running lights. The model also has a wide air intake and circular fog lights. 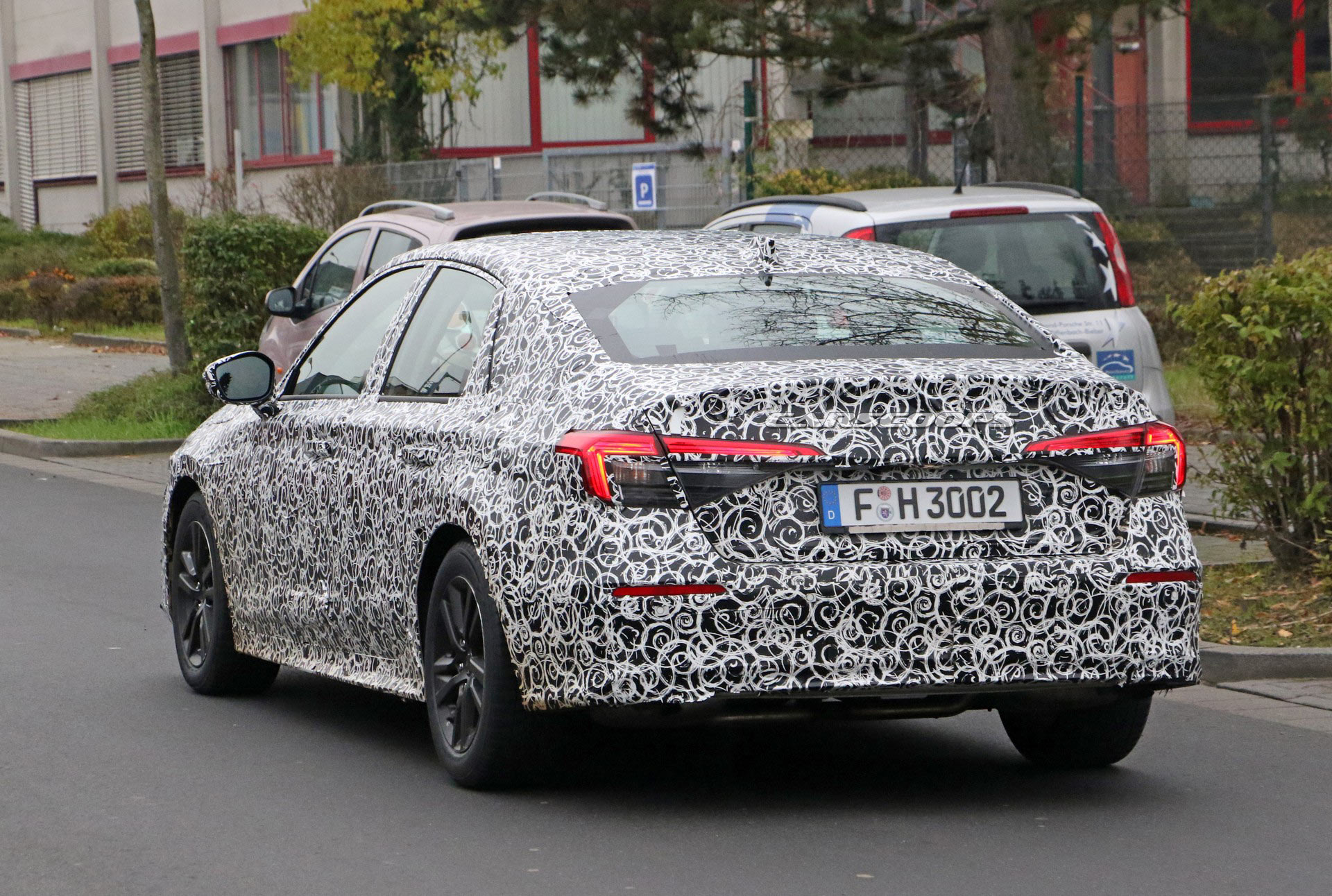 Continuing to the rear, we can see a rakish windscreen and less adventurous bodywork. The model also has aerodynamic skirts, an evolutionary greenhouse and large wraparound taillights.

While the camouflage hides a number of details, the Civic sedan was effectively revealed in patent photos earlier this year. The hatchback was outed in a similar fashion, while the coupe has already been killed.

While a number of questions remain, the Civic Prototype will be unveiled on November 17th and the production model will be launched in the United States in the spring of 2021.