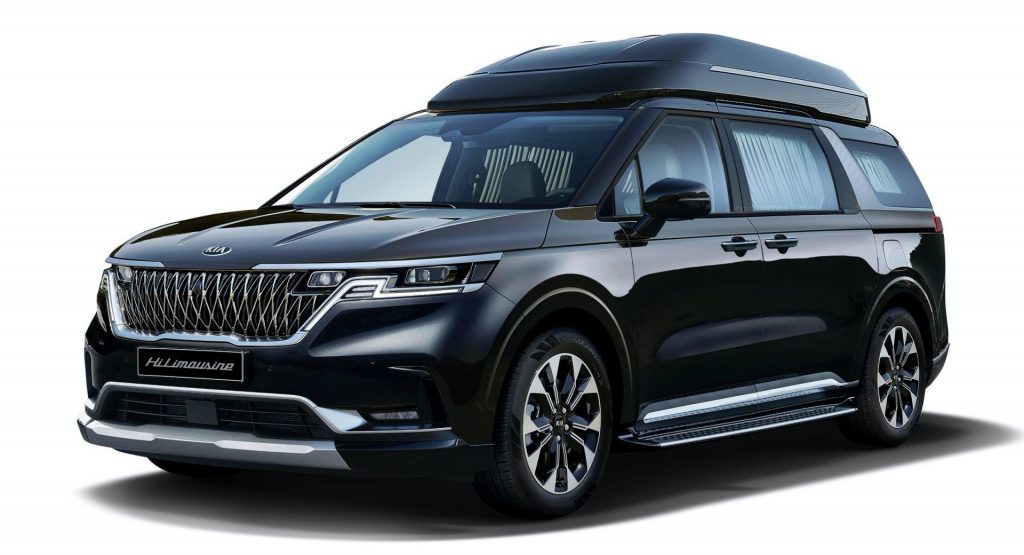 The fourth-generation Kia Carnival minivan broke cover in August in Korea and now the automaker has already released a ‘Hi Limousine’ variant.

Available in seven- and nine-seat configurations, the Kia Carnival Hi Limousine has a high roof as its standout feature. Looking at the photos you may think the Carnival (a.k.a. the Sedona in North America) features a roof box for additional cargo capacity, but you’d be wrong.

The main purpose of the taller roof is to ensure increased headroom and that’s exactly what it does, offering 291 mm (11.4 in) more headroom than the standard model. In addition, the Carnival Hi Limousine brings exterior upgrades including a front bumper guard, side steps, and more rugged-looking skid plates. Other unique details include a large LED auxiliary brake light at the rear of the high roof and a ‘Hi Limousine’ emblem on the tailgate. 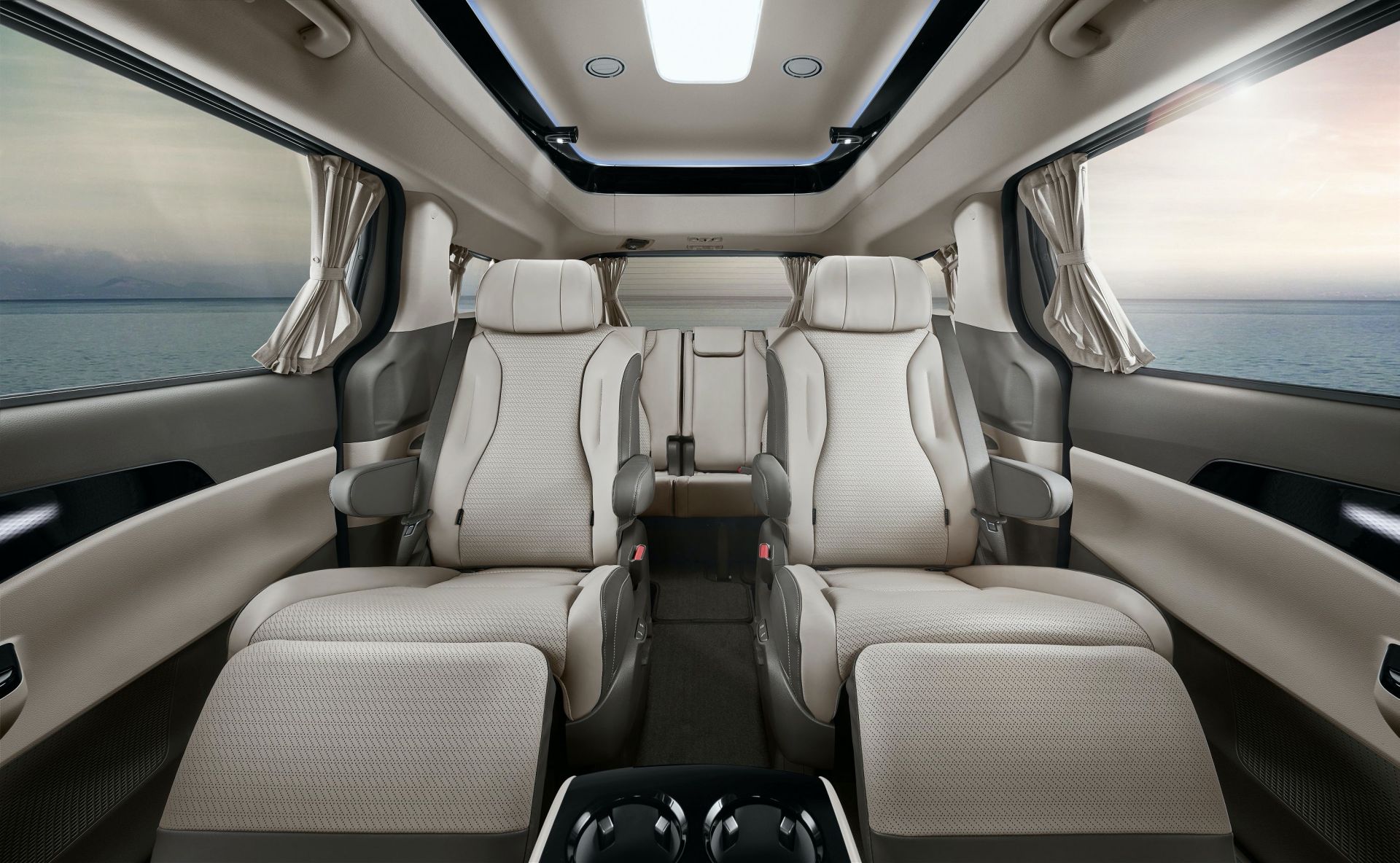 Inside, the Carnival Hi Limousine offers a lounge-like ambience with second-row captain’s chairs with leg rests on the seven-seat model and a 21.5-inch smart monitor in the rear passenger compartment. The screen is equipped with terrestrial HD-DMB TV signal, HDMI and USB ports, and a smart device mirroring and sharing function.

The Carnival Hi Limousine is powered by a Smartstream G3.5 GDI V6 petrol engine rated at 294 PS (290 HP) and 355 Nm (262 lb-ft) of torque. Prices in Korea start from 60.66 million won ($54,450) for the nine-seater model. In the future, Kia plans to release a more luxurious four-seat variant, as well as diesel-powered seven- and nine-seat models.