Mercedes-Benz is diversifying the Metris lineup in the United States with the launch of the Metris Getaway camper van.

The Metris is the U.S. version of the Vito Mercedes sells in Europe, but unlike its sibling from across the pond, America’s van hasn’t offered an official camper conversion yet. That changes now as Mercedes-Benz has teamed up with U.S. RV manufacturer Driverge Vehicle Innovations to offer a camper conversion based on its midsize van.

Mind you, this is not the first time we’ve heard of the project as it was first made public at the Chicago Auto Show in February, when the vehicle was introduced as the Metris Weekender. 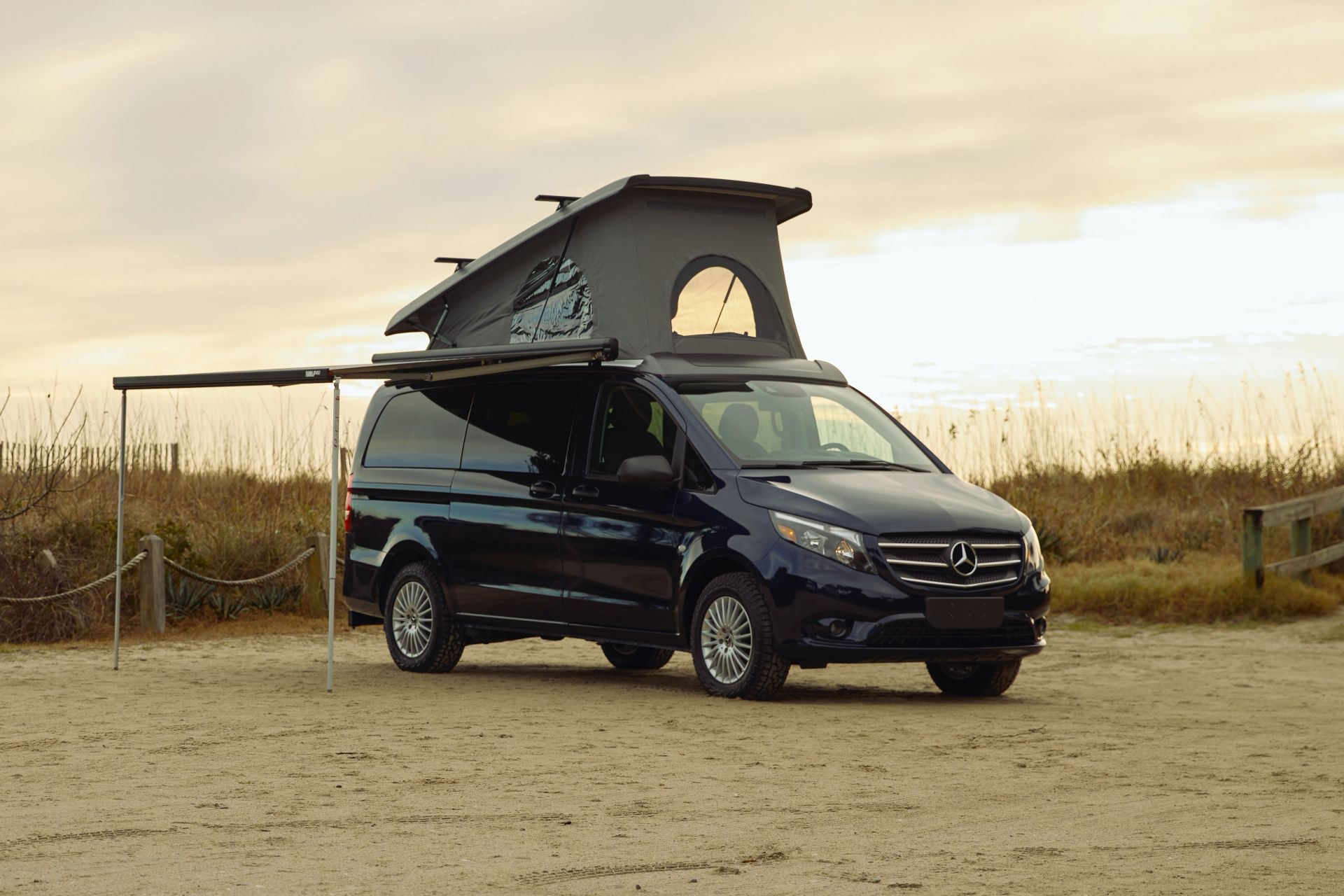 Now, however, the camper has been renamed Metris Getaway for its U.S. market debut. Available now at dealerships, the pop top camper van offers a number of upgrades aimed at making life comfortable on the road. Driverge has installed standard features like a pop-up roof with sleeping area, multipurpose rear bench seat that opens up into a bed, and swiveling front seats that transform the camper van into a lounge in no time.

The Mercedes-Benz Metris has also been fitted with a second battery and a rail for the rear bench seat to be moved along in order to create stowage space. 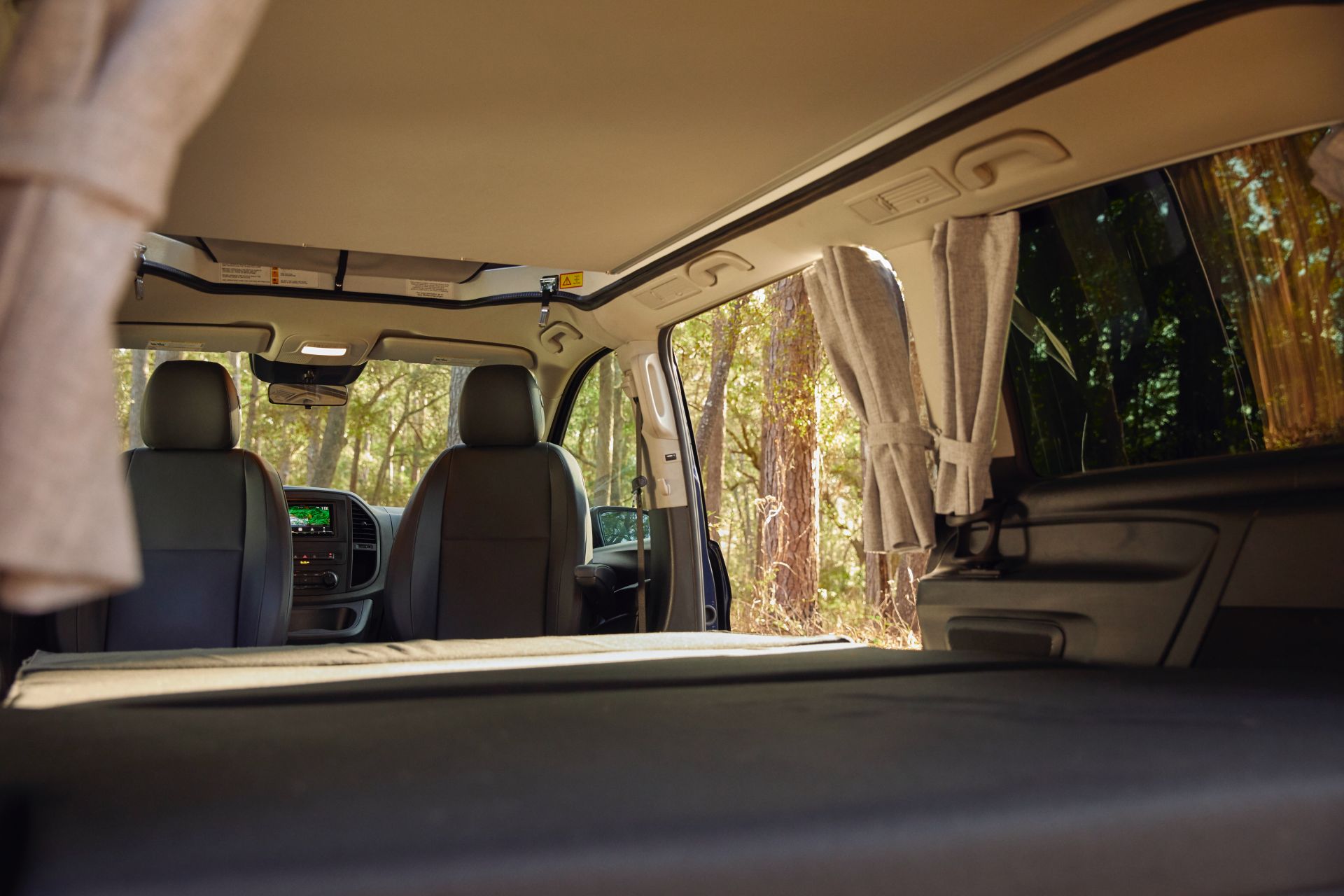 Of course, the Metris Getaway can be further upgraded with optional equipment such as a pull-out kitchen in the rear compartment, an awning, a rear tent, as well as mosquito/bug screens for the sliding doors and the rear hatch.

Also available are roof racks that can accommodate surfboards and other sports equipment, and solar panels for maximum self-sufficiency. As for personalization options, there are around 200 different colored decals on offer.