Getting a new BMW X7 with a bit more road presence than it might normally have has been made possible by the debut of the Dark Shadow Edition spec, limited to 500 units globally.

This particular SUV was recently on display at the carmaker’s Abu Dhabi showroom and it is an xDrive40i model. However, you can also get an X7 Dark Shadow Edition in M50i spec, featuring a 523 HP 4.4-liter twin turbo V8.

Right off the bat, we noticed that Frozen Arctic Gray looks much bluer than what we saw in the official press release when this limited edition spec was first announced back in July.

In fact, that car looked like it was wearing Frozen Dark Grey. However, the German carmaker made it clear that all Dark Shadow Edition X7 SUVs will be wearing Frozen Arctic Grey. 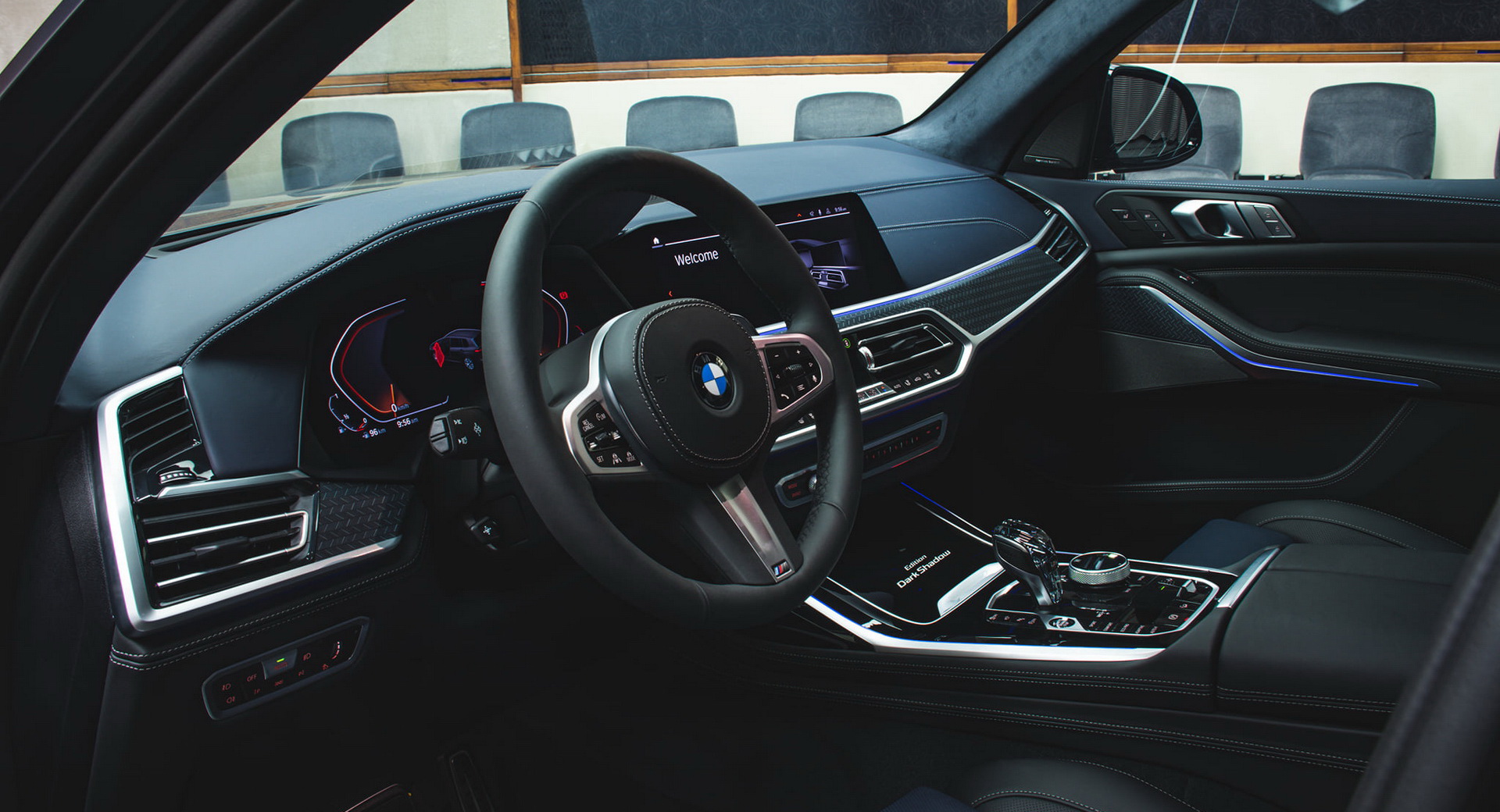 Exterior features include the BMW Individual High Gloss Shadow Line trim, found on the side window surrounds, kidney grille, roof rails, plus the bumper elements. As for the 22-inch V-spoke wheels, they come with a Jet Black matte finish.

Inside, there’s Nigh Blue Alcantara on the BMW Individual headliner, to go with Night Blue Nappa leather on the upper dash, doors and armrests. Meanwhile, the lower dashboard and seat backs are upholstered in Black Merino leather. The BMW Individual Fineline wood trim completes the exclusive look of the interior.