Hyundai had a busy day as they introduced the US-spec Tucson and teased a handful of upcoming N / N Line models.

If that wasn’t enough, they also announced plans for 12 new or “significantly enhanced” crossovers by the end of 2021.

The company was coy on specifics, but the product offensive includes a handful of previously unveiled models including the Kona and Santa Fe as well as the 2022 Tucson. Hyundai also confirmed there will be all-new models such as the Santa Cruz pickup and Ioniq 5, which was previewed by the 45 concept.

Under the plan, Hyundai will have “one of the freshest SUV and eco-focused lineups in the entire industry.” Speaking of the latter, the company said we can expect hybrid, plug-in hybrid and electric vehicles as well as petrol variants and N Performance models.

That isn’t much to go on, but the facelifted Kona was introduced in South Korea earlier this year. Besides the standard model and N Line variant, there will be a fully fledged Kona N which could have a turbocharged 2.0-liter four-cylinder engine that develops up to 275 hp (205 kW / 279 PS).

It remains unclear what the other models are, but Hyundai’s North American vice president of product planning and mobility strategy said “Our hard-working engineers, designers and development teams have developed fantastic new products for our customers.” Olabisi Boyle added “Hyundai’s SUVs, eco-focused vehicles and high-performance N products are here, and I can’t wait to see how consumers and enthusiasts react to our most impressive new product lineup to date.” 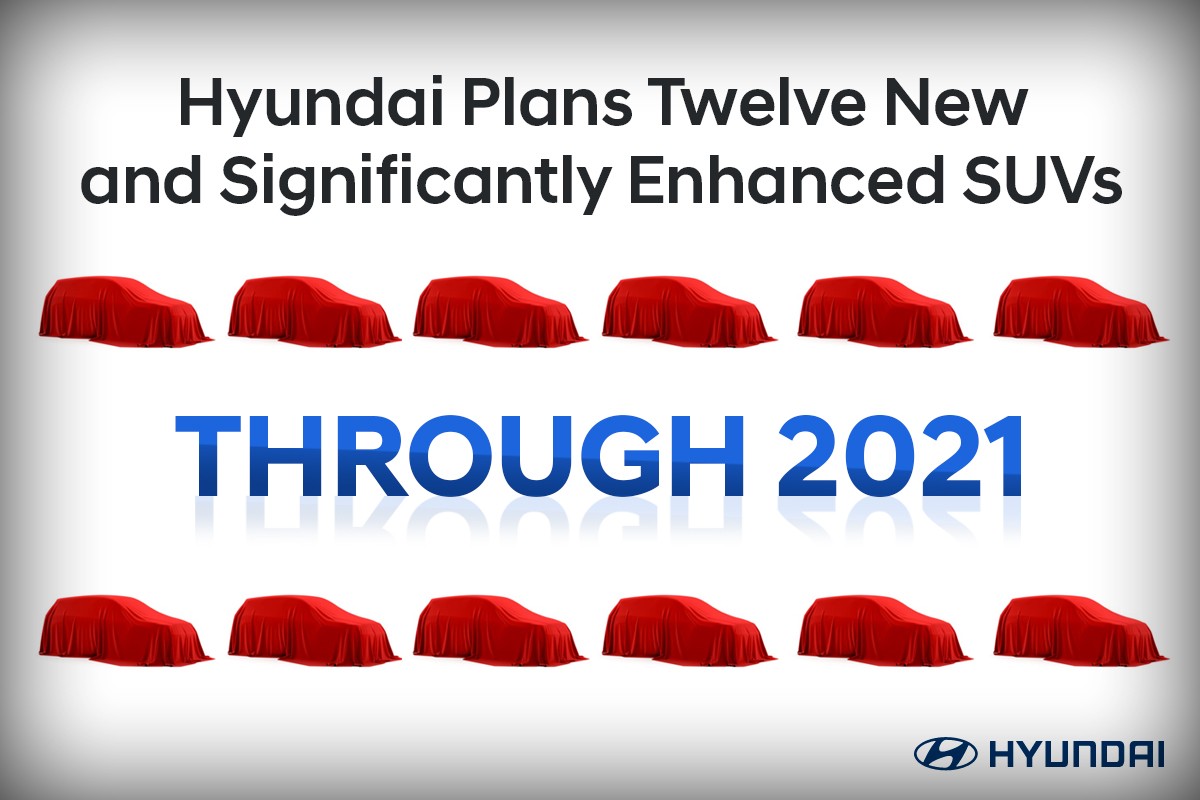