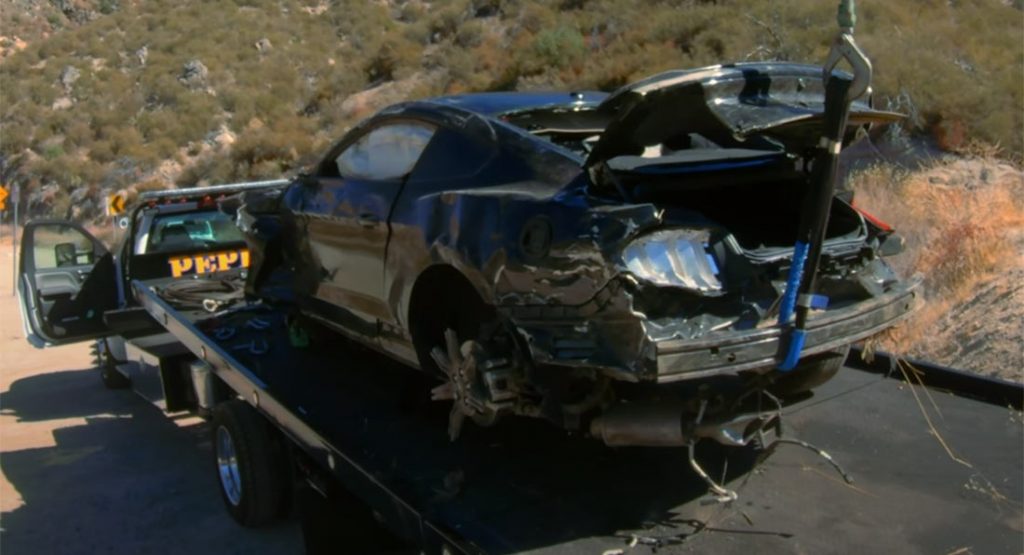 California has a number of pretty incredible roads that attract automotive enthusiasts with all kinds of cars. Unfortunately, some sections of these mountain roads take no prisoners and a simple mistake can have serious consequences, as the driver of this Ford Mustang clearly discovered.

Details about the incident are unclear, but it’s pretty obvious that the driver took a corner with too much speed and slid off the edge of the mountainside. According to one of the police officer’s at the scene, the owner of the Mustang was out for a drive after fitting the muscle car with a new set of wheels. 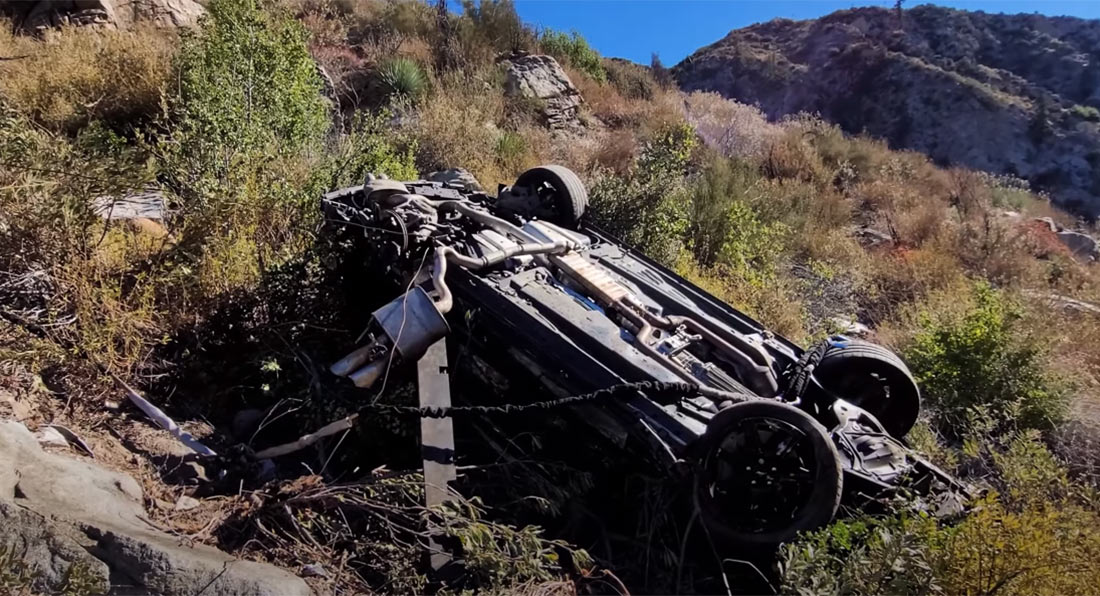 While videos of crashed Mustangs have become something of a joke among enthusiasts, it is sad to see a Mustang GT absolutely destroyed like this. The car clearly rolled multiple times down the mountain and is barely recognizable; the roof is caved in, all of the glass is broken, the aftermarket wheels have been destroyed, and not a single body panel has avoided damage.