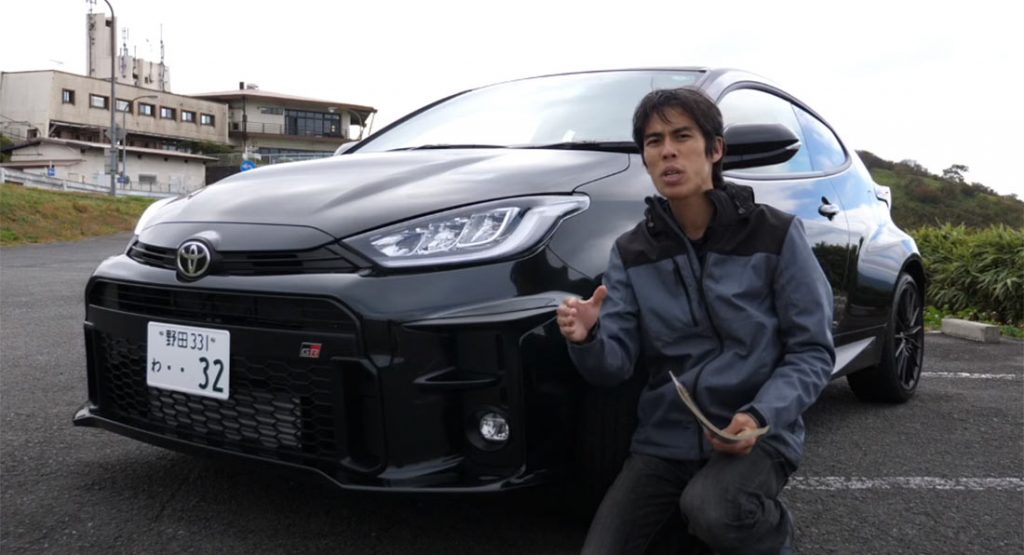 The Toyota GR Yaris is the most exciting performance car released by the Japanese automaker since the new Supra, and in this video, we are provided with an in-depth look at the potent hot hatch.

The example tested in this video is badged as the GR Yaris RZ GR-Four in Japan and is one of three variants offered in the local market, the other two being the entry-level RS with a 1.5-liter engine and the flagship RC that ditches amenities like the infotainment system.

Approximately two-thirds of the video focuses on the exterior and interior of the GR Yaris, but things get particularly interesting when the reviewer jumps behind the wheel and goes for a spirited drive.

As you probably already know, the proper GR Yaris (not the 1.5-liter variant) is powered by a 1.6-liter turbocharged three-cylinder engine delivering 268 hp and 273 lb-ft (370 Nm) in Japanese specification. Those are superb figures for a three-cylinder with this capacity, but as the reviewers in this video reveal, the car doesn’t sound good. In fact, all you can hear from the driver’s seat is the puny sound of the three-cylinder but it is impossible to hear the exhaust.

While driving the hatch through some twisty roads, the reviewers note that it corners well but are not blown away by it. They claim that it simply isn’t all that exciting to drive and feels more like a ‘warm hatch’ than a proper hot hatch. They also state that it’s probably not worth the money – almost 5 million yen (US$47,830) locally.

We hope to have the chance to drive the GR Yaris in the coming months and are very intrigued to see if we come to the same conclusion.