At first, the newest Hulk seemed like the darkest one yet, but a twist in the latest issue is giving readers sympathy for the Devil. 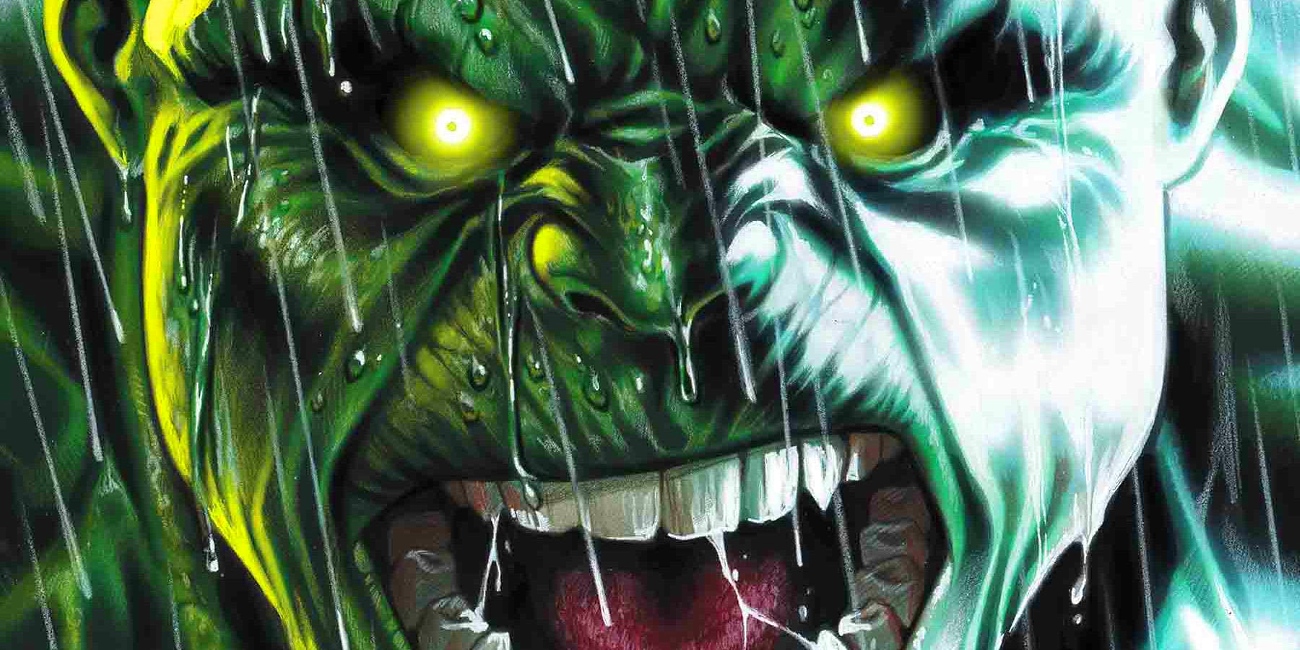 Spoilers below for Immortal Hulk #39!

The most frightening version of the Hulk to ever exist is also the most tragic. Since the beginning of the ongoing comic series Immortal Hulk, the classic Hulk has taken a backseat to the “Devil Hulk” persona, a cunning monster with plans to destroy the world. But as the story unfolds, the Devil Hulk has begun to inspire more pathos than fear. The issue Immortal Hulk #39 takes that emotional journey to its deepest point yet, revealing that the Devil Hulk’s origins are profoundly touching.

Immortal Hulk #39 is written by Al Ewing with pencils by Joe Bennett, inks by Ruy Jose and Belardino Brabo, color by Paul Mounts, and lettering by Cory Petit. The series has taken the Avengers hero in a dark new direction, shunting the Hulk into a world of body horror and profane occult forces. At the center of the madness is the Devil Hulk, a long-repressed form of the Hulk who has finally gotten a chance in the driver’s seat. At first, the Devil Hulk’s motives were so ominous that it seemed like a literal devil possessing Bruce Banner. But the truth is much more personal than that.

Related: Who is Maestro? The Future, Evil Version of The Hulk, Explained

As previous Hulk stories established, the Hulk’s various forms are dissociative personalities created by Bruce Banner’s childhood trauma. The childlike Savage Hulk stems from Bruce’s anger at his abusive father’s violence toward himself and his mother. The Devil Hulk, in contrast, is an outlet for Bruce’s sense of righteous outrage, seeking to punish those who abuse the innocent. Immortal Hulk #38 shows the scaly, monstrous Devil Hulk consoling a juvenile Bruce: “He’s not your dad. Not a good dad. A dad can’t hurt you and be a good dad.”

The issue expands on this as the villainous Leader intrudes on Banner’s mindscape through a gruesome ritual that involved entering the special hell Hulks go to and consuming the Banner’s father. When he starts to strike against Banner from inside his own head, the Devil Hulk gets protective. But the Leader takes the form of the elder Banner with complete authenticity, having eaten and become him, and the Savage Hulk pins the Devil Hulk back to protect his biological dad. “Hulk not want that. … Not daddy dead, just… just to love Hulk.”

The Leader taunts Bruce’s defender once he’s down. “Your love burned like the fires of hell. Strong and fierce, it terrified him. He knew you’d do anything to protect him. He had your love, unconditionally and forever. But we want what we can’t have.”

This stabs at the heart of who the Devil Hulk really is. He’s unique among the Hulk personas because he represents not who Bruce Banner is or wants to be, but someone that Bruce needed to exist in his life. The Devil Hulk is protective, mature, and loving, all the things that were missing from Bruce’s drunk, adversarial father. The Devil Hulk is scary because dads are monsters, but only destroys anyone who would hurt his son. In other words, the Devil Hulk is an abused kid’s idea of what a good dad would be like if one existed.

Immortal Hulk is a story about transformations: man to monster, love to cruelty, the familiar to the unsettling. But the most stunning transformation of all might be the slow unfolding of Devil Hulk from a horror movie killer to a nuanced and heartfelt character with more to say than any other superhero on the shelves.

More: The Hulk’s Nemesis is Torturing Him in The Most Disgusting Way Possible

Sean Finley is a comics news writer for ScreenRant. Mutated as a child by a radioactive copy of Amazing Fantasy #15, he now contributes articles, reviews, and short fiction to local and online outlets using a variety of thematic personas. When he isn’t writing, he’s the forever DM for his local D&D group, where everything is made up and the points don’t matter. You can reach him at wseanfinley (at) gmail.com.