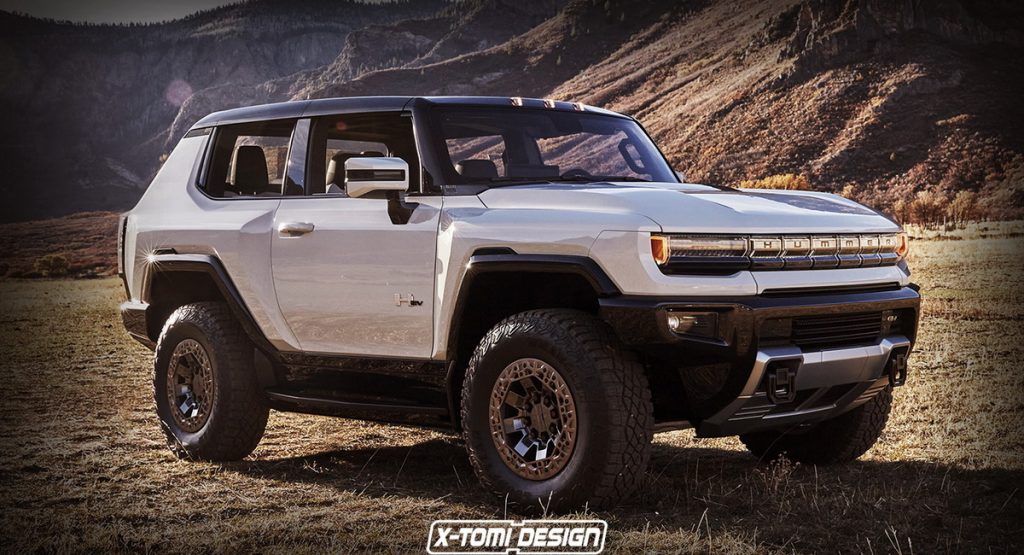 Two-door rugged utility vehicles seem to be reasonably successful in the United States since, well, as long as we can remember.

The all-new 2021 Ford Bronco is also gunning for a piece of that market, even though two-thirds of reservation holders have opted for the four-door body style, according to Ford. Nevertheless, with the automaker having received 190,000 initial reservations for its new SUV, that’s a lot of two-door Broncos.

With that in mind, it’s time for another hypothetical exercise, this time featuring the 2022 GMC Hummer EV, which has now been rendered by X-Tomi Design as a shorter-wheelbase, two-door SUV.

Read Also: A 2022 GMC Hummer EV SUV Would Look Just As (If Not More) Desirable As The Truck

If such a vehicle were to exist, it would offer Bronco and Wrangler buyers a zero-emission alternative with a rugged appearance.

However, the truth is that, right now, large electric pickup trucks seem to be the popular choice right now (Rivian, Cybertruck, upcoming Electric F-150), so GMC will focus its attention to the Hummer EV pickup truck.

As for how this two-door Hummer render compares to another recent illustration depicting a shorter wheelbase model, well, that one had suicide rear doors, so it was technically still a four-door. It also still had a truck bed, so it was a pickup and not an SUV.

So, will GM consider launching an all-electric Hummer SUV in the future? We obviously can’t rule out anything, especially since the industry is moving towards electrification. What’s more, chief rival Ford might have dropped an Easter egg about electrifying the Bronco, probably with a hybrid drivetrain, although nothing’s official just yet.

Note: This is a render by X-Tomi Design and is neither related to nor endorsed by Ford 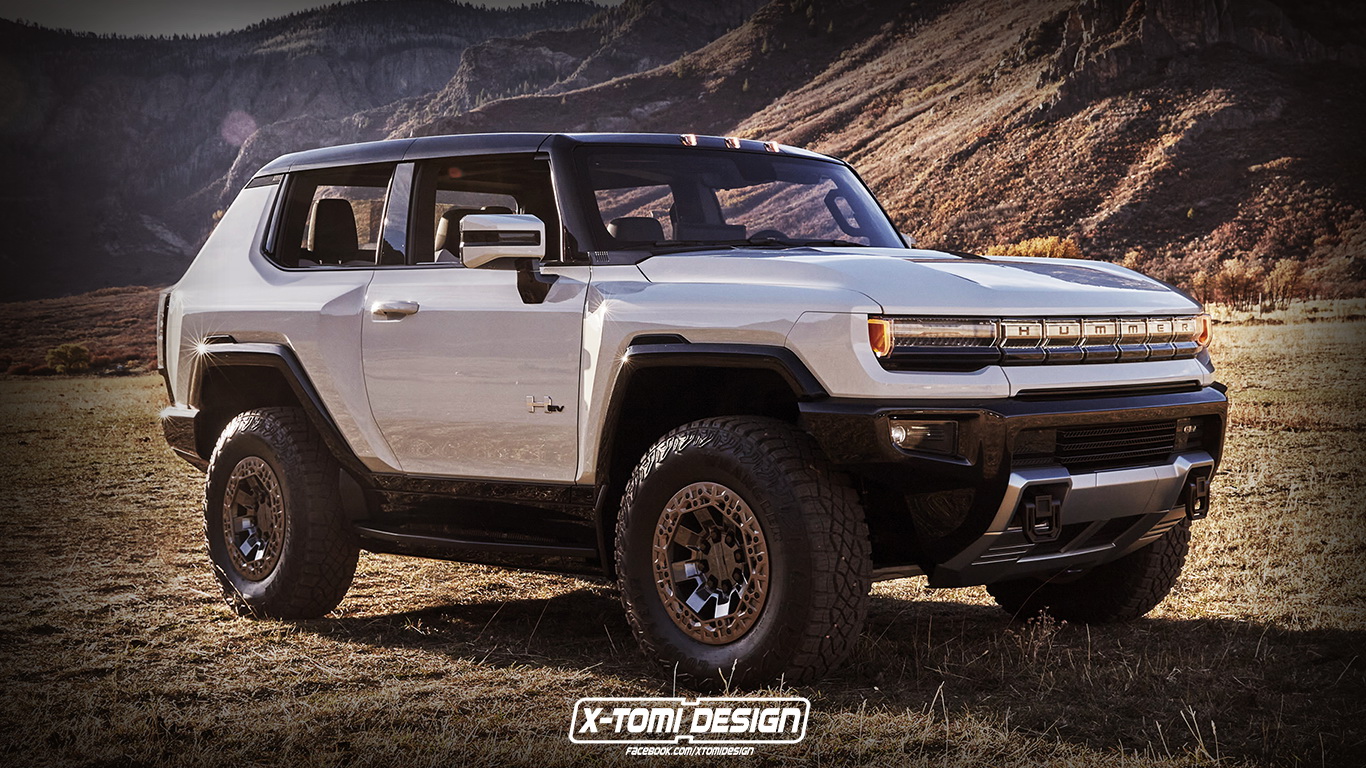