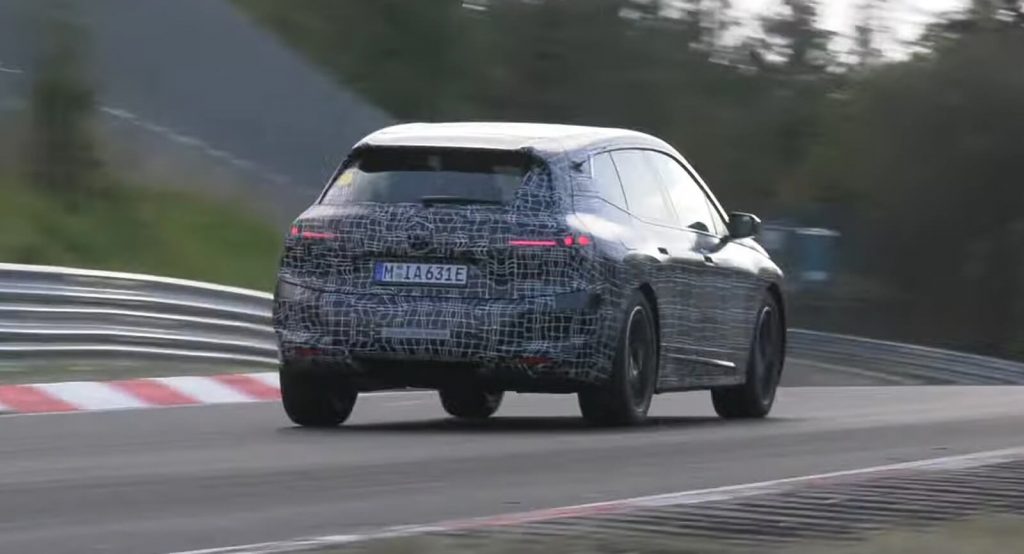 This is one of the last sightings of the BMW iNext with camo on, as the electric SUV is scheduled to make its debut on November 11.

Set to join the zero emission SUV segment alongside its smaller sibling, the iX3, the iNext will sport the brand’s new, distinctive styling language.

As we’ve already seen from previous prototypes, the iNext will get a fully enclosed grille with its design inspired by the latest 4-Series, as well as a muscular hood, slender LED headlamps, wide hips, slim taillights, flush-mounted door handles and a sloping roofline.

Read Also: 2021 BMW iX3 Vs. Audi e-tron Vs. Mercedes EQC – How Do The Premium German Electric Crossovers Stack Up?

It has been reported that the electric SUV will launch with three powertrain configurations. All of them will be based on the fifth-gen eDrive system and use an 80 kWh battery, while choosing the most affordable offering will reportedly mean having to make do with a single electric motor that’s said to generate 308 HP (312 PS / 230 kW).

Production is expected to start next year, and North America will likely get it as a 2022 model.