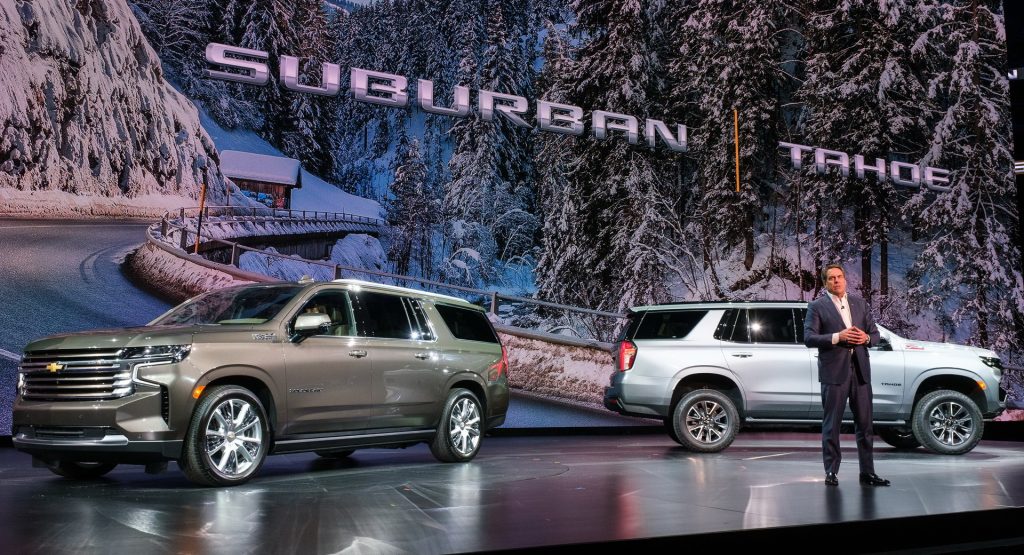 General Motors wants to begin selling full-size SUV models in China for the first time in their history, calling upon these flagship people haulers to help boost sales in the world’s largest car market.

This is a major shift for GM, which currently produces all of its China-sold vehicles within the People’s Republic. According to Reuters, the plan is to begin importing the Chevrolet Tahoe and Suburban, as well as the Cadillac Escalade and the GMC Yukon Denali.

The U.S. carmaker is currently showcasing these models at the China International Import Expo (CIIE) in Shanghai, which kicked off earlier this week and will run through next week as well.

“Our intention is to get customer reaction and find a way to sell these cars in China,” said GM China boss Julian Blissett. “We are looking into a variety of market sales plans for these vehicles, including online sales, leasing and others,” he added, without offering a detailed time frame for the execution of this plan.

In Q3 of this year, GM’s Buick and Cadillac midsize SUVs helped the carmaker grow its sales in China by 12% – its first quarterly growth in the past two years. However, the addition of full-size models should bring in a whole new customer base, as these trucks tend to have a third row of seats and plenty of room for six or even seven people.

This expansion would also see the GMC brand make its debut in China, officially (not through various importers).

Blissett also said that his company expects to have “a strong November and December” in China, and is now considering exporting China-made EVs globally.