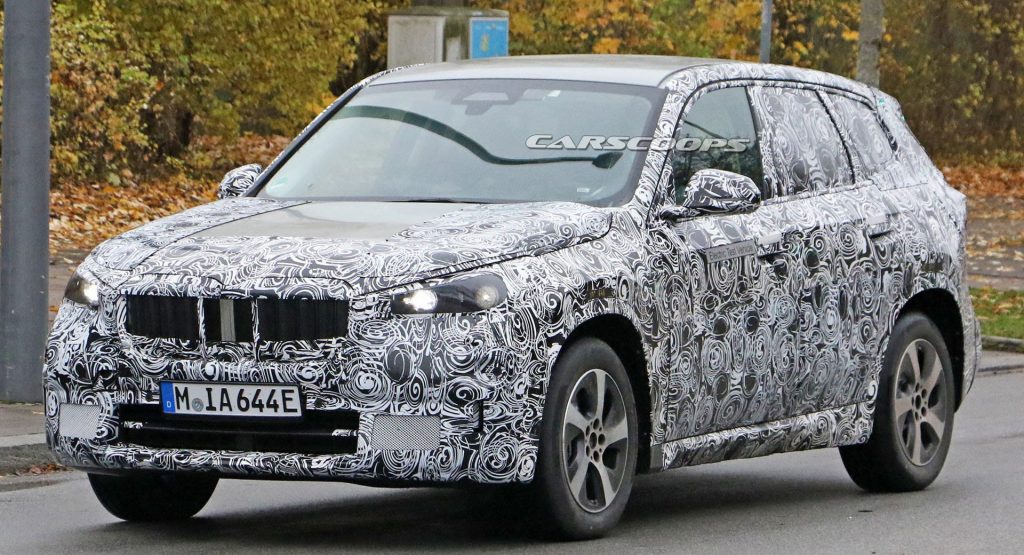 Hinted at in 2017, the iX1 is in the early stages of development and looks virtually identical to previous X1 prototypes. However, it features “Electric Test Vehicle” badging which confirms its eco-friendly powertrain.

While the model is heavily disguised, we can see it will feature a traditional twin kidney grille rather than the more controversial version used on the 4-Series. Details are hard to make out, but it will presumably be fully enclosed and echo the one found on the iX3. 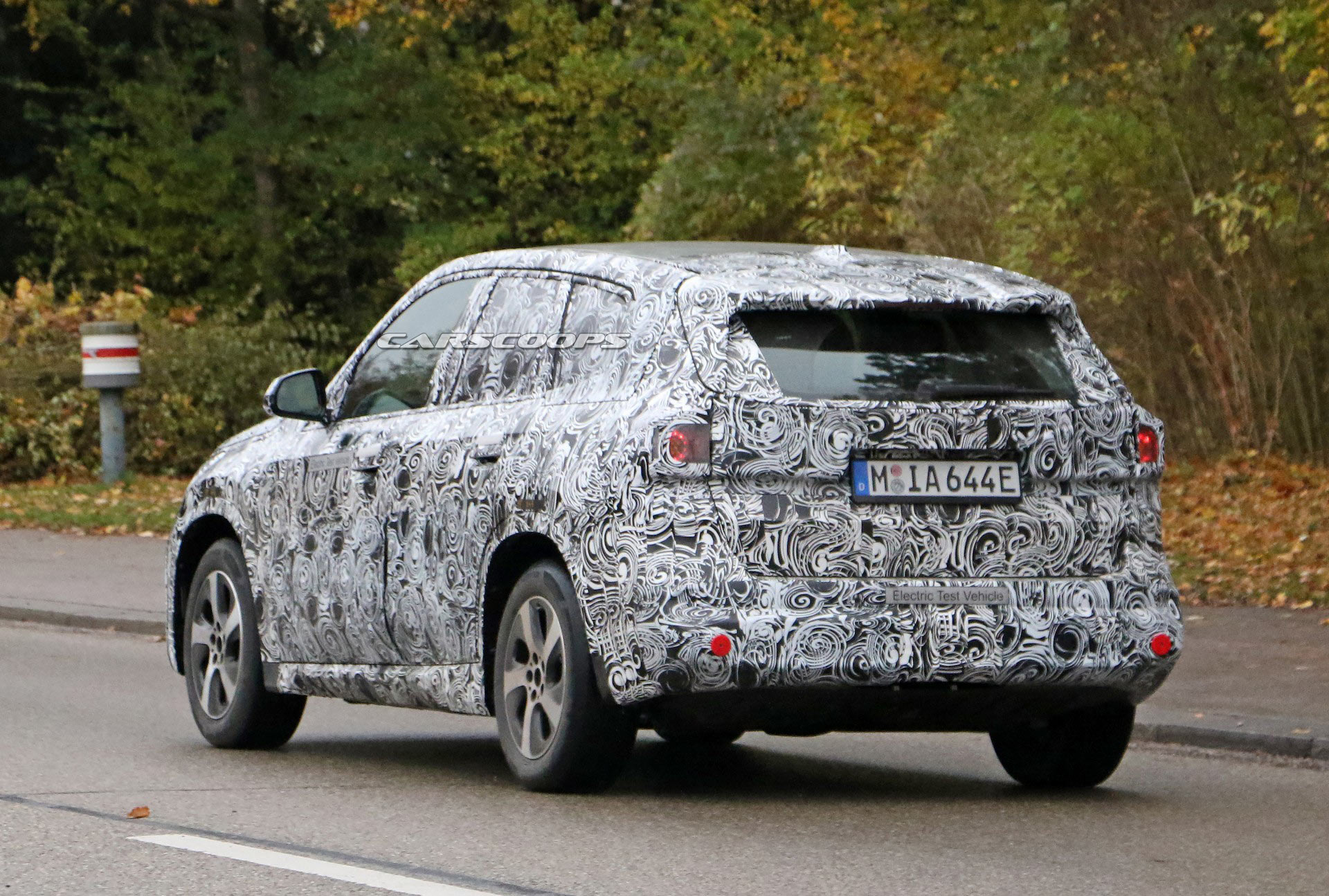 Elsewhere, we can see sweptback headlights and a wide lower opening that is flanked by vertical air intakes. The latter have become something of a hallmark for recent i models as they’ve been spotted on the upcoming i4 and iNext.

The sides of the crossover are pretty evolutionary, but the model adopts streamlined bodywork and eschews the prominent character lines found on the current X1. We can also see flush-mounted door handles and tall side skirts which help to hide the battery back.

Continuing out back, there’s a tailgate-mounted spoiler which wraps around the rear window. There are also temporary taillights and a rear bumper which lacks exhaust cut outs. While the latter is normally a telltale sign of an electric vehicle, previous prototypes have been spotted with the same bumper.

There’s no word on specifications at this point, but BMW’s electric vehicle roadmap suggested there could be 30e and 40e variants with 60 and 90 kWh battery packs. The model could also be offered with an optional all-wheel drive system which is notable as the iX3 is rear-wheel drive only.

That being said, a lot of details remain a mystery and crossover is still in development. However, we’ll learn more closer to the model’s expected launch in late 2022.