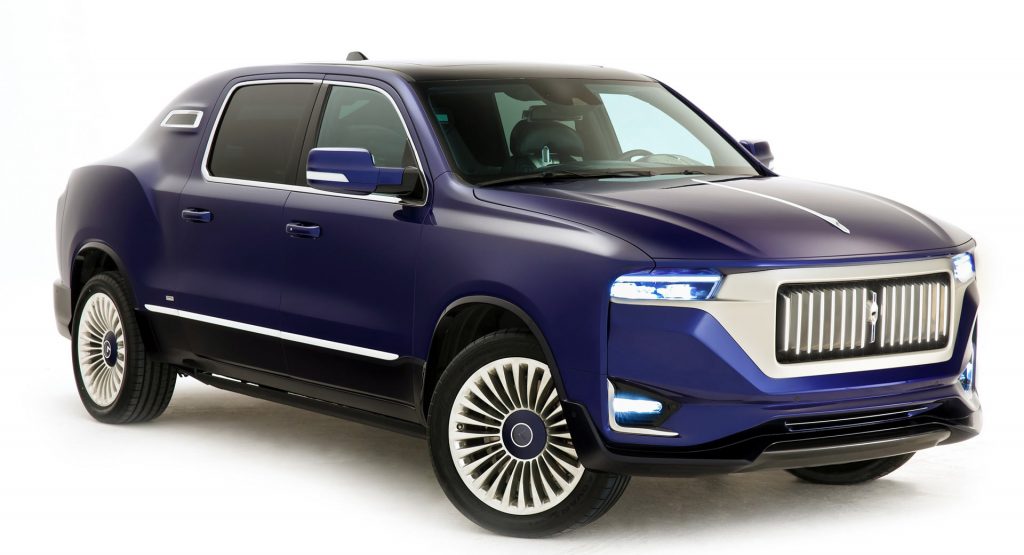 Just when you thought the Ineos Grenadier would win the title of 2020’s ugliest car, Aznom comes out of nowhere and introduces the Palladium.

In a two-pronged attack, the Palladium is an assault on your vision and the sensibilities. It’s billed as a “hyper-limousine” that is “capable of traversing any terrain” thanks to its four-wheel drive system.

Of course, it’s most notable for its unique and questionable design. There’s a lot going on with the exterior, but the front end looks like a Rolls-Royce knock-off as there’s a bright grille with horizontal slates that is flanked by slender LED headlights.

Also Read: Aznom Atulux Is A $263k Coachbuilt Ram That Doesn’t Know If It’s A Truck, SUV Or Sedan 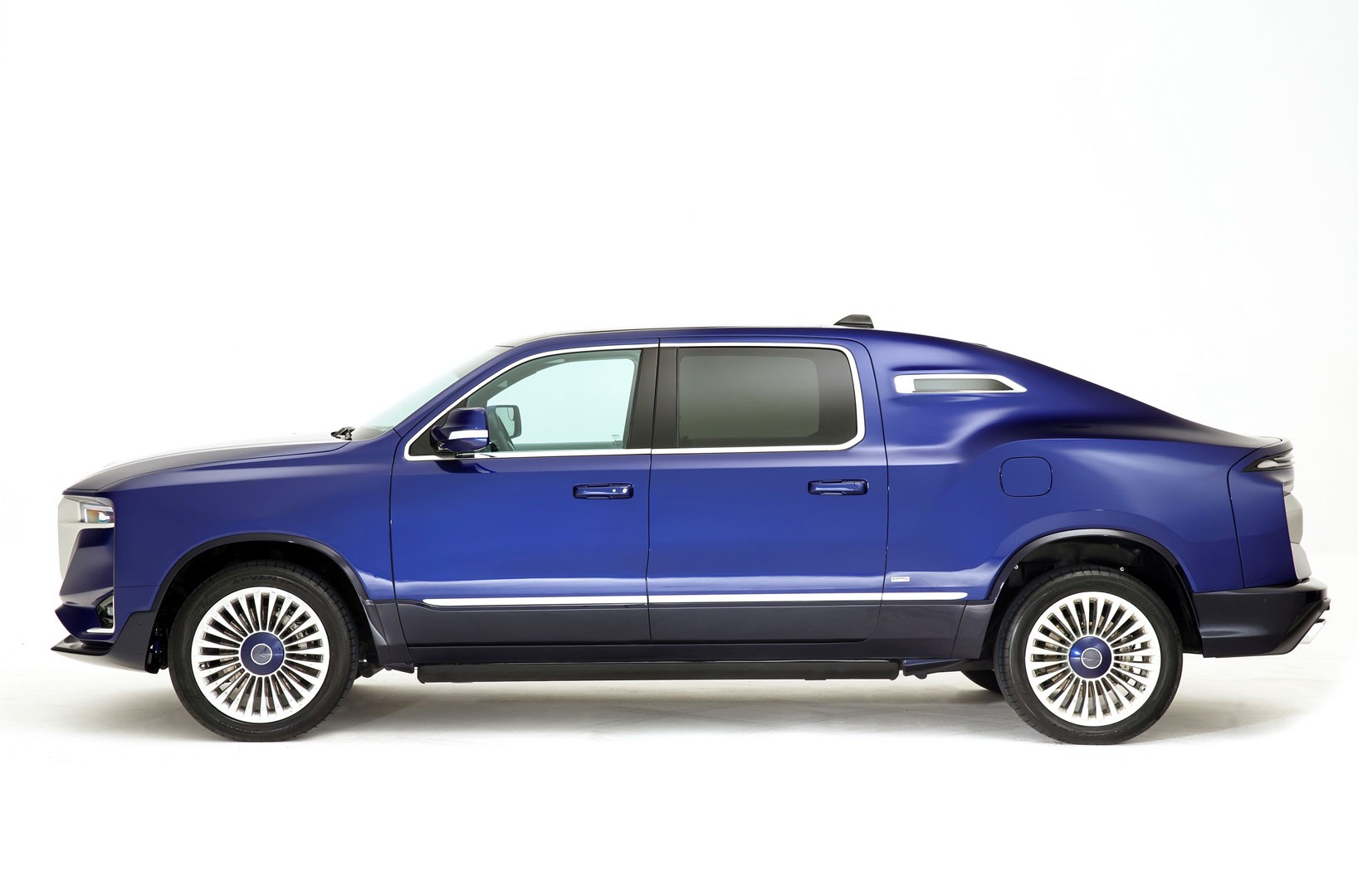 Moving further back, fans will notice a lot of Ram 1500 in the design as the model is based on America’s second most popular pickup. This shouldn’t be too surprising since the Palladium is a more luxurious take on the Ram-based Aznom Atulux from 2018.

Putting its origins aside for a moment, the Palladium has plastic body cladding, chrome accents and bulging rear fenders. Designers also installed a “horizon window” on the rear pillar which allows passengers a glimpse outside while maintaining their privacy.

Continuing out back, there’s a sloping rear window and a distinctive rear end which eschews a traditional drop-down tailgate. Instead, the model has a power retractable drawer which extends horizontally. 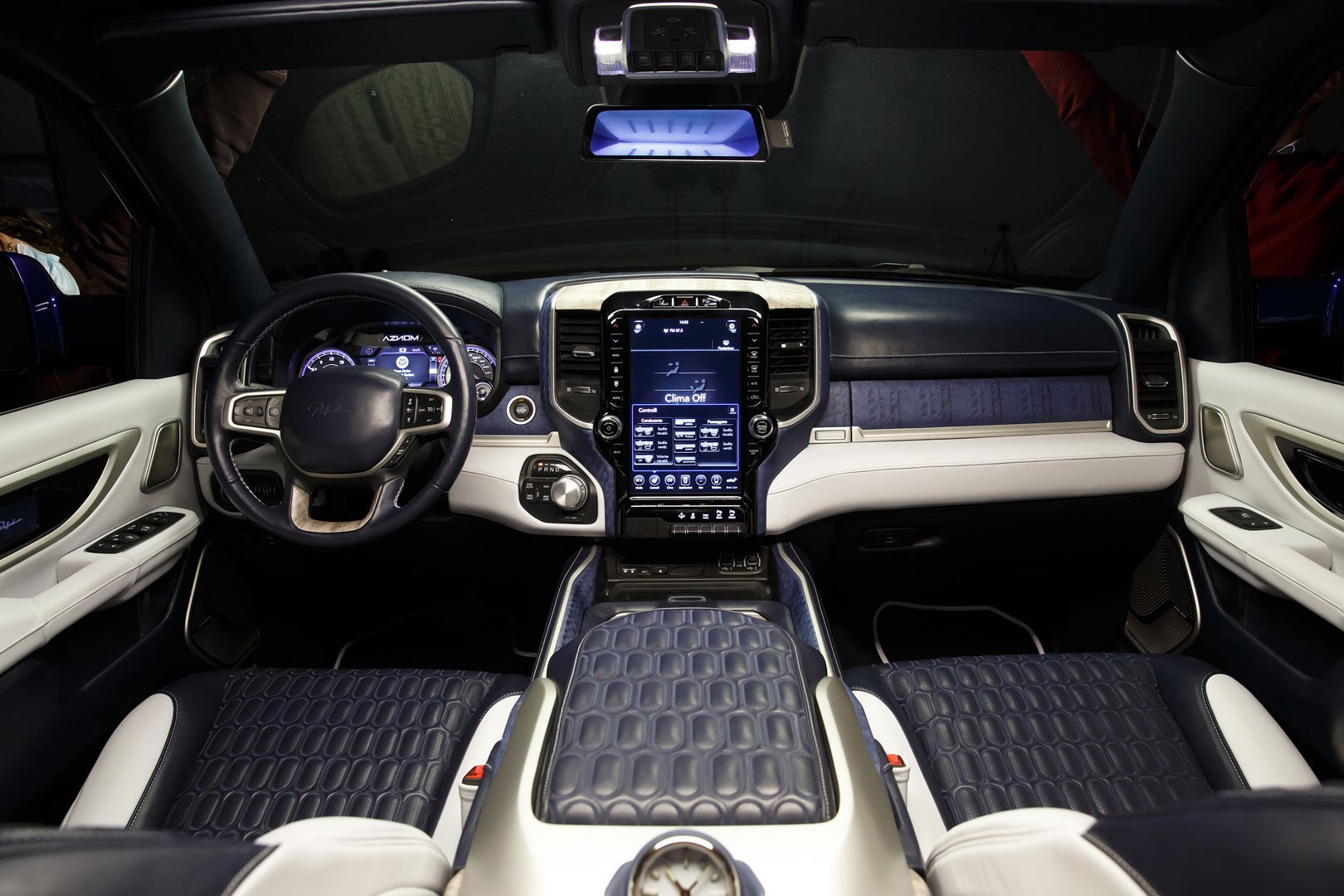 The Palladium’s origins are clearly visible in the cabin as the front row is little more than a Ram 1500 dressed up in fancy leather, wood trim and aluminum accents. However, there is a new touchscreen on the driver’s door which controls the interior lights, on-board refrigerator and trunk as well as the opening and closing of all drawers and compartments.

Rear seat passengers are far better off as they’re treated to a sofa-like bench which is covered in leather and accented by stylish wood trim. As previously teased, the seat is flanked by drawers which open to reveal a liquor cabinet.

Other highlights include a Harman Kardon audio system, two Microsoft Surface Pro X tablets, and a handmade clock which incorporates gold and palladium. In an interesting touch, the clock can be removed and used as an “elegant piece of home furniture.” 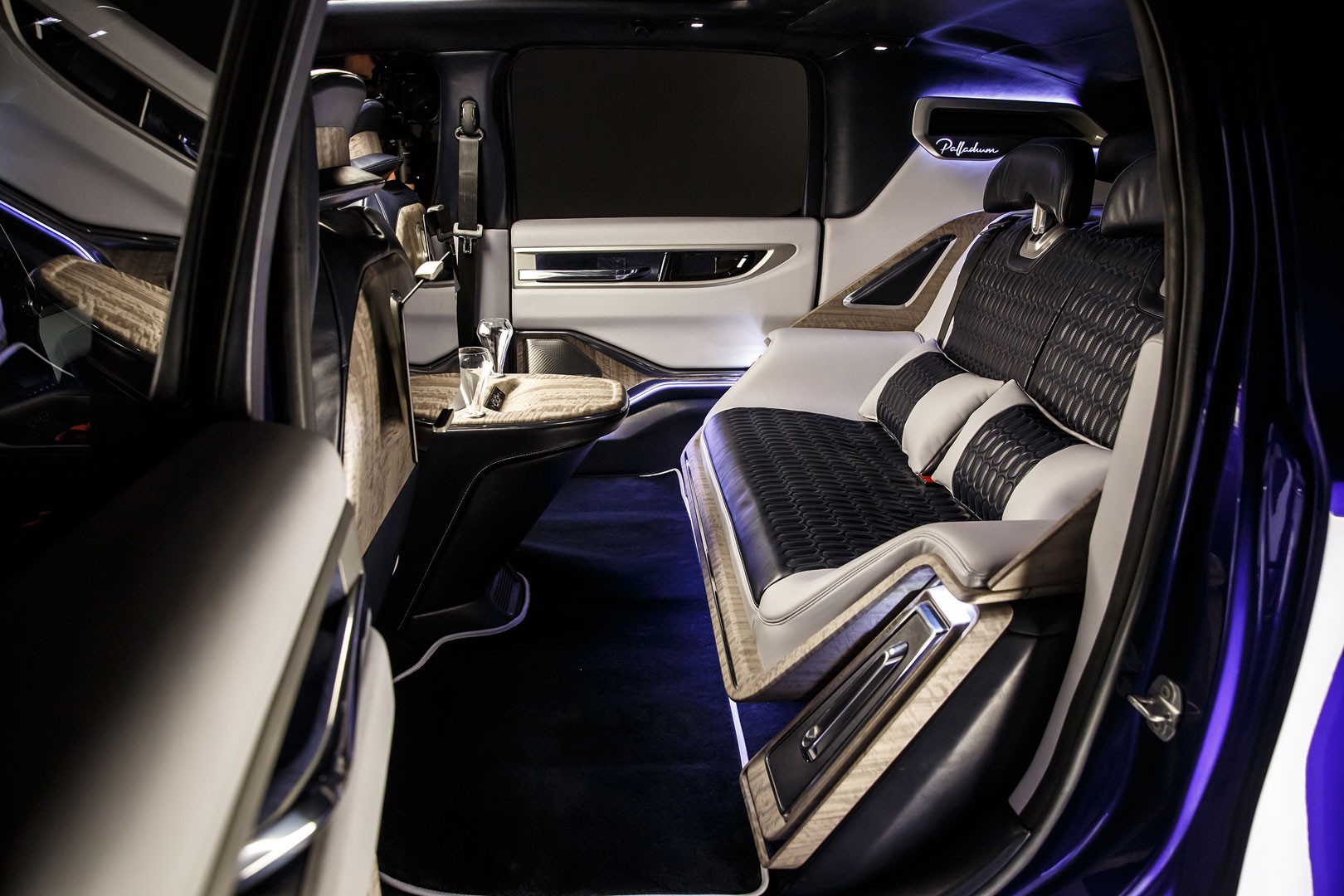 The engine is connected to an eight-speed automatic transmission and a selectable four-wheel drive system. This setup reportedly enables the Palladium to accelerate from 0-62 mph (0-100 km/h) in 4.5 seconds, before hitting a limited top speed of 130 mph (210 km/h).

When it comes time to stop, the 5,842 lbs (2,650 kg) truckousine relies on a high-performance Brembo braking system which resides behind 22-inch aluminum wheels. It features six-piston calipers which grab onto 16 inch (408 mm) ventilated discs up front. Out back, there are four piston calipers and 15 inch (380 mm) discs.

While the truck weighs nearly three tons, the Palladium features a carbon fiber roof and hood. There are also composite bumpers and a handful of aluminum components.

Production will be limited to ten units and buyers will be able to customize “every detail” of the model. There’s no word on pricing, but the company expects sales to come from China, Russia, the Middle East and the United States.